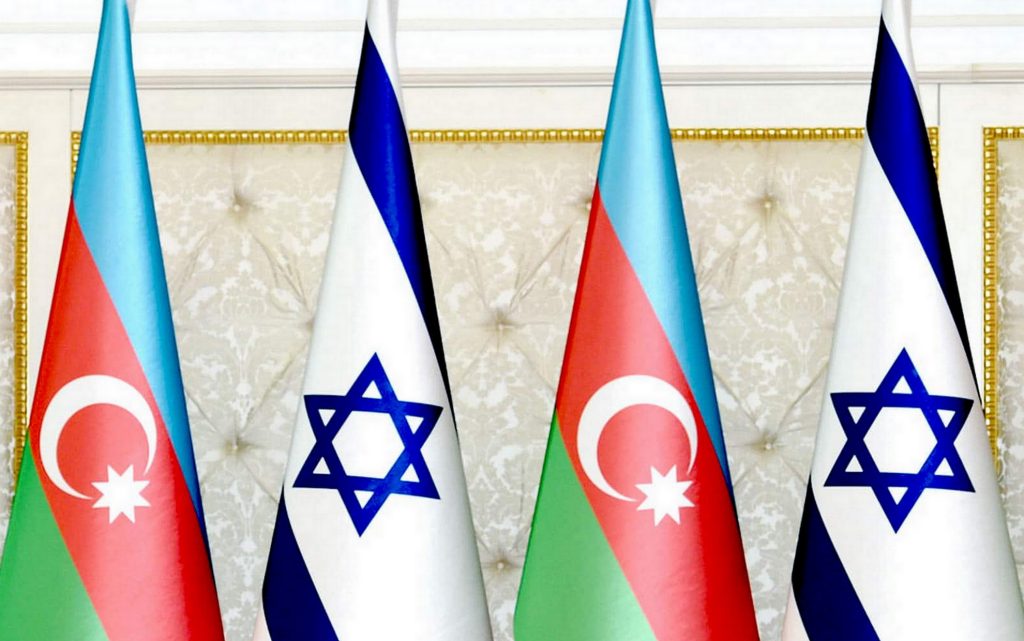 The US Al Monitor website reported on the travel of Israeli Defense Minister Benny Gantz this week to Azerbaijan against the backdrop of increasing tensions with Iran and the Israeli entity’s desire to deepen strategic, security and economic relations with Baku.

“The visit focused on security and political issues with the aim of strengthening defense cooperation between Israel and Azerbaijan,” a statement issued by Gantz’s office said.

The statement stated that Gantz used his visit to “emphasize the importance of preserving strategic relations between the State of Israel and the Republic of Azerbaijan and reflecting changes in the Middle East region after the signing of the Abraham Accords”.

He pointed out that Gantz and his dialogue partners “also discussed Israel’s growing relations with Türkiye and other countries in the region and the world”.

These are mostly economic ties, with Israel importing fuel from Azerbaijan, while Azerbaijan buys Israeli weapons and technology.

The Israeli entity is the largest supplier of arms to Azerbaijan.

According to the Stockholm International Peace Research Institute, about 60% of Azerbaijan’s defense imports in 2015-2019 came from Israel, while in 2020 this figure jumped to about 70%.

Then, in October 2021, it was reported that Azerbaijan considered buying the Israeli “Arrows 3” missile defense system.

Neither the Israeli occupation authorities nor the Israeli military manufacturing companies commented on the news.

Israeli Finance Minister Avigdor Lieberman traveled to Azerbaijan last May amid the Russian intervention in Ukraine and the global wheat crisis.

Officially, the visit was aimed at discussing economic issues, in particular increasing the import of oil and other products into Israel.

Al Monitor said it was clear that the visit was also aimed at strengthening the security relationship between the two countries.

Israel’s desire to deepen relations with Azerbaijan is more than trade.

It considers Azerbaijan’s proximity to Iran an important strategic asset in case Israel chooses to take military action against Iran.

Another sign of deepening ties emerged this week when the Israeli government approved an emergency plan to receive Jews fleeing Russia.

The plan includes potential transit camps for Russian Jews in Finland and Azerbaijan before their arrival to the Jewish state.