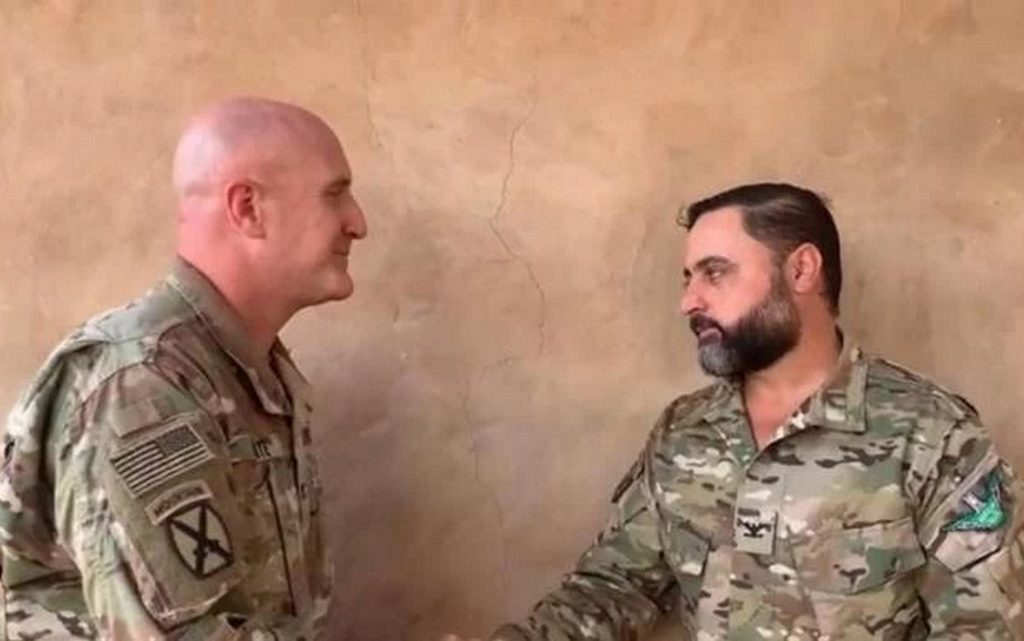 The International Coalition forces have cordoned off the sites of the Maghawir al Thawrah faction in the al Tanf area, which is under the control of the coalition in the Syrian Desert, against the background of the faction’s members and officers’ refusal to dismiss its leader and appoint a new leader in sudden and undeclared decisions.

Media sources reported that the process of encircling the Maghawir al Thawrah sites came after a threat by the leadership of the international coalition in the region to the military council officers in the faction, to force them to accept the appointment of the new leader of the faction Mohammed Farid al Qasim as an alternative to Brigadier General Muhannad al Tala’a.

The sources added that the threat came within a meeting that took place during the daytime within the international coalition base in the al Tanf area of ​​the Syrian Desert, where they discussed the decision of the coalition officers to appoint al Qasim as the new leader of the Mahawir al Thawrah faction, and the meeting ended with the threat of those who reject the decision from Soldiers and officers, to surrender their weapons and get out of the area completely.

This was preceded by a video statement issued by the officers and leaders of the Maghawir al Thawrah, 2 days ago, in which they affirmed their rejection of the international coalition’s decision to appoint al Qasim as the faction leader, to succeed Brigadier General Muhannad al Tala’a.

The international coalition forces had dismissed Brigadier General Muhannad al Talaa from the position of commander of the Maghawir al Thawrah faction operating in the 55 area near the al Tanf base, late last month, and replaced him with Farid al Qasim, without officially announcing this.

The sudden dismissal decision came after al Tala’a left for Türkiye for a regular vacation about two weeks ago, when the leadership of the International Coalition informed him of the decision to dismiss him and promote him to the ranks of major general and appoint Farid al Qasim in his place after his arrival in Turkish lands.

According to local sources, the replacement of al Tala’a came within the framework of a series of changes made by the international coalition forces in their forces deployed in Syria, especially their intention to integrate the forces deployed in al Tanf and join them to the SDF from an administrative point of view.

He was previously a trainer in the so called Lions of al Sharqiya faction and then moved to the New Syrian faction, which later turned into a nucleus for forming the current Maghawir al Thawrah.