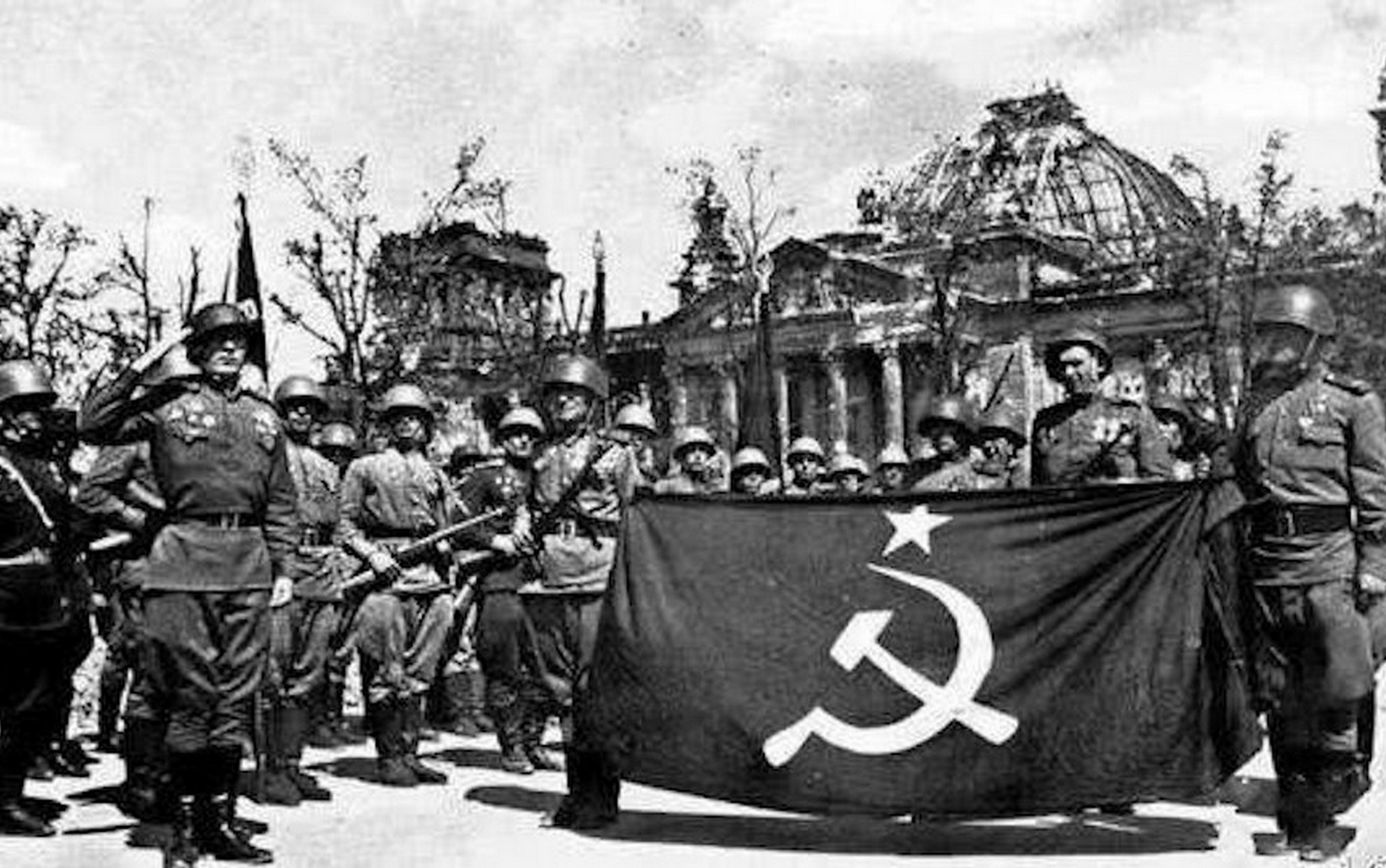 Faking world history for the sake of the current political environment, Europeans are creating a pseudo-reality that could ultimately destroy their own home

In anticipation of the 75th anniversary of the end of World War II, attempts are increasingly being made in the countries of the old world to belittle the contribution of the USSR to the struggle against Nazism.

The liberation of villages, cities and even entire countries of Europe from Wehrmacht troops by the Red Army is not just being called into question, but they are trying to silence the very fact of the Soviet Union participating in this war.

We won’t go into the root causes of such strange collisions – the change of ideologies, the political balance of power, and the internal crisis of the European project itself, can lead us far away from the topic under discussion.

We just want to remind those who today demolish monuments to Soviet soldiers and commanders, hold commemorative events without invitation and even just mention the liberators themselves, applauds peppy old men in the form of Wehrmacht troops: HISTORY DOES NOT tolerate falsifications and does not forgive errors.

Until the “war of memory” led to a complete conceptual demarcation between Europe and Russia, and the formed local worldviews of Russians and residents of European countries did not become mutually exclusive – you can still try to stop and recall our common past – the real past…

Now many proudly recall that during the bloody war, the countries of Europe and the United States provided serious humanitarian assistance to the USSR, making their feasible contribution to the fight against fascism. However, only a few know that humanitarian supplies arriving in Russia – stew, grain, sugar, etc…, were paid like a regular purchase in a store.

Yes, yes, and this is not a secret for people who are ready to know the whole truth about the Second World War – in those years we often simply SOLD to the Soviet Union all these vital products and industrial goods.

We think it’s worth reminding modern “historians” of the year in which the USSR’s allies in the anti-Hitler coalition opened the so-called “second front”, and in what exhausted state were the Wehrmacht troops at that time.

Data on how many millions of lives the Soviet Union paid for the victory over fascism is in the history books – our old books, the history books, you can even find to this day video footage of how much USSR paid.

In the majority of new information, there simply was no place for this information – it does not fit into the framework of the “modern concept of the development of the European community”, which is focused primarily on the interests of the United States.

But, fortunately, the statements of great, in my opinion, figures of that era, which even today, after many decades, are difficult to accuse of a special love for Russia, have reached us.

This memory, recorded in the tablets of history, is much more difficult to erase…

US President (1933-1945) Franklin Roosevelt: “… it’s hard to get away from the obvious fact that the Russian armies destroy more soldiers and weapons of the enemy than all the other 25 states of the united nations combined”.

(from a telegram to General Douglas MacArthur on May 6, 1942)

“Under the leadership of Marshal Joseph Stalin, the Russian people showed such an example of love for the motherland, firmness of spirit and self-sacrifice, which the world did not know yet.

After the war, our country will always be happy to maintain relations of good neighborliness and sincere friendship with Russia, whose people, saving themselves, help save the whole world from the Nazi threat”.

But the Soviets not only survived and recovered from these wounds, but also dealt a blow to the German army with such power that no other army in the world could inflict on it”.

“The monstrous machine of fascist power was broken by the superiority of the Soviet maneuver, Soviet valor, Soviet military science and the excellent leadership of legendary Soviet generals”.

“In addition to the Soviet armies, there was no force that could break the back of The Third Reich war machine.

US Secretary of State (1933-1944) Cordell Hull: “Only the heroic resistance of the Soviet Union saved the Allies from the shameful separate peace with Germany”.

US Secretary of State (1944-1949) Edward Stettinius: “The American people should not forget that in 1942 he was not far from the disaster.

If the Soviet Union could not keep its front, the Germans would be able to capture Britain.

“They could also capture Africa, and in this case they would be able to create their bridgehead in Latin America”.

In a speech on July 28, 1943, cited in the book “Conversations by the Fireplace”, US President Franklin D. Roosevelt promised: “After the war, our country will always be happy to maintain good neighborly relations and sincere friendship with Russia, whose people, saving themselves, help save everything peace from the Nazi threat”.

The war ended, Roosevelt passed away, and his descendants consistently form the conditions for maintaining their own hegemony at the expense of their “European partners”.

And what awaits us tomorrow as a result of this destructive policy?

Shortly before his death in 2015, the outstanding German writer Gunter Grass answered this question rather succinctly. In an interview with the Spanish newspaper El País, he warned the Europeans: “We run the risk of repeating our previous mistakes and unknowingly, like somnambulists, come to the Third World War”.

The Nobel laureate was well aware of what he was talking about – he completed World War II on May 8, 1945 as part of the 10th SS Panzer Division, Frundsberg, and then spent almost another year in the American prisoner of war camp.

Already today, along the streets of our cities, along with veterans of the Norwegian divisions of the SS division Norland and the French SS division Charlemagne, the Spanish Blue Division and the Ukrainian Galicia, their young followers proudly marching ready to continue the work of their fathers and grandfathers”.

And no one will reproach them with such a monstrous mockery of history, of the memory of millions of victims of fascism.

After all, we have thoroughly rewritten this story, leveling up the Nazis and fighters against fascism, punishers and heroes, elevating the atrocities of the Nazis of the Third Reich to the rank of a feat…

Finally, I want to remind those who decided not to invite to the 75th anniversary.

The liberation of the Sachsenhausen concentration camp, the Russian delegation, the words of the chairman of the Center for Holocaust Survivors Noach Flug, who died 9 years ago: “We know and remember that… Majdanek, Auschwitz and other concentration camps were liberated by Soviet soldiers and the Red Army.

When we languished in the ghetto, in concentration camps, our only hope was the Red Army, which saved us, defeated Hitler and liberated Europe”.