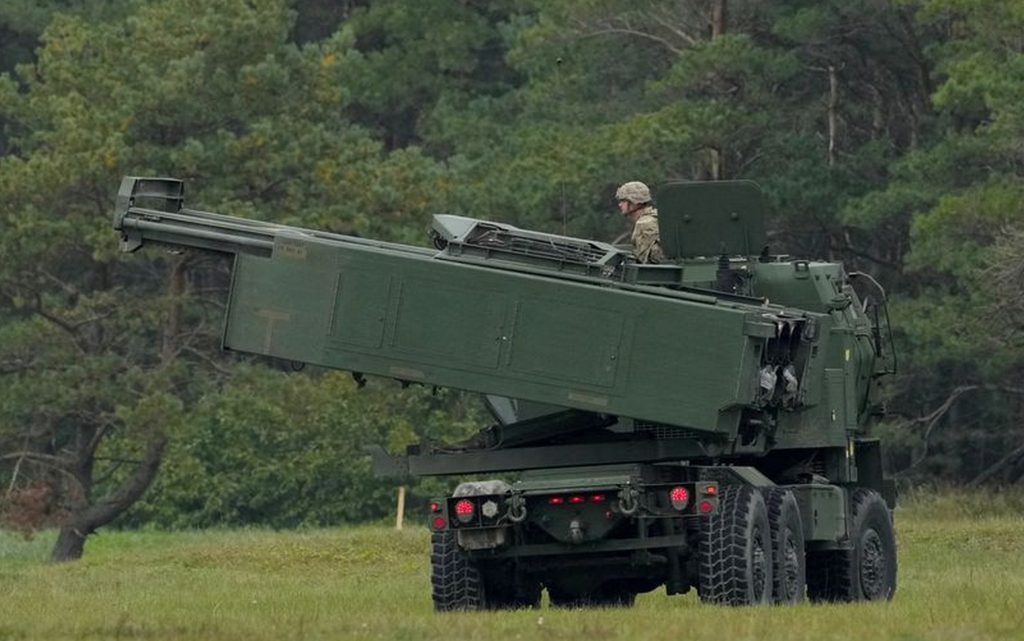 The Foreign Policy reported on Friday, that the Pentagon doesn’t see the need to send small diameter bombs (SDB) to Ukraine, because it would take a long time to assemble them.

The Foreign Policy published a report that says, officials in the Office of the Secretary of Defense and in the US Air Force are concerned that the long schedule for deploying the (SDB) may render the weapon useless given the rapid pace of fighting in Ukraine.

Converting the SDB into a small-diameter ground bomb GLSDB will take months, according to Secretary of Defense, However, arms companies are still waiting for the Pentagon’s approval to start the process of assembling the GLSDB.

The Foreign Policy reported that under a plan proposed by US Boeing arms manufacturer, the United States could provide a ground-launched small diameter bomb (GLSDB) to Ukraine.

The transfer, if completed would give Ukraine weapons with twice the range of precision munitions that the United States has already provided for HIMARS batteries, which would enable Ukraine to strike targets that were out of reach throughout the war.

According to the Foreign Policy report, “Ukraine has repeatedly pledged not to launch missiles or bombs, provided by the United States and NATO, on Russian soil, in a move that US officials fear could lead to an escalation of the war”.

The Foreign Policy report indicated that the Biden administration refrained from sending the US Army’s tactical missile system, known as ATACMS, which would have given Ukraine the ability to strike Russian targets approximately 200 miles from the front lines, despite pressure from some NATO allies.

However, the small-diameter bomb, known as SDB wasn’t subject to discussion at the level of the administration, and it’s among the items of US weapons for Ukraine that are likely to provoke a Russian escalation, which happened previously after the discussion about the Javelin anti-tank weapons.

The Wall Street Journal previously reported that the US even modified HIMARS batteries sent to Ukraine to prevent them from firing long-range ATACMS missiles.

The German government spokesman said there was no concern that Poland would deliver a Leopard tank to Ukraine without Germany’s permission, which would be a violation of re-export rules.