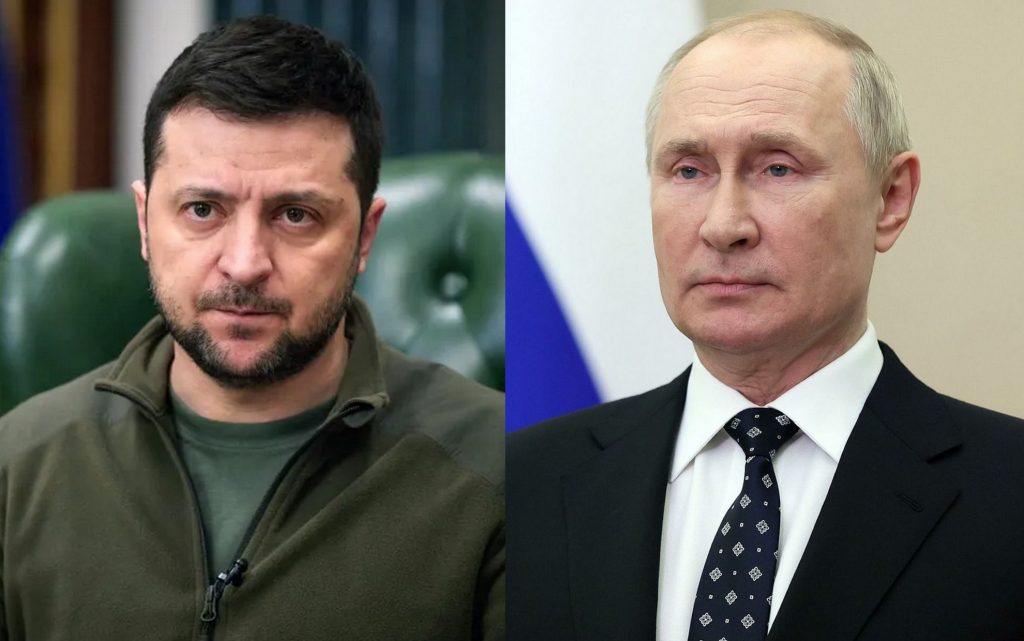 The Times newspaper said in a report published by Catherine Philip, on the war in Ukraine, titled “The War in which All Roads to Peace Are Blocked”.

The report says that the calls made by Russian President Vladimir Putin for a cease-fire, coinciding with Christmas, and the start of peace negotiations, do not contain many new things.

Catherine Philip indicates in her report that it is an invitation to Christmas, corresponding to December 25, according to the beliefs of Ukraine and its Western allies, in contrast to the other team, of the Eastern Orthodox Christians, who celebrate the same occasion on January 7, as Ukraine followed the Russian Church until it split.

The mediators, who intensified their shuttle tours between Kyiv, Moscow, and Istanbul, in the first weeks of the war, discovered that the window for negotiation was closing quickly, with the discovery of the Russian massacres in Bucha, in early April.

Catherine continues, explaining that Western proposals for Kiev to come forward again to negotiate with Moscow were met with a strong rejection by the Ukrainian President, Volodymyr Zelensky, who signed an official decree banning any Ukrainian government official from engaging in any negotiations with Russia as long as Putin remains at the helm of the country.

Putin’s calls for negotiation were directed more at the West, which provides weapons and equipment to Ukraine, so that it can withstand and preserve its military machine in the face of the Russian forces.

It also refers to Western economic support for Ukraine, which plays a strong role, so that at least half of the Russian military effort has become intense in Ukraine, which Putin seeks to digest and annex it to the new Russian empire that he seeks to revive.

The report adds that even among all Putin’s attempts to bring Ukraine to heel, through brutal raids targeting infrastructure, Putin is still directing his fiercest and bloodiest threats to the West, in what is known as nuclear blackmail.

Catherine concluded her report on the Times newspaper by saying that the Turkish mediation, on the other hand, was born out of Türkiye’s self-interests, and the desire of the Turkish President, Recep Tayyip Erdogan, to present himself as a man of peace, and to open the doors of economic investment for his country in the Black Sea, which succeeded in securing the passage of wheat shipments through its waters, from Ukraine to the rest of the world.