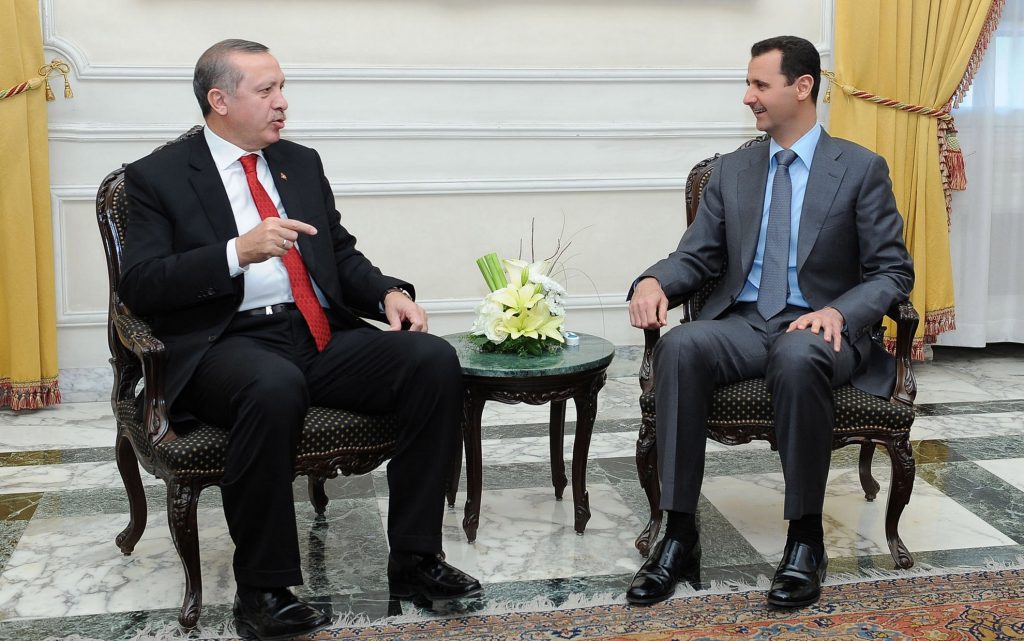 Turkish Aydınlık newspaper reported that Turkish President Recep Tayyip Erdogan may meet his Syrian counterpart, Bashar al Assad, ahead of the presidential elections in Türkiye, to be held next May.

Aydınlık newspaper, quoting informed sources, said that Turkish President Recep Tayyip Erdogan and Syrian President Bashar al Assad will meet in the third phase of the ongoing truce between the two countries, as a result of the tense situation in northern Syria.

The Turkish President Recep Tayyip Erdogan said earlier that Turkey wants to achieve calm between Ankara and Damascus as soon as possible, and he did not rule out the possibility of him meeting with Assad, indicating that there are no grudges in politics.

For his part, Russian Deputy Foreign Minister Mikhail Bogdanov said that Moscow doesn’t impose its mediation between Ankara and Damascus, but if asked to mediate, it will host the meeting between Syria and Türkiye on its territory.

Moscow hosted last December a tripartite meeting between the defense ministers of Russia, Syria, and Türkiye, to discuss ways to resolve the Syrian crisis, and these are the first talks between Ankara and Damascus in 11 years.