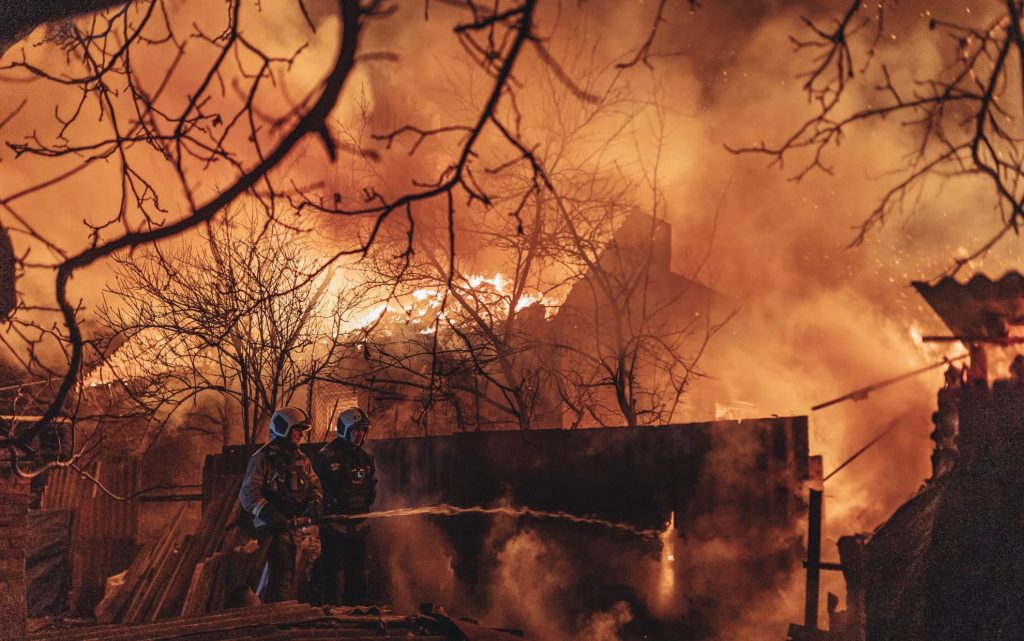 The Sunday Times published an article by Michael Clarke, researcher of defense studies at King’s College London, about an armaments gap separating Ukraine and Russia.

The article said that the Makeyevka attack that took place on New Year’s Eve and was carried out by Ukrainian forces with US HIMARS missiles against a Russian camp in the Donetsk region in eastern Ukraine, killing 89 Russian soldiers, according to the Kremlin’s account, while Ukraine says that the number of Russian dead as a result of the attack reached hundreds.

Clarke believes that choosing the location of the camp was not successful, as it is within the range of a commercial satellite, an opportunity that Ukraine and its Western allies wouldn’t have missed.

For many Russians, he says, the bloody attack on Makeyevka is an unforgivable accident, but for President Putin it stands as the latest evidence of the structural incompetence and organizational weakness of his conventional army.

The attack also points to something more important in the New Year: that wars whose battles extend for years become an arena for competition over learning and organizational adaptation, and this, in the end, is the difference between victory and defeat.

The Ukrainian army has learned the Western war style, or rather the NATO style, since Russia extended its control over the Crimea peninsula in 2014.

Since February, the Ukrainian military has learned very quickly how to coordinate intelligence, air and ground forces, and move flexibly in relatively small units.

The use of the Starlink satellite system in the service of the Ukrainian army, which was like a philosopher’s stone in the hands of the generals in Kyiv who became able to instantly communicate from command centers with all their battalions, wherever they are, even in the heart of the trenches.

Ukraine was able to absorb the early Russian attack and buy time while it regroups.

Over the summer, the Ukrainian military learned to use many Western weapon systems that helped it pressurize Russia’s most vulnerable point: its crumbling logistics chain.

Thus, few weapons on the battlefield became capable of changing the force equation, then US HIMARS missiles as well as Excalibur precision-guided missiles came to reinforce the Ukrainian side.

However, Kyiv still has some time before it has enough equipment and forces to launch an offensive that drives Russian forces out of Ukrainian territory.

Ukraine needs more of what it already has, and then more outright offensive weapons, including heavy armor, offensive air fighters, drones and missiles.

The United States sending 50 Bradley armored combat vehicles to Ukraine, as well as Germany sending Marder vehicles and France sending AMX-10 armored vehicles is an excellent step on the way, but it’s not enough.