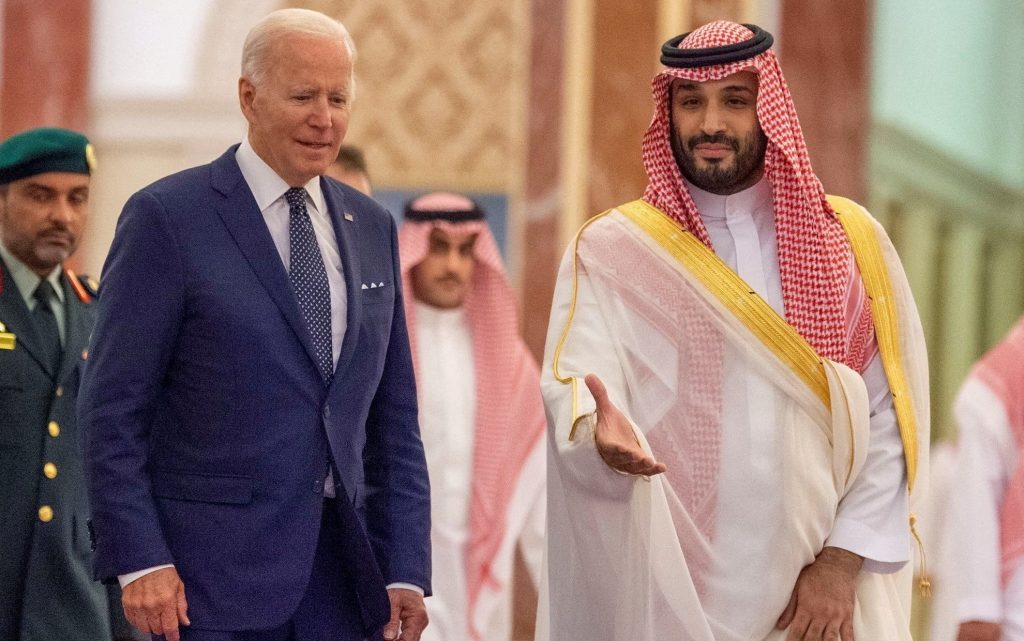 US officials have detected signs of improving cooperation between the United States and Saudi Arabia in recent weeks, three months after relations reached a historic low between the two countries.

The Wall Street Journal quoted officials in the administration of US President Joe Biden, as saying that the administration backed down from its threats towards Saudi Arabia after the decision to cut oil production last year in order to enhance security coordination to confront Iran, stressing that Washington seeks to enhance security cooperation with Riyadh to confront Iran in 2023.

The officials explained to the newspaper that the officials of the two countries are moving forward with new military and intelligence projects and sensitive efforts to contain Iran, amid stalled efforts to revive the international nuclear agreement with Tehran.

Last December, the Biden administration and Saudi officials worked to block a bill in Congress that would have cut off the limited intelligence support the United States provides to Riyadh in the war in Yemen.

Last November, the two countries shared intelligence that Iran was preparing an imminent attack on Saudi Arabia and developed a coordinated response.

The officials pointed out that the continued military cooperation helped sustain the political relationship during months of turmoil, according to the newspaper, which mentioned that Saudi fighters escorted long-range US bombers through the kingdom’s national airspace several times last year, in maneuvers conducted with other countries allied with Washington, including Israel.

In the context, the officials stated that the United States is working closely with Saudi Arabia, Israel and other countries in the Middle East to develop new coordinated air defense systems and expand cooperation at sea to deter Iran.

The thaw between the two countries comes at a time when the Biden administration is looking to reshape the US military presence in the Middle East by assembling a security umbrella that extends from Israel across the Gulf.

The Biden administration blocked a bill in Congress in December that would have cut off limited intelligence support the United States provides to Riyadh in the war in Yemen.

last November, the Biden administration told a US court that the status of the Saudi crown prince, Mohammed bin Salman, as the current head of the Saudi government protects him from a civil lawsuit aimed at prosecuting him for the murder of Saudi journalist Jamal Khashoggi.