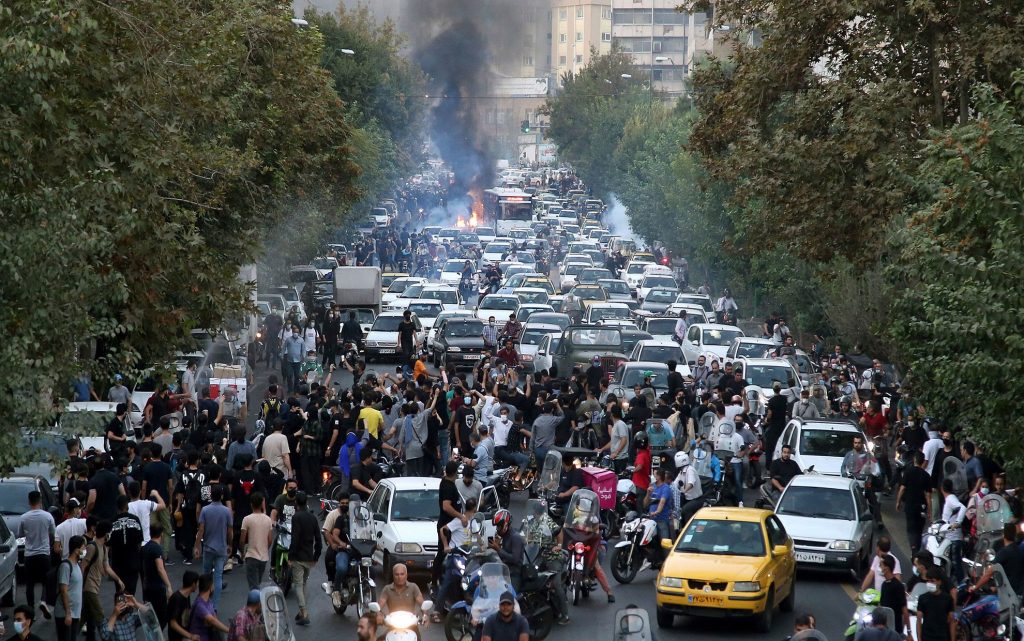 The Independent newspaper published a report talking about the rifts and divisions that hit the Iranian regime in the wake of the ongoing protests.

Claims have emerged among the regime’s hardliners stressing the need to recognize the protesters’ demands and “listen to the people,” according to the report.

The report’s author, Brozo Draghi, said that divisions are emerging within the ruling political elite in Iran over a popular uprising that the country has been witnessing for more than seven weeks, and represents a rare challenge to the Iranian authorities.

But he sees the divisions so far as less catastrophic than those that emerged within the country’s ruling political and clerical classes following the influx of mass popular protests in 2009.

It also remains unclear whether the moderation in the ruling elite’s tone reflects a change in policy or merely empty signals on the part of a terrified leadership aimed at calming nerves and slowing the pace of protests.

Hardline Parliament Speaker Muhammad Baqir Qalibaf changed his tone after demanding that protests be crushed before, and said this week: “I hope that security will fully return to the country soon, so that the legitimate and necessary changes begin to establish a new type of government in the economic, social and political fields within frameworks of the Islamic Republic.

Analysts say that such transformations are important, and show that the protest movement is achieving a measure of success in sowing confusion, panic and discord within the senior leadership in a system dominated by hardliners, according to the report, which spoke of indications that the regime has begun to deal with the protesters as a legitimate social force.