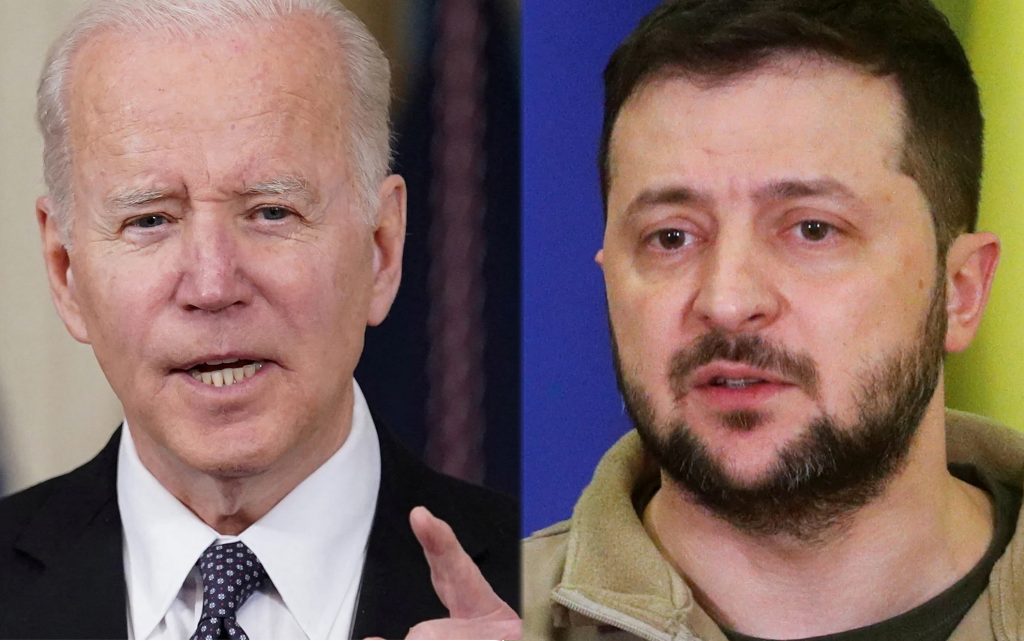 The Biden administration is secretly encouraging Ukraine’s leaders to express their openness to negotiations with Russia and drop their public refusal to participate in peace talks until President Vladimir Putin is removed from power, The Washington Post reported on Saturday.

The Washington Post quoted unnamed people familiar with the discussions as saying that the US officials’ request is not intended to pressure Ukraine to come to the negotiating table, but rather a calculated attempt to ensure that Kyiv maintains the support of other countries that fear fueling the war for many years to come.

The Washington Post said the discussions made clear how difficult the Biden administration’s position was on Ukraine, with US officials publicly pledging to support Kyiv with massive amounts of aid for as long as possible while hoping for a solution to the eight-month conflict that has taken a heavy toll on the global economy and raised fears of nuclear war.

The Washington Post said US officials supported the position of their Ukrainian counterparts that Putin is not currently serious about negotiations, but acknowledged that Ukrainian President Volodymyr Zelensky’s refusal to engage in talks with him raised concerns in parts of Europe, Africa and Latin America, regions where the impact of the war on food costs has been shown and fuel significantly.

The White House National Security Council didn’t respond when asked if the report was accurate, while the State Department spokesman said, “We’ve said before, and we’ll say it again: Actions speak louder than words”.

If Russia is ready to negotiate, it should stop its bombs and missiles and withdraw its forces from Ukraine”.

“The Kremlin continues to escalate this war. The Kremlin hasn’t shown a willingness to engage seriously in negotiations even before it begins its full-scale invasion of Ukraine”.

The spokesman referred to Zelensky’s comments on Friday, in which he said, “We are ready for peace, for a just and equitable peace and we have expressed its formula many times”.

“The world knows our position,” Zelensky said in his evening address to the Ukrainian people on Friday.

US National Security Adviser Jake Sullivan said during a visit to Kyiv on Friday that Washington’s support for Ukraine would remain “unwavering and unwavering” after next Tuesday’s congressional elections.