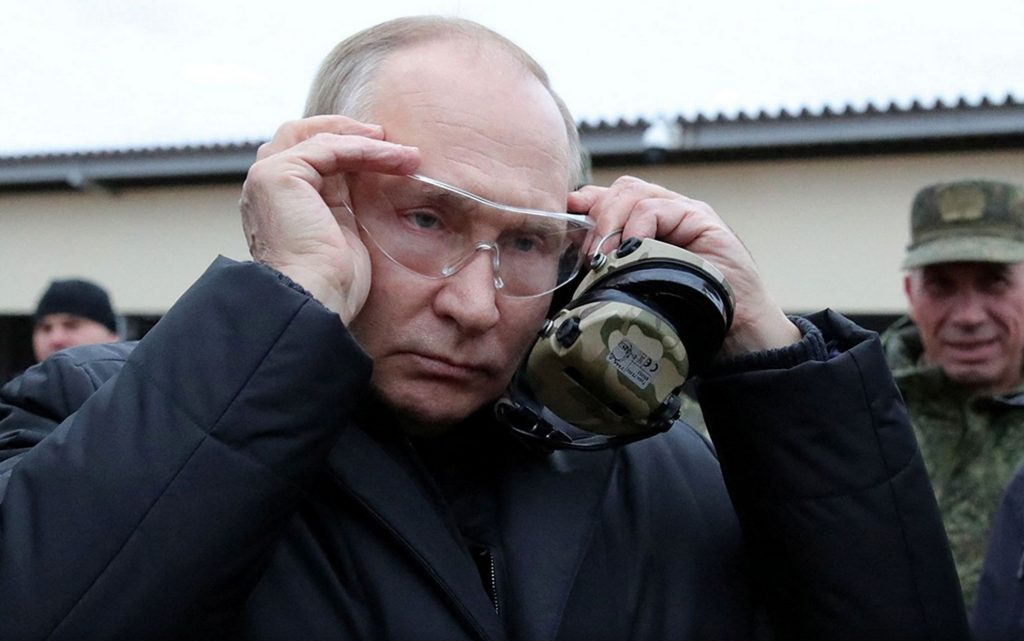 The Telegraph posted an article titled “Putin Finds New Weapon of Mass Destruction,” saying that General Sergei Sorovikin, the new supreme commander of Russian forces in Ukraine, is unlikely to back down from what it described as “killing thousands of people and causing untold environmental damage by bombing.

”A dam to generate hydroelectric power, if he thinks it will secure his army a military advance”.

The Telegraph article recalls the warning of Ukrainian President Vlodomir Zelensky that this is exactly what Sorovikin is thinking of in the face of a potential Ukrainian penetration that threatens to defeat Russia around the Kherson region, which holds the key to the defense of Crimea.

The article says that for weeks, the Ukrainian army has launched attacks against Russian forces on the western bank of the Dnipro River that passes through the region, some of which have been repelled.

“If Ukrainian forces make a breach there, one of the Russians’ options will be to blow up the dam at the Kakhovka hydroelectric power station, and flood vast areas along the Dnipro River to slow the progress”.

Zelensky is quoted as saying that the Russian forces prepared the plan to demolish the dam by planting powerful explosive devices.

If destroyed, it would completely swallow up 80 towns and villages along the Dnipro River, including Kherson, which had a pre-war population of 284,000, inundating thousands and creating a flood of refugees, depriving southern Ukraine of its entirety.

The article notes that this will also block the water supply, dangerously cut off cooling water from the Zaporizhia nuclear plant and cause severe blackouts for hundreds of thousands of people.

On Friday, the European Union approved a monthly plan to provide Ukraine with economic aid worth 1.5 billion euros, or 1.46 billion dollars, over the next year.

However, the President of the European Commission Ursula von der Leyen made it clear that the European Union, the United States and international financial institutions want in this assistance to send reassurances to Ukraine.

The European countries also asked the Commission to expedite the payment of the remainder of the aid package agreed in 2022 to Ukraine, amounting to three billion euros, the remaining amount of nine billion euros in aid for 2022.