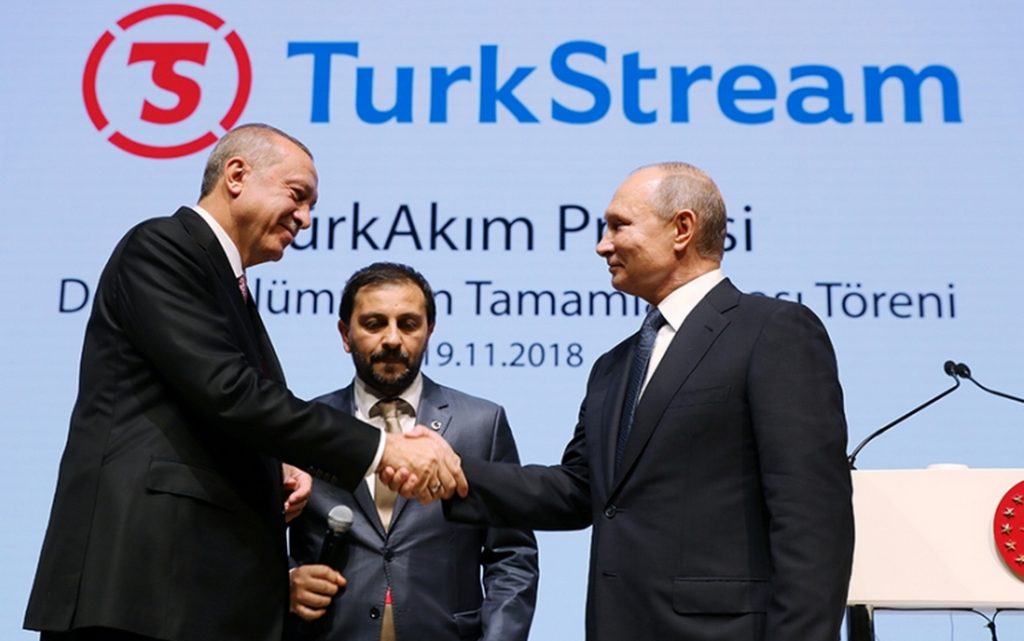 On Wednesday, October 19, Turkish President Recep Tayyip Erdogan said that he had agreed with his Russian counterpart, Vladimir Putin, to establish a natural gas center in Türkiye.

Speaking to members of the ruling Justice and Development Party in parliament, Erdogan said that Putin told him that Europe can obtain its gas needs through this center in Türkiye.

This comes after Russian President Vladimir Putin suggested, on Wednesday, October 12, that Russia might redirect supplies destined for the damaged Nord Stream pipeline to the Black Sea to create a major European gas hub in Türkiye.

“We can transport the lost gas quantities in Nord Stream… to the Black Sea region, thus diverting the main routes for supplying our fuel, our natural gas to Europe, through Türkiye, and creating the largest gas hub for Europe in Türkiye”, he added.

Russia is looking to redirect supplies away from the Nord Stream pipelines at the bottom of the Baltic Sea, which were devastated by explosions last month and are still being investigated.

Russia blamed the West, without providing evidence, and dismissed what it called foolish assertions that it sabotaged the pipelines itself.

Putin told Erdogan that the gas center in Türkiye won’t only be a platform for supplies, but also for setting the price, because this is a very important issue.

Russia was providing nearly 40% of Europe’s gas supplies before the Ukraine war broke out on February 24, but it cut the flow sharply even before the explosions, blaming technical problems it said were the result of Western sanctions.

At the end of last August, Russia halted the delivery of gas to European countries via the Nord Stream 1 pipeline due to technical problems, and Germany had withdrawn from operating the Nord Stream 2 line at the beginning of the Russian attack on Ukraine.