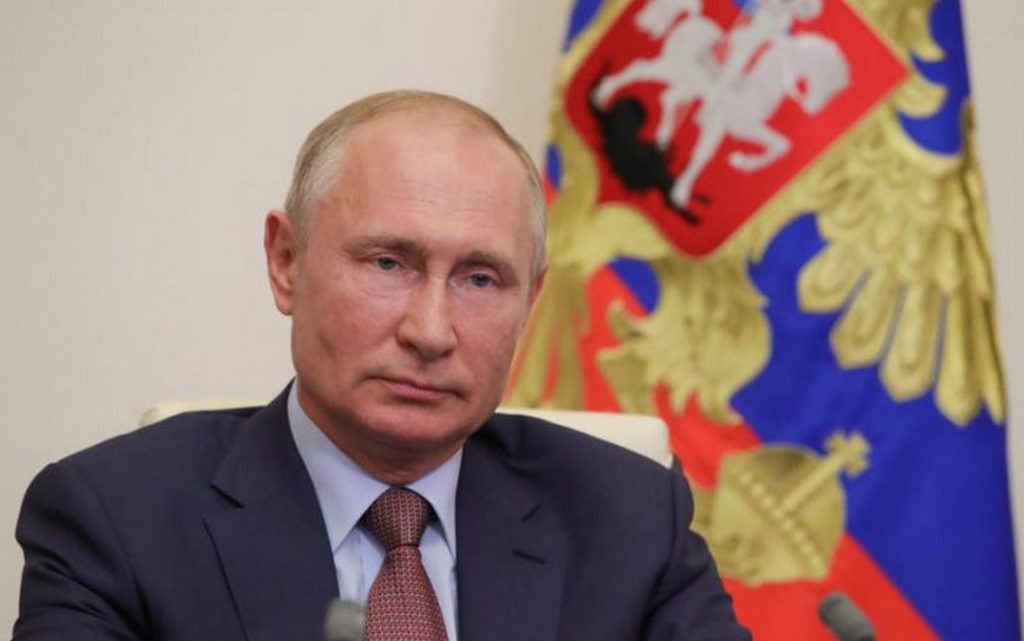 No matter what happens next, says Dr. Simon Serfaty, professor of foreign relations at Old Dominion University in the United States, Russia will be the main loser in the war against Ukraine, but the need to communicate with Russia is also no less certain.

Serfaty, president (emeritus) of the Zbigniew Brzezinski Chair in Geostrategy and Global Security at the Center for Strategic and International Studies, says in a report published by the National Interest magazine that the current situation is characterized by ambiguity as to what should be done or expected.

In the United States, American democracy is in danger, and abroad, there a tragic war is taking place in Ukraine, and no one knows what will happen in the future.

The Ukraine war, neither side can win it but refuses to end it”.

We haven’t started anything yet,” Russian President Vladimir Putin warned two months ago.

Despite mounting evidence that Russia is failing, it is still in control of the war, which Putin started because he is controlling it to escalate to a level he cannot imagine Ukraine could afford or the West would dare to contemplate.

Despite Ukraine’s recent success in defeating Russian forces, Putin asserted this month, “We haven’t lost anything, and we won’t lose anything”.

Serfaty wonders, “What if Putin is under pressure from his critics at home, meaning what he says?

He makes clear that for those who discount his nuclear insinuations, they should realize that Putin is not Nikita Khrushchev, who is known to make clear that he might choose the worst of the bad options available despite Biden’s warnings that were meant to deter him.

“So, isn’t it time to think about the way we’re all going and apply the brakes before it’s too late?” Asked Serfaty.

Let us remember the moment of Sarajevo, the outbreak of World War I more than 100 years ago, when much could have been avoided if only some thought had been given to the catastrophic events to come.

All were missed opportunities that could have ended a war before it resulted in unsustainable costs.

Insulting Putin in the worst terms for waiting for him to unconditionally surrender every inch of Ukraine, including Crimea, is not a strategy for victory.

He expected to leave Ukraine empty-handed and humiliated, a false belief.

As Henry Kissinger put it in his most recent book, the test of political acumen is “to mix vision with caution, and maintain a sense of limitation,” which includes an understanding of achievable war aims.

Certainly, a sense of justice satisfies anger, but it also closes the door to diplomacy.

Serfaty emphasized the need to reconnect with Moscow to stop the fighting, and that President John F. Kennedy should be remembered after the 1962 Cuban missile crisis.

President George W. Bush should be remembered after the 1989 Tiananmen massacre.

The two presidents sought a path of accommodation with the Soviet Union after the most serious provocation with it.

What will happen to Putin in the future is becoming clearer now, despite his popularity rating, which is still surprisingly high.

It should be remembered that Khrushchev’s demise after his failure in the Caribbean crisis occurred about two years after the same event.

And it’s only a matter of time before it’s over for Putin, too.

However, would his removal make any difference?

The assumption of power by Leonid Brezhnev led to two decades of global confrontation.

For now, Putin’s critics are calling for more war, not less, and fewer red lines, not more.

With no reliable political base in Moscow, perhaps there will be someone worse after Putin?

Certainly, the idea of ​​communicating with Russia is morally disturbing, after its “outrageous invasion error” ended its moral legitimacy, deteriorated its economy, and squandered its military power.

The following question may be raised: “Why do we not finish what Putin started and end Russia with him?”

Endless sanctions will shift public discontent away from him toward the West into a new round of confrontation.

And any new clash will be more dangerous than the Cold War because of China’s full participation and set of ambitions and historical pains.

Serfaty said it was time to talk to Russia, although it was difficult to do so.

Russia shouldn’t be pushed into strategic despondency, nor should Volodymyr Zelensky be allowed to become reckless, even though he would like to win a war he was most likely to lose.

We now know that it is no longer the stronger party that wins the war.

Serfaty stressed at the end of his report that talking with Russia wouldn’t necessarily end the war, but it would end the killing.

It won’t restore all of Ukraine’s sovereignty, but it will preserve it without mounting costs that may soon become unaffordable for all.

The United States should seize this moment before it is too late.