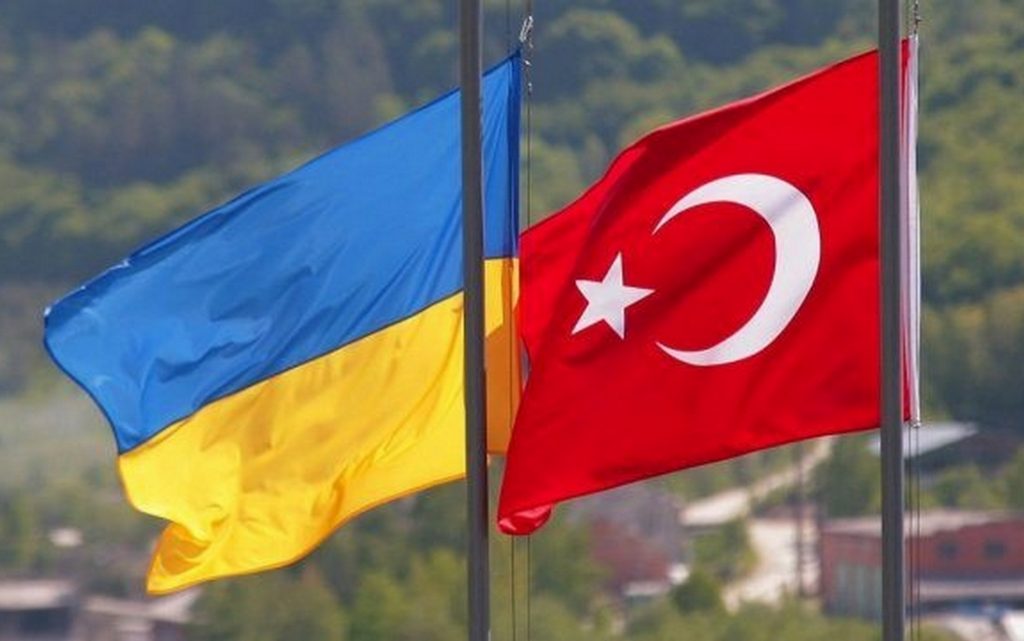 The roots of Turkish-Ukrainian relations extend back to the Middle Ages, from the era of power of the Ottomans, which was known as the Great Century, which began since the conquest of Constantinople in 1435 until the end of the reign of the most famous Ottoman Sultan Suleiman the Magnificent, who ruled from 1520 until his death in 1566.

We cannot ignore here the historical fact, which is embodied in the wife of Sultan Suleiman the Magnificent throughout history, who was the legitimate wife of an Ottoman Sultan since the reign of Sultan Bayezid I.

Before the marriage of Sultan Suleiman the Magnificent to his maidservant of Ukrainian origin, Roxelana, the daughter of a Ukrainian Orthodox priest, who was kidnapped from Ukraine to be sold as a maid in Istanbul, to reach the harem of the Ottoman Sultan Suleiman.

In 1402, at the battle of Ankara, against the Tamerlane’s invading armies, the Othman army was defeated as Sultan Bayezid was captured with his wife and one of his children.

What happened then was the biggest humiliation, as Tamerlane and his commanders celebrated the victory, where he ordered that the wife of the Ottoman Sultan of Serbian origin at that time, serve the celebrants completely naked, which caused a great shock and humiliation, that ended with the death of Sultan Bayezid in captivity.

Since that incident, the Ottoman sultans forbade legal marriage, instead they used to have only Maids (which is known in the Islamic Sharia as the personal property woman).

It is known and since the emergence of voices in Turkey that talk about Turkey’s restoration of its glories, and its return to the lands it ruled during the period of Ottoman rule.

Whoever observes and follows up most of the Turkish activities in the past decade understands the issue of Turkey’s active work in many areas that are related to the history of the Ottoman Empire.

From Syria, Iraq, Egypt, Libya, Cyprus, the conflict with Greece and the control of maritime areas and islands, to the approaching cooperation during the last few period of an alliance between Turkey and Ukraine, which appears to be actually hostile to Russia, which was the historical adversary of the Ottoman Sultanate.

Wars that took place between the Tsars of Russia and the Ottomans, and the dispute between the two empires, caused numerous of bloodbaths and ignited conflicts that continue to this day, and Ukraine has a respectable share of it.

Without a doubt, the Tsars eventually prevailed, as they were able to control vast geographical areas that were under Ottoman rule, however that didn’t last long as the war ended in 1856, and later in the last years of the Othman empire, when the Bolshevik revolution and the emerge of the Soviet Union ended a phase and started another.

After Turkey became a republic and became a pro-Western country, Ataturk pushed Turkey to the west and cut all ties with its past roots, especially the Islamic roots.

Turkey took part to be in the front lines in the Cold War against the Soviet Union, which prompted the West, led by the United States, to annex Turkey to NATO in 1952, meaning that it entered the confrontation with the Soviet Union in its early days.

In the return of talk and the exit of voices in Turkey, which is crying over the land of the Ottomans that the state lost, comes one of the most important geographical areas that are closely related to the history of the Ottoman-Russian confrontation, which is the Crimea, as this region was one of the areas of Ottoman influence for centuries, until it was conquered by Russia after the end of the Crimean War with the Ottomans in 1856.

Crimea, which was ruled in the past by a pro-Ottoman Tatar dynasty, so that the mother of the Ottoman Sultan Suleiman, a maidservant of Sultan Selim I, Aisha Hafsa Sultan was the daughter of Khan of Crimea.

Today, Turkey continues to seek to impose any kind of influence that in certain cases reaches actual control of the land, as is the case, for example, in Syria, Turkey seeks to reach the Crimea.

Since 2014, Russia was able to stop a scheme that threatens its security, and it entered and annexed Crimea to the Russian Federation, it must be mentioned that the truth in history, that under the rule of the leaders of the Soviet Union, they annexed and separated lands according to their desires, as Stalin did in the southern and northern Caucasus, the consequences of which continue to this day, was also what Nikita Khrushchev of Ukraine did to annex the Crimea to the Ukrainian lands, and here the Russian behavior is logically an internal Russian affair, as, for example, what happened between Armenia and Azerbaijan, and even Turkey itself, which It occupies northern Cyprus and was only to recognize the Republic of Northern Cyprus.

Turkey in fact carried out the same Russian act in Crimea.

On the other hand, as I mentioned previously regarding Turkey’s desire to annex Northern Cyprus, many Turkish analysts cite the method and steps taken by Russia in perpetuating its annexation and control of Crimea.

Turkey is working to support Ukraine in all forms, in various fields, in addition to something that may be very important and more symbolic.

As is well known, Istanbul (Constantinople) remained the cradle and center of the Orthodox Patriarchal Church, and after the Ottomans’ takeover of it, the Eastern Church’s dependence on several countries, including Russia, of course, in addition to the Georgian and Ukrainian Churches, etc…

Despite the fact that Istanbul and, of course, the Hagia Sophia Church, has become a mosque for Muslims and Constantinople became the capital of the Ottomans, and today became the center of power for Turkey, the Turkish government seeks through its support and leaving freedom to the Orthodox Church by apparently politicizing it to practice a range of activities with Ukraine and even in Greece, and it seems that there is a Turkish attempt to take advantage of the situation to gain a foothold in several sensitive areas, especially with regard to the Russian conflict with Ukraine, and Russia’s annexation of Crimea, which constitutes a land historically linked to Turkey in the Ottoman era, is working to involve itself in many conflicts desiring to make itself a superpower to influence the course of events.

Undoubtedly, there is a close connection between Turkey and Ukraine today, which actually has a long historical extension, with the fact that the departure of the founders of the Russian Empire in the past from the Kiev Duchy, and with all the historical facts and analyzes I mentioned above, shows the nature of Turkish cooperation with Ukraine, which links history to the present and is a message for everyone to understand the truth that links all events and political issues in history to what is happening today on the ground.