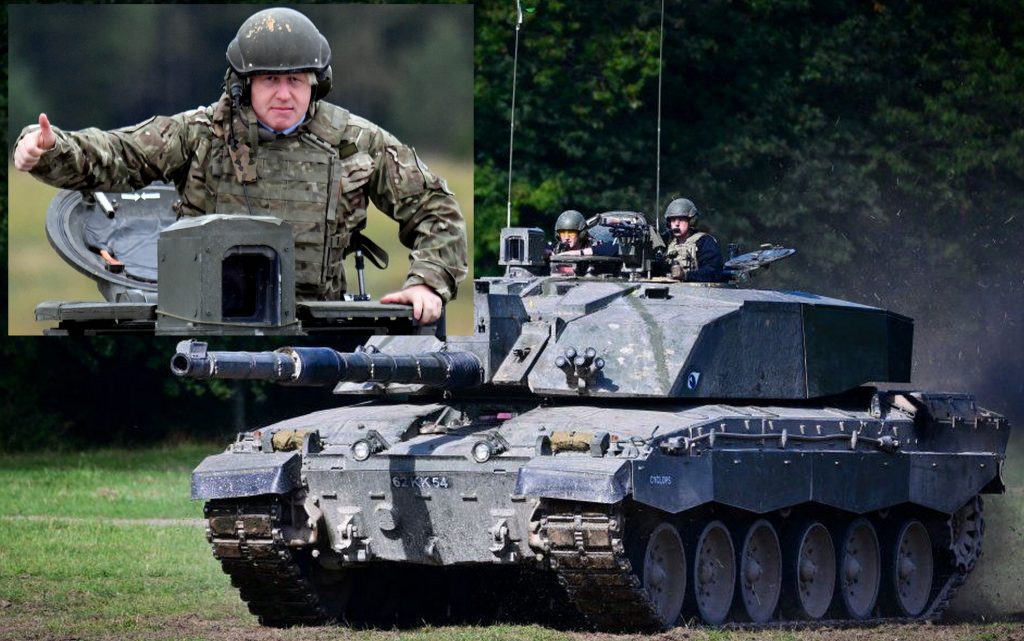 The Independent posted report revealed the situation of  the Challenger 2 tanks which the British government plans to send to Ukraine, and revealed that they are broken and out of service.

According to the report, the former Prime Minister Boris Johnson, about a year before the start of the Russian special military operation, wanted to get rid of the British army tanks that London is currently sending to Ukraine, because he believed that they had lost their usefulness on the battlefield.

According to British military sources, the former prime minister proposed abandoning the Challenger 2 tank fleet during the government’s review of security and defense for the year 2021, and he didn’t back down from implementing this until after intense pressure from the army leaders.

According to the report, during the British Government’s Integrated Security and Defense Review for the year 2021, Johnson considered that the service life of those tanks had ended and there was no longer any need for them.

Johnson clarified his position on these tanks during his debate before the Liaison Committee in the House of Commons on November 17, 2021, saying: “We’ve to acknowledge that the old concepts based on fighting battles with large tanks on European soil have ended, and that there are other better things that we must invest… In it, similar to the Future Air Combat System (FCAS), and in cyber warfare, this is how wars will be fought in the future”.

Britain’s decision to provide Ukraine with tanks, which were estimated at 14, came after a phone call between Rishi Sunak and Zelensky.

Earlier, the office of British Prime Minister Rishi Sunak announced that Britain would send 14 Challenger 2 tanks to Ukraine in the coming weeks.

“A squadron of 14 tanks will be sent to Ukraine in the coming weeks,” Sunak’s office said in a statement.

The statement pointed out that Britain will begin in the coming days to train Ukrainian forces to use tanks and howitzers.