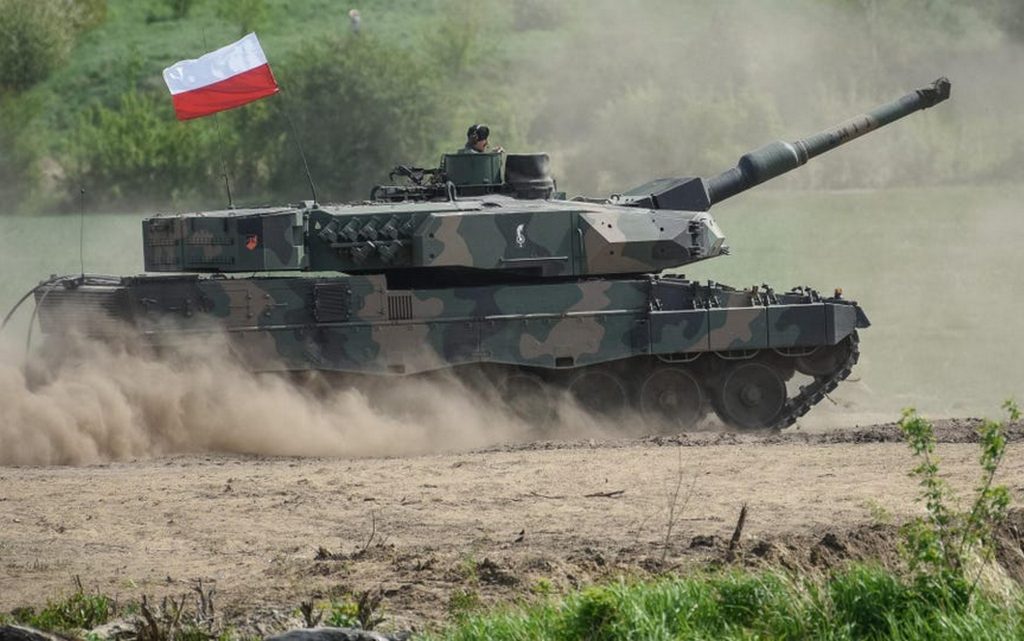 The Polish prime minister said on Monday that his government will ask Germany to agree to send Leopard tanks to Ukraine, adding that it intends to send them whether or not Berlin agrees.

The Ukrainian government wants to get German-made Leopard 2 tanks to break through Russian lines and retake territory this year.

Berlin, which must agree to re-export Leopard tanks, also faced pressure during the meeting of EU foreign ministers in Brussels.

Latvia’s foreign minister said “there are no valid arguments” for not providing the battle tanks.

The issue has dominated the latest discussions among Western allies about how much and what kind of aid they should provide to Ukraine as the one-year anniversary of the start of Russia’s invasion approaches.

Morawiecki added, “Even if we don’t get this approval… we will continue to transfer our tanks with others to Ukraine… The situation for us at the moment is to form a coalition, even a small one, of countries”.

Germany’s foreign minister appeared to leave the door open to approving such shipments on Sunday when she said Berlin wouldn’t stand in Poland’s way if it wanted to send tanks.

Ukraine and Russia are believed to be planning offensives in the spring to break the deadlock in the conflict that has turned into a war of attrition in eastern and southern Ukraine.

The fighting is currently concentrated in the town of Bakhmut in the east, where the battle continues between fighters from the Russian private military company Wagner and Ukrainian forces.

The Ukrainian military was suspected of securing foodstuffs at grossly inflated prices, and a deputy minister resigned after an investigation into accusations that he had accepted a bribe.

Ukrainian officials have been pleading with Western allies for months to supply Leopard tanks.

Germany has so far refrained from sending it and says there are other countries in NATO that haven’t yet formally requested re-export.

After Ukraine advanced in the second half of 2022, the front lines didn’t witness any significant developments for two months, although both sides suffered heavy losses.

Kyiv says that the Western tanks will give its ground forces the ability to advance, protect and military force to penetrate the Russian defensive lines and resume progress.

Andriy Yermak, director of the Ukrainian presidential office, wrote on Telegram, “We need tanks, not 10 or 20, but several hundred… Our goal is to restore the 1991 borders and punish the enemy, who will pay the price for his crimes.”

Western allies pledged billions of US dollars in weapons to Ukraine last week but failed to persuade Germany to commit to allowing supplies of Leopard tanks.