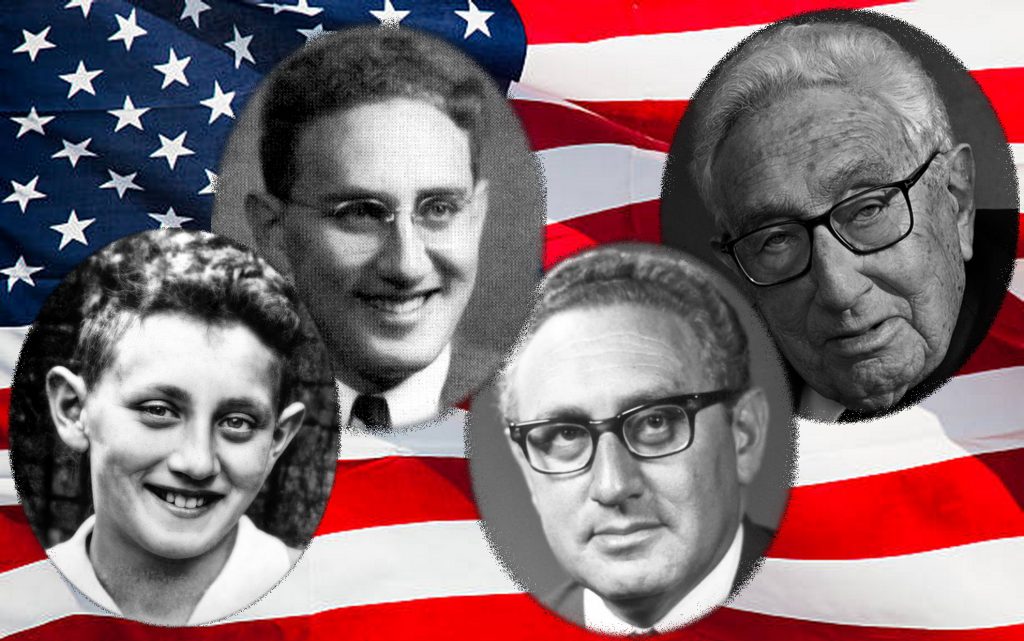 It may be impossible to talk about American imperialism around the world, especially in the Central and Latin American region, without talking and mentioning the biography of one of the most prominent American personalities, in the world of its diplomacy, with all its base principles.

It is impossible to talk about the principles of American policies, for half a century, without talking about the spiritual father of these policies, which have remained a method for Washington to this day.

As we saw in the previous episodes, that while Uncle Sam was busy building his empire in the place, he calls his back garden, and with the hands of tough men, he made them himself; he was the supervisor of national security first, then the leader of the so-called American diplomacy fighting his dirty war Not only in Central and Latin America, but all over the world.

He is the founder of what we know as the realist diplomacy school, and the foreign policy is devoid of values ​​and ethics, as long as these policies achieve interests.

He is the National Security Adviser and Secretary of State during the reigns of Richard Nixon and Gerard Ford, and one of the most important American actors in the Cold War era conflicts in the world, and he is also the one who opened the closed doors for both the Soviet Union and China.

Kissinger has set the rules for the foundations of American diplomacy, which all those who came after him are bound by, and none of them are modified except by returning to him and consulting him.

When we talk here about the life history of this man, we are talking at the same time about an important era that outlined what will happen in the coming days, and the role of this man in it.

The child Heinz Alfred Kissinger, the German Jew, whose condition and the situation of his family was similar to that of the Jews in Europe, especially in Germany, after the Nazis came to power and the issuance of the Nuremberg Laws, which restricted or rather prevented any activity of Jews in the Third Reich.

With the persecution faced by the Jews there, the Kissinger family was one of the Jewish families that abandoned life in Germany, and initially left for Britain, in early 1938 (father Louis and mother Paula Stern, and the two children, the great Heinz Alfred, or who would later become Henry, and the young Walter Kissinger), and then the destination was to the land of opportunity and the country of the new world, the United States, in September of the same year, so that the family lived a difficult life in New York City.

This silent, shy young man, who could hardly speak English at the beginning of his life in the United States, was the most talked-about, boldest character, with a free-spirited English though that German accent remained in his speech when he became one of the mainstays of American politics.

In 1943, as was the case for many young Americans, Henry joined the Army and received his military training at Camp Croft, South Carolina.

At the age of 20, this young man, through his presence in the army, began adapting to life within the American society, which he felt belonged to, which is his true homeland, not Germany, and this was the case of his brother Walter, who also joined the American army, and the two brothers participated in the 2nd World War.

Of course, the likes of Henry and Walter, were preparing for the Allied armies an intelligence treasure, because they knew the enemy’s land and customs, and spoke his language, so they had important roles in carrying out reconnaissance and espionage missions, and even investigation and interrogation of German enemy prisoners.

Henry Kissinger served in the 84th Infantry Division, and since he was of German origin, he assigned with intelligence tasks, besides his active participation in combat operations, with the incursion of Allied forces into German territory in 1944.

Perhaps the most prominent thing mentioned about his achievements in the war is his role in the Battle of the Bulge, which was the last actual battle the Germans fought on the front of the Western Allies.

He could recruit several them and get important information from them, which benefited the Allies.

This achievement qualified him to get the Bronze Star Medal, and promoted to the rank of Corporal, in recognition of his bravery.

He also took part in the dismantling of Nazism, and the prosecution of Nazi officers and officials, who were prosecuted in the Nuremberg courts, after the war.

Henry Kissinger was not, as usual, tracking and arresting, but rather he was carrying out the tasks through negotiation, based on his unique negotiating abilities and skill, building a network of public and private relations, and his use of highly complex negotiating methods.

He also had roles in helping the American forces take control of German cities and build the civil administration there, in addition to maintaining the reputation of the Americans and their good relationship with the local population.

After the war, the period of the Cold War, which was rightfully the golden years for this man.

He was appointed, Henry Kissinger, after the war and his return to the United States, and his discharge from military service, in a job concerned with training spies, for the benefit of American intelligence.

He was also accepted to Harvard University in 1947, to complete his studies of political science, which he completed in 1950 and obtained his degree with honors.

Then he obtained a master’s degree in 1951, and in 1954 he obtained a doctorate, and was appointed as a professor at Harvard University, which was not only a scientific university, but was the complex for the crystallization of American ideas and policy during the Cold War period, and was a center for all American politicians, Jews and non-Jews who They held major political positions in the United States.

All this, built the reputation and prestige of this man, which facilitated him and brought him to the highest positions in the United States.

Even during his student years, Henry Kissinger provided psychological advisory services to the US Army’s Board of Strategy.

This council was responsible for developing special propaganda that promotes the American democratic system and combats Marxist communist ideology and tendencies in the world.

Kissinger also provided advisory services to the US Army, and was one of the most prominent founders of the annual Harvard Peace Conference, which was a summer forum in which discussions on global policies and their formation in accordance with the principles of American democracy and the ideas of liberal capitalism.

In 1957, Henry Kissinger published his first book, Nuclear weapons and foreign policy, which was an influential book that brought him closer to the circles of US military and policy-making.

One of the most important points he mentioned in the book was that American nuclear deterrence strategies did not succeed in stopping the communist tide led by the Soviet Union, because the Soviet Union’s possession of the same weapon aborted those strategies and became useless.

Therefore, Kissinger led us to the conviction that this weapon, under these international conditions, is now designed not to be used, because the other side has the same weapon, and that using this weapon will destroy both sides.

Therefore, he proposed the idea of ​​developing what is known as tactical nuclear weapons, that is, a miniature nuclear weapon, that is fast in movement, transport and use, so that it causes the effect of sweeping destruction in a small geographical area, at a time when political and military decision-makers in the United States were thinking the opposite of what Henry Kissinger was talking about in writing.

In general, even this option, at least in our current days, is not viable, because the other party has it as well.

The problem of Henry Kissinger is that he thinks from one side, and it is one of the most important flaws in his ideas, which were subjected to many tremors during his career… Just the opposite.

One of Kissinger’s most important principles is his inclination for diplomacy and for resolving differences through negotiation, but his principle was related to the idea of ​​deterrence, that is, the use of the threat of brute American force, as a tool of pressure at the negotiating table.

Henry Kissinger’s political positions were well known, as he was a staunch anti-communist and a loyal grandfather of the Western camp in the Cold War.

Whoever follows everything that has been written about this man, or even researches his ideas, realizes that he was weak in faith, and in many cases, he did not believe in the idea of ​​democratic rule, as a good and ideal political system for managing peoples and states, despite his hostility to communism.

We must not forget that democracy brought to power Nazi, fascist and oppressive regimes, as was the case in Europe in Italy and Germany which he witnessed in his childhood.

Even nowadays, the Western democratic system can bring men or extreme right-wing parties to power, if the general conditions are available and the local public opinion changes, as a result of some social or economic pressure, which makes it inclined to the extreme right, which has ideas and resonant promises of well-being and prosperity.

Freedom of expression may allow the arrival of extremist ideas, as well as other ideas.

Therefore, Henry Kissinger’s style was inclined to real diplomacy, through the intellectual tendency to impose democracy, but in return he is forced to accept it, as it is the only way to stand against communism, and everything that can threaten American interests, even if it is democracy itself.

During the fifties and sixties, Henry Kissinger was the architect of relations and partnership between the decision-making circles, the US military, and large American universities, through a large number of mechanisms and titles, such as the Harvard Program for International Affairs, and he also worked for more than 10 years as director of the Defense Studies Program, while continuing to present it For defense advice on US nuclear policies.

As for the intellectual and political ideological level within the United States, Henry Kissinger was a Republican, despite advising six presidents of the United States, Dwight Eisenhower, John F. Kennedy and Lyndon Johnson (Democrats), Richard Nixon and Gerard Ford, Ronald Reagan.