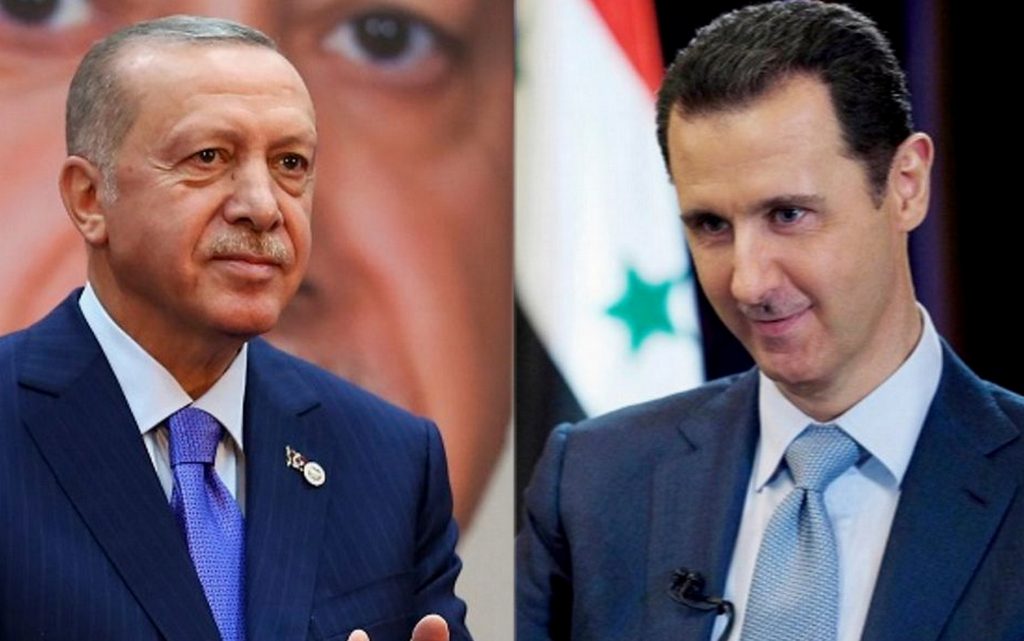 This came in an article by journalist Abdul Qadir Selvi in ​​the Turkish Hurriyet newspaper, which is close to Turkish government departments.

The leader of Turkish nationalists allied with the ruling party, Devlet Bahceli, had earlier called on the government to “create an opportunity” to meet Assad, and in response to Erdogan’s question about a possible meeting with Syrian President Bashar al Assad through Russian mediation, he said that Ankara could evaluate the proposal when the time comes.

President Erdogan’s statements indicate the possibility of holding such a meeting, as it is said that it’s a matter of time, so will the meeting be before the 2023 elections, or after?”

The journalist reported, quoting his sources, that “the issue of meeting Assad is also an issue of understanding.

Abdelkader Selvi wrote: “This concept, which has been applied across the geography of the Middle East, where crises often erupt, has yielded successful results.

The concept known as intelligence diplomacy, while President Erdogan met with Saudi Crown Prince Mohammed bin Salman, then UAE Crown Prince Sheikh Zayed, with whom relations have been strained for a while, now Erdogan shook hands with Sisi in a meeting organized by the Emir of Qatar, Tamim.

That is why it is expected that President Putin will receive both Presidents Erdogan and Assad.

The Associated Press had reported, quoting an unnamed Lebanese politician that the Iranian side had recently conveyed to Assad a message from Erdogan about his willingness to send Turkish officials to Damascus.

According to the Associated Press, the Syrian president rejected Erdogan’s proposal to meet in Damascus, saying that it was possible for them to meet in a third country.

At the same time, a senior official in the Turkish government denied any information about Iranian mediation, and said that Tehran is hostile to Türkiye in Syria.