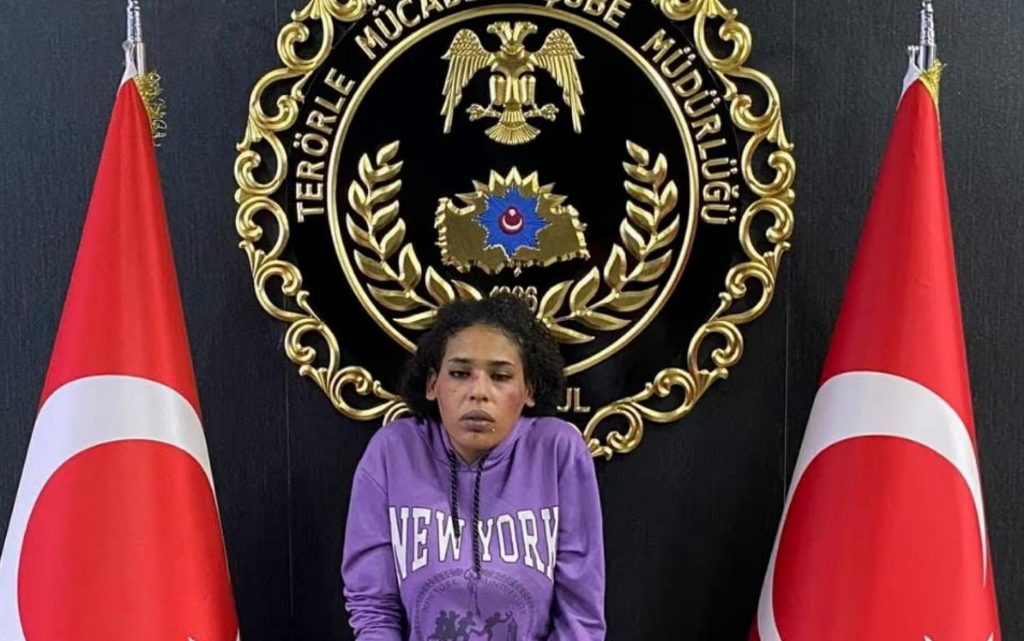 Mazloum Abdi, commander of the Syria Democratic Forces, stated that the woman, who was arrested by the Turkish authorities for planting the bomb that exploded in Istanbul, Syria, is from the city of Aleppo.

In this regard, Abdi said in an interview: “We’ve proven, for example, and I am revealing this information to the media for the first time, that the woman who was arrested for planting the bomb comes from a family linked to the Islamic State”.

The Syrian Kurdish leader recounted details about this woman, including that “three of her brothers died while fighting in the ranks of ISIS.

One died in Raqqa, another in Manbij, and the third in Iraq.

Another brother is a commander in the Turkish-backed Syrian opposition in Afrin.

She was married to three different ISIS fighters, and the family is from Aleppo.

We’ve absolutely nothing to do with the bombing and we don’t have such a policy”.

Some reports and statements had doubted earlier that the woman, who claims to be Ahlam al Bashir, is Syrian, and it’s likely that her origins go back to Somalia or North Africa.