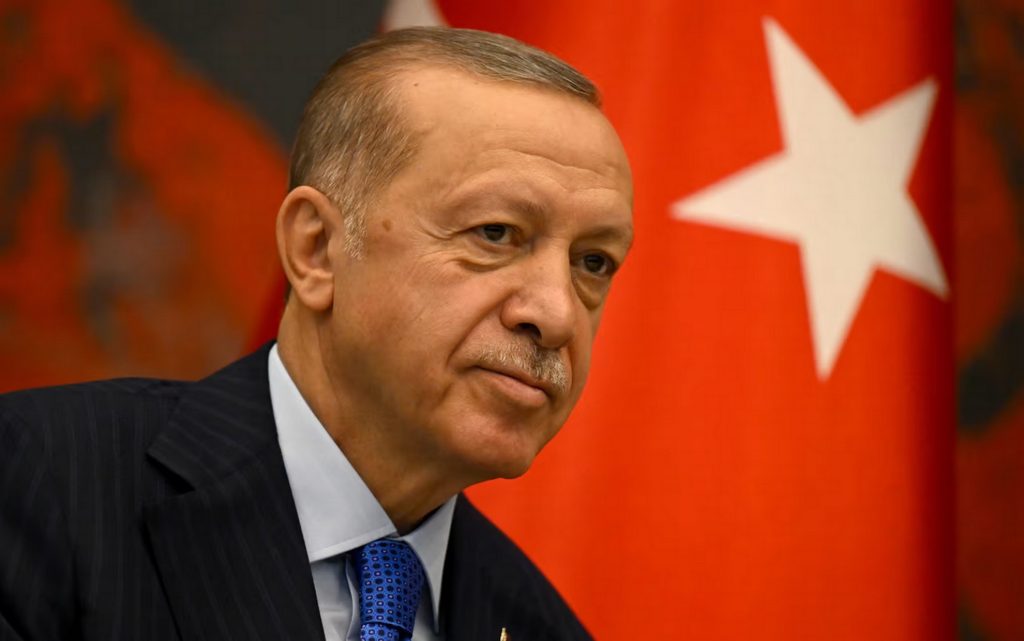 The Turkish President Recep Tayyip Erdogan accused the Russian side of not implementing its obligations to cleanse the Syrian regions of Kurdish armed groups under the 2019 agreement.

Erdogan told reporters on the plane upon his return from Qatar: “We also have an agreement with the Russian side in Sochi in 2019.

Accordingly, it’s the responsibility to cleanse the region of terrorists.

Unfortunately, this was not implemented despite our reminding them of the necessity many times.

We said, we won’t be silent and we will take steps against the terrorists there if they cannot do it themselves.

There are no restrictions here.

The continuation of this process is on the agenda.

We did everything necessary from the ground and from the air… We will continue to do so”.

In October 2019, Russia and Türkiye signed a memorandum of understanding consisting of 10 points, including the entry of Russian military police units and the Syrian border guards to the Syrian side of the border with Türkiye, outside the area of ​​the Turkish operations, to facilitate the withdrawal of the Kurdish factions and their weapons 30 kilometers from Syrian-Turkish borders.

Last Sunday night, the Turkish army carried out raids on areas in northern Syria and Iraq, in which dozens of fighter jets and drones participated.