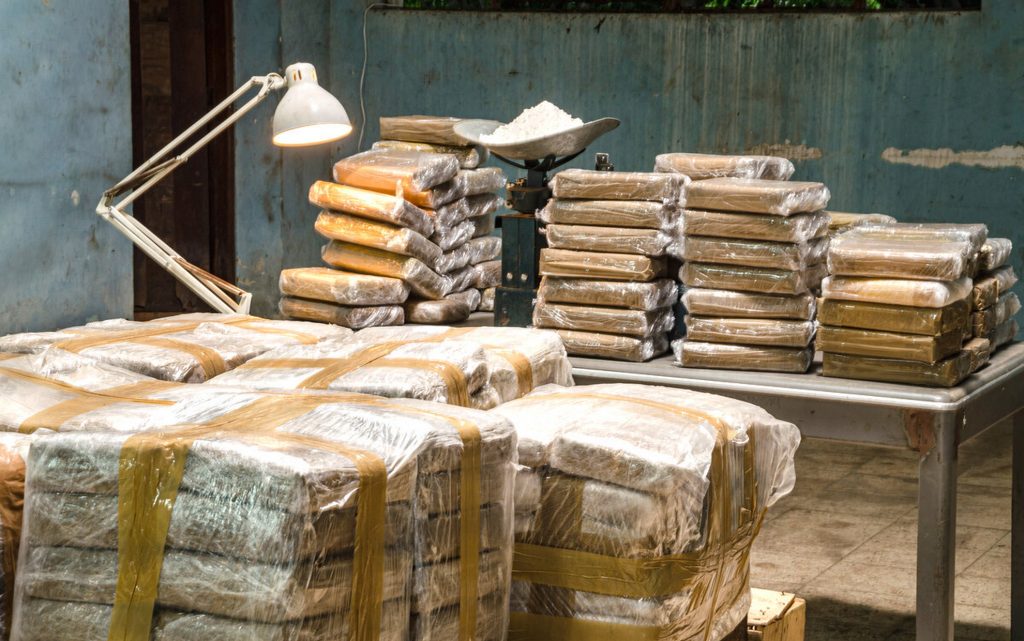 The Turkish opposition has escalated its warnings regarding the country’s transformation into a global center for drug trafficking and a popular home for leaders of global promotion networks, amid serious accusations that the ruling coalition is relying on the funds of this internationally banned trade to fill the budget deficit, stop the economic decline and attract foreign exchange.

In the midst of discussions and mutual accusations between the Turkish opposition leader and government officials, news of the arrest of one of the largest drug mafia leaders in the Balkans at his home in a luxurious Istanbul neighborhood supported the opposition’s allegations and the credibility of its accusations.

In a video he posted on his Twitter account a week ago, the leader of the Republican People’s Party, Kemal Kilicdaroglu accused the Turkish government and Interior Minister Suleiman Soylu of laundering drug money and encouraging its trade: “The methamphetamine epidemic is spreading in Türkiye.

The presidential palace regime is fueling this epidemic… Today, I’ll tell you how the palace spreads this money laundering poison on our streets… It’s the result of dirty money”.

Kilicdaroglu’s video sparked widespread controversy in the country, and opened back-and-forth discussions between the opposition and the authority, which mobilized its government and security officials to respond to the heavy accusations, starting with a video published by Interior Minister Soylu on his Twitter account, in which Kilicdaroglu, returning from a visit to the United States, was accused of “Implement what the Americans asked of him,” stressing that “it’s not appropriate for a citizen of the Turkish Republic to tarnish the reputation of the state, the police, the gendarmerie, and the army in Türkiye with accusations of filling the current account deficit with drug money, let alone being the leader of a political party”.

Many analytics says that Kilicdaroglu’s statements and allegations targeting the Turkish Interior minister, Suleiman Soylu have many dimensions, such as the serious drug problem in Türkiye at the levels of smuggling and addiction, so it is important for Kilicdaroglu to put this issue on the agenda as a politician, and this is considered the first dimension.

Kilicdaroglu talks about the issue of drugs, which politicians always ignore, succeeded in causing a response in Turkish society, as many in the country, aren’t aware of the size of the drug problem.

However, Soylu promised his opponent to hold him accountable, revealing the measures he would take on the personal level and “governmental and party institutions” against him, “from filing a criminal case, and another to claiming financial compensation,” addressing Kilicdaroglu by saying: “If you don’t prove a single letter of this slander, you are despicable”.

The fact that Soylu turned these serious allegations into controversy instead of clarifying them as a responsible minister diminished the importance of this issue, and Kilicdaroglu had a negative role in that.

The opposition’s allegations embarrassed the Turkish government, which has long adopted a political discourse based on religious values ​​and principles, and caused an explosion of controversy among religious circles supporting the ruling “Justice and Development” party, in light of the inability of the Minister of Interior to give clear responses to the statements of the leader of the main opposition party.

Although Kilicdaroglu’s accusations targeted Turkish President Recep Tayyip Erdogan and Interior Minister Soylu, the General Directorate of Turkish Security and the General Command of the Gendarmerie Forces entered into this political controversy by publishing two separate tweets on Twitter on the same night, vowing that Kilicdaroglu would pursue him legally.

The Turkish government’s harsh reaction to Kilicdaroglu’s statements is caused by the overlap between drugs and government policies, such as exemptions for questioning about the source of funds, which aim to attract black money, in addition to the government’s annoyance at scandals revealing the immunity of smugglers in the judiciary and bureaucracy.

The reactions of the gendarmerie and the General Directorate of Security are an attempt to appease the politicians, and it has to do with political influence, as well as the politicization of institutions.

It’s remarkable in all of the above that Kilicdaroglu based his accusations on a methamphetamine report prepared by the Narcotics Control Department of the General Directorate of Turkish Security, which explains the increase in smuggling of liquid methamphetamine from Iran, towards many Turkish states and Istanbul in the first place, where workshops were established in These states convert a liquid substance into its solid form.

According to the report, “Iranian citizens are at the forefront of cargo smuggling networks and manufacturing workshops in Turkey”.

The administration revealed that it has carried out 198,094 anti-drug operations since the beginning of this year, which means that an average of 660 operations are carried out daily in Türkiye.

A few days ago, the Turkish authorities arrested the Serbian Zeljko Bojanic, who is wanted by Interpol in the red notice, and is known as the leader of the drug mafia in the Balkans.

As a result of excavations in the garden of his house in the Sariyer area, one of the luxurious neighborhoods of Istanbul, the Turkish security forces found 3 bodies that had been buried for a long time in the garden.

After the incident, Kilicdaroglu posted a tweet in 3 languages, Turkish, English and Serbian, in which he said: “I said that attracting illegal money also attracts its owner.

All the mafia scum of the world have settled in our cities with the aim of attracting their money.

Now corpses are being searched in the gardens.

What you see is just a grain of sand from the sands of the sea”, confirming his previous accusations in terms of attracting illegal money, especially the fortunes of drug dealers, to fill the deficit in the country’s budget.

In his tweet in the Serbian language, Kilicdaroglu directed his threats to the Serbian mafia, targeting it by name, as he had previously threatened in a speech during his recent visit to London to “root out the heads of the drug mafia” in Türkiye if his party came to power.

Turkish political experts believes that Kilicdaroglu chose to make his tweet in the Serbian language has its implications, because the Balkan networks controlled by the Serbs represent the dark side of Turkish politics.

Groups who got involved in the massacres in Bosnia, and the killing of the Serbian prime minister in 2003, and the supply of weapons to interfere in the Montenegro elections in 2020.

The matter is more related to domestic politics and the risks posed by political association with organized crime groups, not foreign policy.

On the 8th of last October, two Turkish citizens were injured while eating in a restaurant in a shopping center in Sariyer as well, as a result of an armed clash between the Iranian mafia and its Azeri rival, preceded by the arrest of Russian, Azerbaijani and Georgian citizens in a clash that broke out between drug gangs in Sariyer also on the 13th of last September.

Three days earlier, on September 10, the Serbian mafia boss, Jovita Vukotije, was killed in the Sisli district, adjacent to Sariyer, and he is one of the suspects in the killing of the Serbian prime minister in 2003.

The Sariyer area is of particular importance, as it hosts the Presidential Guest Palace in Istanbul, the Gendarmerie Command, the Turkish Coast Guard and Straits Security Command, and the National Intelligence Command, the Istanbul branch, which reinforces the hypotheses of the overlapping of the mafia, politics and security in Türkiye.

The leader of the Azerbaijani mafia, Nadir Salifov, was killed in a restaurant in Antalya on August 19, 2020, as a result of the conflict between the Azerbaijani and Russian mafia.

Türkiye has been suffering from a drug problem since the mid-nineties.

Sometimes this manifests itself in upward waves of addiction and deaths, but the media and politicians pass it on with clichés, and they evade confronting it.

The drugs problem in Türkiye is a multi-layered, and its trade is the main feeder for organized crime, and it affects politics.

There are many examples of important organized crime actors being used by the government to intimidate the opposition.

The danger lies in the intertwining of organized crime and politics.

Because the mafia that grew with the drug trade also infiltrates the world of business and money in public bids, construction undertakings, and speculation in the stock market.

This is why there will be a lot of talk about organized crime in Türkiye and its dire consequences, and this is not a prophecy.

Many journalists following the drugs issue in Türkiye believe that the recent incidents will lead to the return of developments related to Turkish ports, especially the port of Bodrum, a favorite of Russian billionaires, which the Turkish mafia Sedat Becker drew attention to, through his leaks, to the fore again.

An open sources figures reveals the death rate as a result of an overdose of the narcotic methamphetamine reached 7.8% in 2017 among 941 deaths due to drug abuse, while this percentage increased to 46.3% in 2021 out of 270.

Death due to drug overdose, the hospital admission rate for methamphetamine abuse treatment in Türkiye jumped from 3.5% in 2016 to 15.5% in 2021.