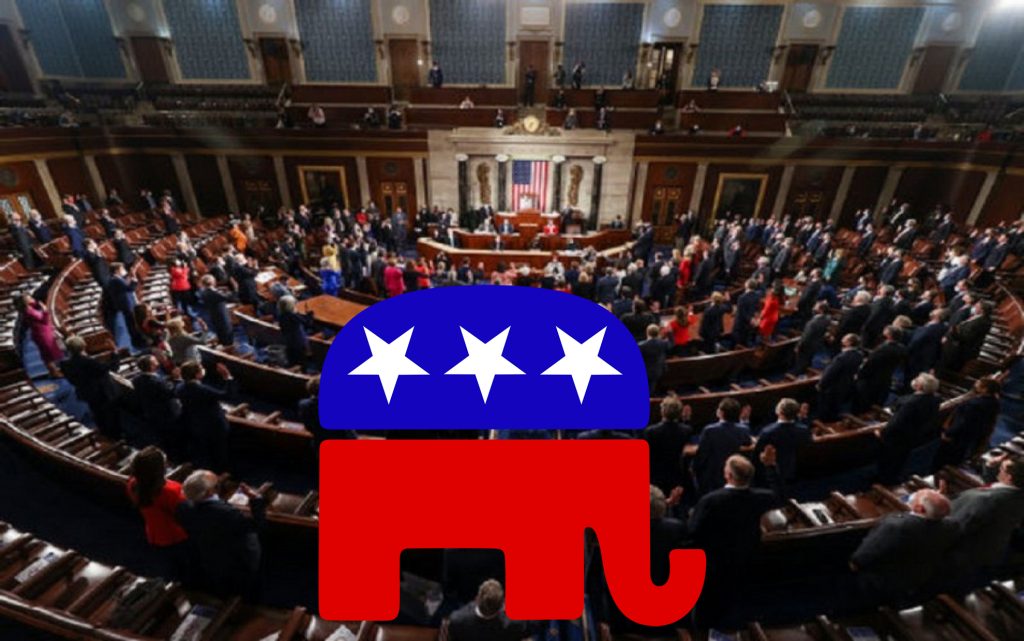 The Republicans succeeded in extracting the majority from the Democrats in the US House of Representatives, as media expected on Wednesday, which guarantees them a legislative base, albeit with a slim majority, that allows them to oppose President Joe Biden’s work program during the next two years, amid the division of power in Congress.

The GOP’s narrow majority in the House of Representatives was far less than the party had hoped, and the Republicans also failed to seize control of the Senate after an underwhelming performance in the November 8 midterm elections.

NBC and CNN predicted that the Republicans would win no less than 218 seats in the 435-member House of Representatives, which is the number required to achieve a majority.

On Wednesday, President Joe Biden congratulated the leader of the Republican majority in the House of Representatives, Kevin McCarthy, on his party’s victory, expressing his readiness to “work with Republicans in the House to achieve results for working American families”.

Biden said that last week’s elections represented “a strong rejection of the deniers of the election results, political violence and intimidation,” and showed “the strength and resilience of American democracy”.

After announcing the results of the projections, McCarthy said in a tweet, “The Americans are ready for a new direction, and the Republicans in the House of Representatives are ready to achieve this”.

This news comes a day after former President Donald Trump announced his candidacy for the presidential elections, despite the fall of many of the Republican candidates he supported.

With inflation rising and Biden’s popularity collapsing, the Republicans had hoped to see a red wave sweeping across America and taking control of both chambers to abort Biden’s legislative plans, but the winds blew against what they desired.

Instead, the Democrats rushed to the polls, motivated by major issues for them, such as the Supreme Court’s decision to overturn laws that allow abortion, and fear of extremist candidates supported by Trump who reject the results of the 2020 presidential election.

The moderate Republican voters’ rejection of some candidates as extremists weakened the results of the Republican Party as well.

The Biden party was able to snatch a major seat from the Republicans in the Senate in Pennsylvania, in addition to retaining two other seats in the states of Arizona and Nevada, which gave it an impregnable majority of 50 seats without the vote of Vice President Kamala Harris.

The run-off for the Senate seat in Georgia, scheduled for next month, may see the Democrats consolidate their majority.

The hundred-seat Senate oversees the approval of the appointment of federal judges and ministers, and his presence alongside Biden will be an invaluable gift.

And after McCarthy’s victory on Tuesday in a secret ballot of his party’s deputies, led by the Republican majority, he is in a prime position to be elected Speaker of the House of Representatives, replacing Democrat Nancy Pelosi.

The 57-year-old McCarthy’s victory in the Republican leadership removed the challenge posed by his rival Andy Biggs, a member of the far-right Freedom Caucus, but for a while.

The conservative wing of the party has already made it clear that it will set conditions before supporting McCarthy, and any possible defections to the extreme right may put obstacles in the way of his election.

Now McCarthy’s grueling election campaign begins, with the newly elected 435 Democrats and Republicans convening on January 3 to elect their president, the third most important political office in the United States after the president and vice president.