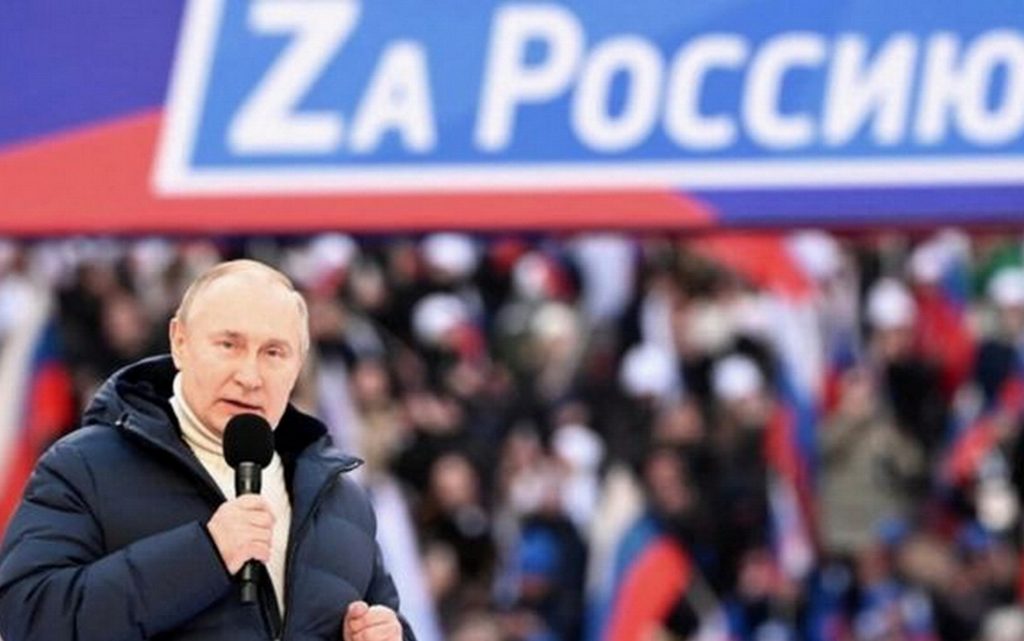 By: The political adviser

After the field success, the signs of success in integrating the lands that Russian forces succeeded in controlling in Ukraine have become a concern for decision makers in Washington.

The White House issued a statement saying, “Russia is paving the way for the annexation of Ukrainian lands and installing illegitimate officials to be its agents in the areas it controls as it seeks to impose its full control over the parts it has made in eastern Ukraine”.

“The Russians are preparing to install proxy officials, adopt the ruble as an official currency, and force residents to apply for citizenship,” US National Security Council spokesman John Kirby said.

In mid-July, Russian President Vladimir Putin issued a decree accelerating the granting of Russian citizenship to all residents of Ukraine, which had earlier been restricted to residents of Donetsk and Lugansk republics.

The recent decree of the Russian president reaffirmed the West’s accusations that he seeks to “restore the glories of the Soviet Union,” especially since Putin had said during press interviews in the past that “the collapse of the Soviet Union was the greatest geopolitical catastrophe of the twentieth century”.

This announcement at this particular time is a strong indication that the stage of the actual and official annexation of these regions in Ukraine to Russia has already begun, as the Russian forces and the People’s Defense Forces of the Lugansk and Donetsk Republics control them.

However, it seems that the matter is no longer confined to the Donbas, it will extend to the rest of the regions controlled by Russia, such as the Kherson region, which delivered the first batch of Russian passports to its residents last June.

Moscow is provoking NATO and showing it the position of the weaker party in what is happening in Ukraine.

Russia is seeking to send a strong message to the United States and its allies, that Moscow will not back down and will not give up any victory achieved in exchange for the alliance not expanding to the east, especially after the request of all From Finland and Sweden to join the alliance, and most importantly to prevent Ukraine from joining the alliance, and that in the event that a solution is not reached through diplomatic dialogue, Moscow has other means by which it confronts Ukraine and the West.

The political advisor believes that Russia has raised the ceiling of its goals in Ukraine, and therefore its plans reach the idea of ​​restoring the Soviet Union and including all the countries of the Union directly, as is happening in Ukraine, or indirectly, as is the case with Belarus.

Reaching solutions through diplomacy has become fading day by day, and it is evident from the way the Russian President dealt with the reactions of the NATO countries.

On the other hand, Washington announced that it possesses intelligence information on how Russia laid the groundwork for the annexation of the Ukrainian lands it controls, in a “direct violation of Ukraine’s sovereignty”.

US National Security Council spokesman John Kirby says, “The current Russian method of dealing with the Ukrainian issue is the same that Russia used in 2014 when it announced its annexation of Crimea,” which the international community still considers an illegitimate annexation.

As for the expected responses from Washington in this context, Washington and its allies believe that Russian President Vladimir Putin’s move regarding naturalization, language and currency, not to mention the penetration into the joints of Ukrainian cities that his forces have seized, is a strong indication that the stage of the actual and official annexation of these areas has already begun.

Other than the continuation of military operations with the tear down operations in the rest of Ukraine.

Commenting on these steps, Washington said that it will announce in the next few days a new support package for Kiev, which is to provide Kyiv with new weapons.

The United States has provided $8 billion in military aid to Ukraine since the war began, including $2.2 billion in June.