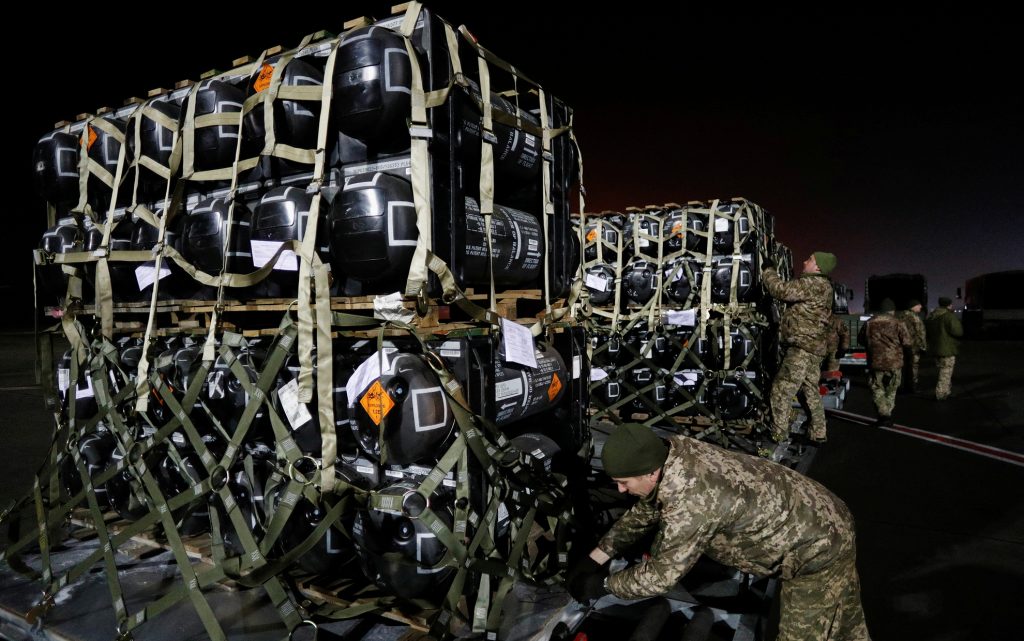 Three sources briefed on the matter told Reuters on Friday that the next security aid package that the administration of US President Joe Biden is preparing for Ukraine is expected to amount to one of the largest arms deals to date.

The deal is expected to be announced on Monday at the latest and will add to the nearly $8.8 billion in aid the United States has provided to Ukraine since the start of the Russian invasion on Feb 24.

The three officials, who spoke on condition of anonymity, said Biden had not signed the deal yet.

They pointed out that a change could occur in the deal, both quantitatively and qualitatively, before it is signed.

However, the deal, if signed in its current form, will be worth $1 billion and will include munitions for HIMARS and surface-to-air missile systems (NASAMS) and 50 armored medical transport vehicles.

The new deal follows a recent decision by the Pentagon to allow Ukrainians to receive medical treatment in Germany near Ramstein Air Force Base.

The White House declined to comment on the new military aid package.

The package will be funded under the Presidential Retraction Authority, which can allow the president to transfer equipment or services from US stockpiles without the need for emergency congressional approval.

In turn, Ukrainian President Volodymyr Zelensky said Friday that Russia should “bear responsibility” for the “terrorist act” at the Russian-controlled Zaporizhia nuclear plant, which was targeted by strikes, about which Ukrainians and Russians exchange accusations.

“Today, the occupiers have created a high-risk situation for all of Europe, twice striking the Zaporizhia nuclear plant, the largest such plant on our continent,” Zelensky said in his daily evening speech.

And he added, “Every bombing of this kind is a heinous crime, an act of terrorism… Russia should be held responsible for threatening a nuclear plant”.

Kyiv and Moscow are accusing each other of the bombing around a nuclear reactor at the Zaporozhye plant, in southern Ukraine.

The bombing damaged a high-tension line, which caused the suspension of one of the reactors at the station.

On Tuesday, the International Atomic Energy Agency, which is continuing its efforts to send a mission to the site, said the situation was “unstable” at the Zaporizhia plant.

In late July, Ukraine accused Russia of stockpiling heavy weapons and ammunition at the site.

When Russian forces captured the plant in early March, they fired on some buildings, raising fears of a major nuclear accident.