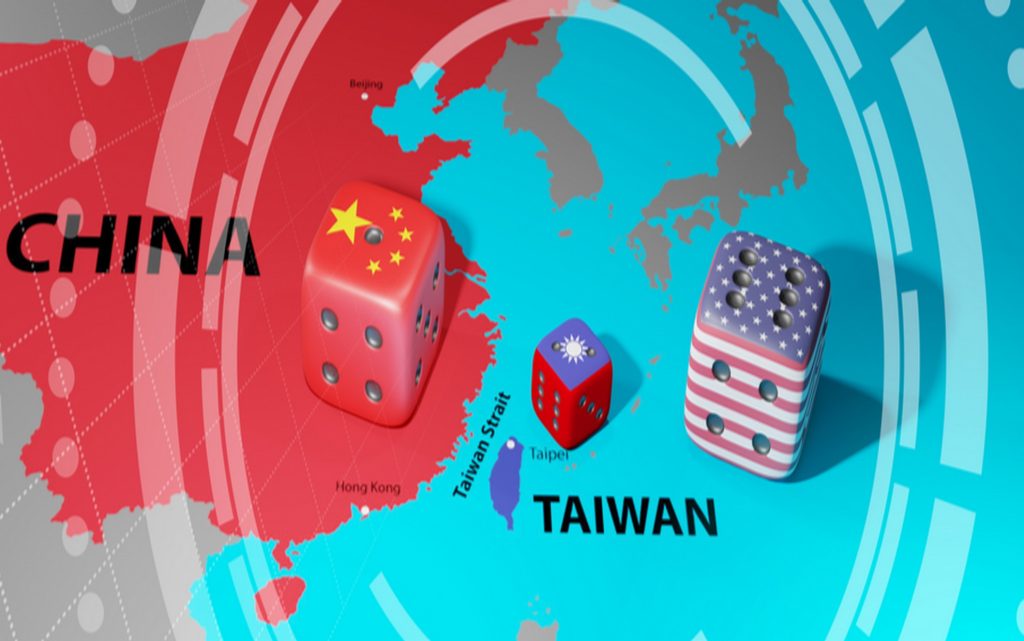 Last Wednesday, China suspended the import of some types of fruits and fish from Taiwan, and the export of natural sand to the island, in response to the visit of US House Speaker Nancy Pelosi to Taiwan.

Following the visit of the Speaker of the House of Representatives, the highest-ranking US official to visit Taiwan in 25 years, the Chinese authorities were outraged and responded by condemning her arrival, launching military exercises in the waters around Taiwan, which it considers part of China.

On the same day, the Chinese Customs Administration decided to suspend the import of citrus fruits and some fish from Taiwan.

The Chinese Customs Administration confirmed that, they had repeatedly detected harmful parasites on citrus fruits and had recorded excessive levels of pesticides.

The Ministry of Commerce, for its part, announced the suspension of natural sand exports to Taiwan from Wednesday, without giving any explanation.

Usually, natural sand is used to make concrete and asphalt, and Taiwan relies heavily on China for its supply.

“When diplomatic and trade tensions are high, Chinese regulators generally take a very tough stance on compliance with the rules… looking for any reason to justify the trade embargo”.

On Tuesday, the Taiwan Agricultural Council said that China had invoked regulatory violations to suspend the import of various commodities from the island, such as: fish products, tea and honey.

China is Taiwan’s largest trading partner, with trade exchange increasing by 26% in 2021 to reach $328 billion.

Taiwan, despite being just an island almost invisible on the world map, is capable of paralyzing modern life as we know it and literally sending humanity back decades to pre-modern technology, if it is threatened.

In it lies the semiconductor industry that everything related to technology needs in our modern age.

The island of Taiwan, with a population of about 23 million people, is a very important country for the West, the United States and even the whole world.

On this critical issue, humanity is now faced with two disturbing facts:

The first is that the US-Chinese rivalry has exacerbated to the point that war between the two superpowers is no longer ruled out.

The second is that Taiwan’s economic, political and military importance to the West, the US and the entire world is increasing.

From a military and strategic point of view, Taiwan is one of the Asian island states and peninsulas allied to the US in the face of China.

The geographical fact that some may not pay attention to is that East Asia, including the Far East and Southeast Asia, which includes about a third of the world’s population and is the actual factory of the world today, is nothing but a Chinese giant occupying the entire East Asian mainland, all the way to Central, North and South Asia, while the countries Allied to the US or independent of Beijing’s influence, these countries are small in population and size compared to China.

These countries occupy the eastern and southeastern ends of the Asian continent in a group of islands and peninsulas such as South Korea and Japan, which are allies of the US, and countries such as the Philippines, Indonesia, Malaysia and the countries of the Indochina Peninsula (Vietnam, Thailand, Laos, Cambodia and Burma), most of which are confused between the economic and cultural influence of China.

And its volatile relationship with the US, which was strengthened recently with the rise of Beijing.

So, for the United States, Taiwan is the front line in protecting its close allies in Japan, Korea, and even the vacillating nations of Southeast Asia.

China’s success in invading or annexing Taiwan represents an initial step in the hegemony of other island and peninsular states in Asia, especially Japan and South Korea.

It remains undecided whether the United States will consider Taiwan worth fighting for or not.