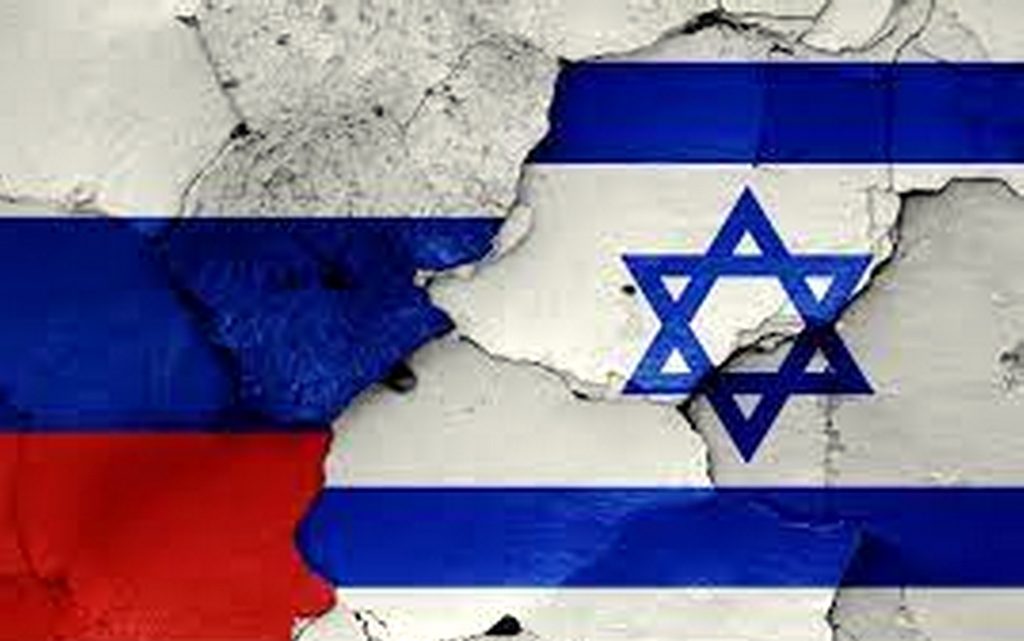 Israeli media reported tension in relations between Russia and Israel over the issue of closing the offices of the Jewish Agency.

The Israeli media said that “it is too early to talk about an explosion in relations between Israel and Russia,” noting at the same time that “the prevailing understanding in Israel is that they are on a collision course with Moscow”.

According to the Israeli Channel 13 correspondent, Moriah Wahlberg, “Those who turned the matter into an open political incident are Israel and Prime Minister Yair Lapid, who likes to be against Russian President Vladimir Putin, and believes that it is good for him in front of Western countries and the United States”.

The Israeli correspondent added that “Lapid also requested, in the secret discussion, the crystallization of a basket of political tools against Russia,” pointing out that “the assessment is that Putin is not only angry with Lapid’s statements, but also with Israeli aid to Ukraine and the Israeli strikes in Syria”.

Yaron Avraham, a political affairs correspondent for the Israeli Channel 12, also spoke about Israel’s readiness for the possibility of Russia blocking “Israel’s freedom of action in Syria against the backdrop of the crisis of closing the offices of the Jewish Agency”.

The Israeli Walla website also said that “the Russian government did not accept today also Israel’s request to send a judicial delegation to Russia to discuss the issue of the Jewish Agency”.

In an interview with Yedioth Ahronoth, the official added, “We are in a battle here, this is not related to closing McDonald’s,” noting that “closing the agency under a legal cover is a political issue – and we will not remain silent about it”.

At the same time, Israeli Prime Minister Yair Lapid stressed that “closing the Jewish Agency office in Russia would represent a dangerous event” that would “affect relations with Moscow”.

He also gave Lapid “directions to prepare a legal team to be ready to travel to Moscow, as soon as Russia agrees to hold talks in this regard,” according to what was reported by Bloomberg.

And an Israeli newspaper revealed, in early July, that the Russian government sent a letter to the Jewish Agency, asking the latter to stop all its operations in the country, considering that “the Russian decision could undermine the ability of Russian Jews to emigrate”.

Israeli media spoke of “great tension between Russia and Israel,” against the backdrop of reports from Moscow that the Jewish Agency’s work had been suspended.

The Russian Ministry of Justice intends to dissolve the agency, after filing a lawsuit before the Basmani District Court in Moscow against the organization, which supports Jewish immigrants to the occupied Palestinian territories, and will hold a hearing on the 28th of the current July.

The court in Moscow had received an administrative lawsuit from the main department of the Russian Ministry of Justice regarding the “liquidation and exclusion of the Jewish organization from the Unified State Register of Legal Entities of the Independent Non-Profit Organization,” so that the judge set the hearing in this lawsuit on July 28.

In response to a question by the Russian Interfax agency, the court explained that “the lawsuit of the Ministry of Justice relates to the agency’s violation of Russian law in the context of its activities”.

It is noteworthy that the international organization, “The Jewish Agency of Israel” (Sakhnot), is an organization concerned with ensuring relations between Jews around the world and issues of Jewish immigration to the occupied Palestinian territories.

Founded in 1929, representative offices of the Jewish Agency have been operating in Russia since 1989.