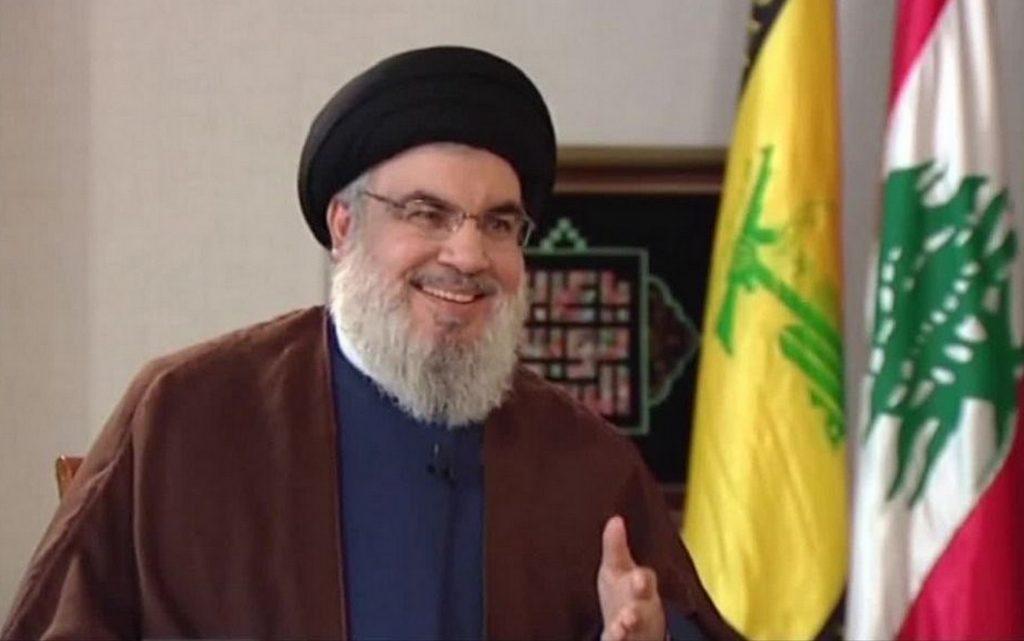 Israeli media reported, Tuesday, that the Israeli forces in recent months have maneuvered on a number of scenarios, including “a missile attack on targets in the economic maritime zone,” according to security sources.

The security authorities made these statements this morning, after threats by Hezbollah Secretary-General Hassan Nasrallah, who said that “Hezbollah can attack one of the Israeli gas platforms, not just the Karish platform,” which is located 80 kilometers west of Haifa.

Nasrallah also declared that Hezbollah is “capable of deterring the enemy, and hitting the targets it wants to strike anywhere in the sea of ​​occupied Palestine, and on land”.

The Israeli media pointed out that “the security and military establishment in the occupation has raised the level of alert and preparedness against the background of the problems and procrastination in the negotiations between Lebanon and Israel regarding the demarcation of the maritime borders, the entry of the platform to the Karish site and the intention to extract gas in September”.

And she continued: “In order to defend the platforms and Israel’s interests in the maritime region, a multi-arm forum was formed that includes the Ministry of Security, the Navy, the Operations Division, the Air Force, the Northern Command, and the intelligence services, with the aim of preparing for the possibility that Hezbollah might try to carry out a military or provocative operation… In order to provoke Israel or harm the gas extraction process”.

Israeli security sources confirmed that “the head of the Intelligence Division, Aharon Haliva, allocated strength and resources to threats in the maritime arena and to defending economic waters”.

The Wallah website learned that in recent months, several maneuvers have taken place in the navy, led by Chief of Naval Staff Daniel Hejri, during which the various units dealt with cruise missile attacks, precision missiles, and regular missiles, adding that “next month, it is assumed that “Another major exercise that simulates a scenario in the maritime arena and will incorporate technological improvements”.

According to the website, “99% of Israeli imports take place via the sea, and the fear in the security establishment is not only harming the gas rigs, but also harming Israel’s maritime freedom of work,” noting that “5900 ships arrive, on average, at sea ports, and about 53% of them arrive at a port”.

Haifa, which has become threatened by Hezbollah, and that about 300,000 cars arrive at sea ports on ships every year, 90% of the wheat is imported on ships and other things”.

According to sources in the security and military establishment, “the defense ships are compatible with the various threats from Lebanon, from the Gaza Strip and from Syria, but this is not the case with the (Ahia Mughin) ship, which is the first ship to arrive in Israel, whose processing operations were disrupted for two years due to planning and preparation problems. What is wrong with the political level and the security and military establishment”.

And the sources added, “In the navy, they reject this criticism and allegations about problems in the readiness, and they say that the “Sa’ar 5″ ship (Ahya Lahaf) has the ability to defend the Karish platform against all threats, and it will remain around the platform whenever necessary”.

For his part, the commentator for Arab affairs in the Israeli “Channel 12”, Yaron Schneider, pointed out that “Nasrallah didn’t only threaten to attack Karish, but also made a threat against all Israeli gas platforms in the Mediterranean,” noting that “this is of course an increase of several degrees once.

The Israeli commentator added that Sayyed Nasrallah “said these words, and in the background negotiations between Israel and Lebanon have been going on for several weeks at a rapid pace through the American mediator, Amos Heckstein, and these negotiations seem, as we understood from the reports in Lebanon, to approach the stage of understandings and consensus, and here Nasrallah pays for himself”.

The Secretary-General of Hezbollah, Sayyed Hassan Nasrallah, pointed out, in the Arabic interview, via al Mayadeen channel, that “the issue is not Karish and Qana, but rather all the oil and gas fields looted by Israel in the waters of Palestine, in exchange for Lebanon’s rights”.