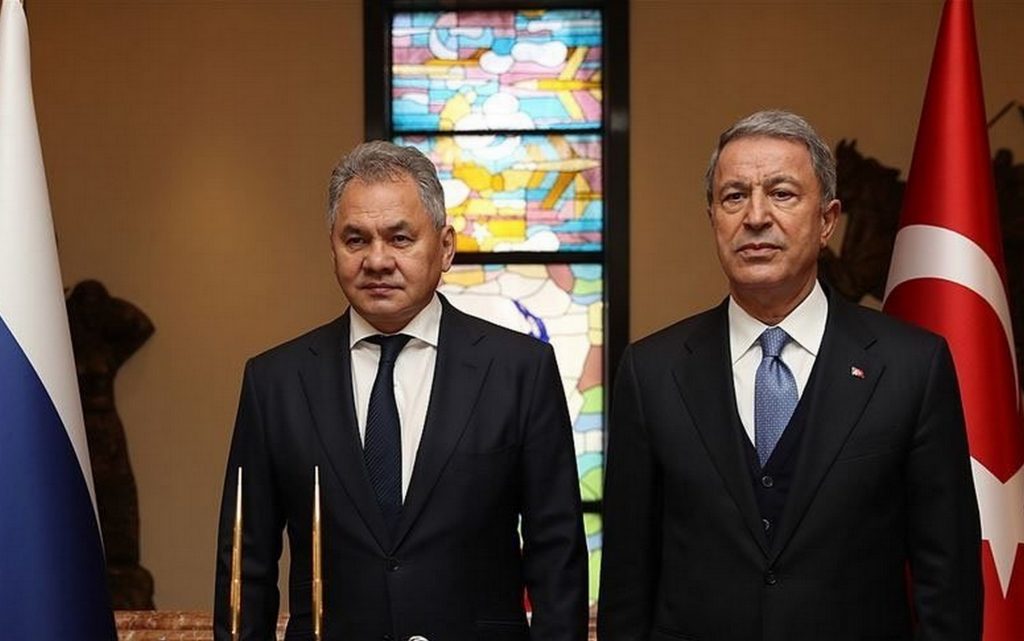 During his talks with his Turkish counterpart Hulusi Akar in Istanbul, Russian Defense Minister Sergei Shoigu highlighted the practices of US forces in Syria, during his signing of an agreement on the export of Ukrainian grain.

According to what was reported by the Russian “Sputnik” agency, Shoigu drew Akar’s attention to the fact that the US military has long been present on Syrian territory as a sovereign state, which is a violation of international standards.

He also noted that the armed factions are being trained in bases where the United States is deployed, such as the al Tanf base in southern Syria.

In his conversation with his Turkish counterpart, Shoigu pointed to the illegality of the unilateral sanctions imposed by the United States on the Syrian government, explaining that these restrictions imposed by Washington, exacerbate the difficult humanitarian situation in Syria.

Hydrocarbons extracted from petroleum are primary source of fuel and are used in the manufacture of raw materials for the production of organic chemicals.

Experts point out that hydrocarbons are of great economic importance because they represent components of coal, oil, and natural gas, in addition to biofuels, plastics, waxes and solvents.