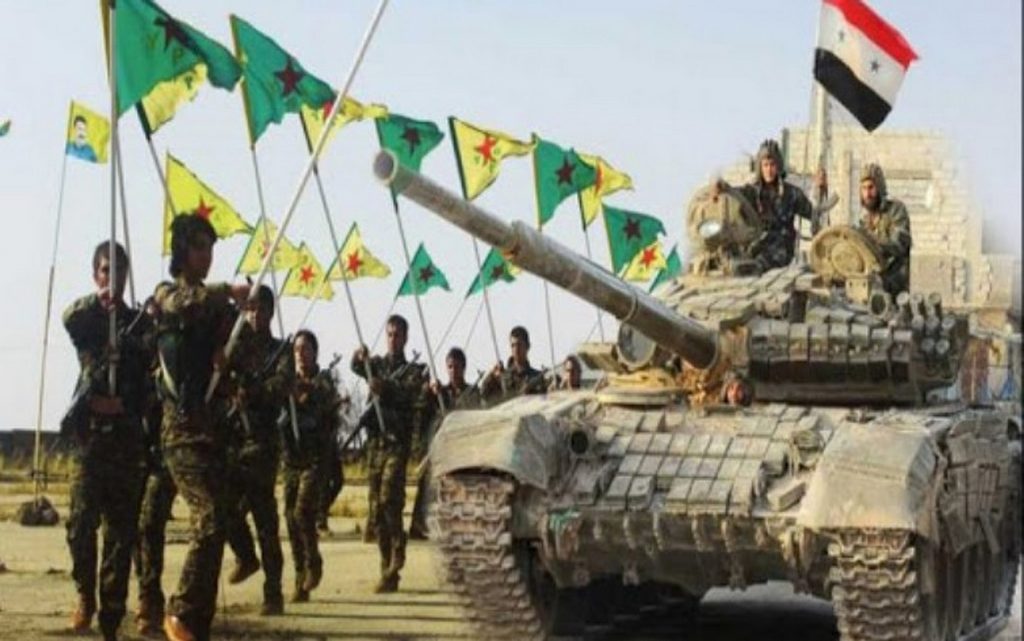 The Saudi funded, London based al Sharq al Awsat newspaper, revealed details of meeting, the first of its kind, between the SDF and Damascus that contains crucial demands.

According to the Saudi newspaper, a meeting was held, the first of its kind, between the leaders of the first row in the Kurdish “self-management” east of the Euphrates with official officials in the Syrian government, at the request and sponsorship of Russia for the meeting.

The meeting witnessed a decisive tone by the representatives of the Syrian state, and the most important of which was stated:

Dissolving all military formations and handing over weapons to the Syrian army, and disband the SDF elements with the option for the to join the Syrian army individually.

The return of all Syrian government institutions without exception, with the acceptance of local administration councils with the participation of Kurdish parties in their areas of presence.

Handing over the entire oil and gas fields, wheat stores and dams to the Syrian government authorities.

Cancel all Kurdish educational curricula that have spread in recent years and return to the Syrian official curricula immediately.

Political representation and foreign relations are exclusively in the hands of the central authority in Damascus, and it’s not possible to open relations with friendly foreign parties, whether or not.

While the Kurdish side requested several points, the most prominent of which were:

Rejection of the idea of ​​separation once and for all, and adherence to the Syrian government and the Syrian Army, the only guarantor of the country’s security.

Merging the SDF forces with the Syrian army, but with the preservation of privacy and a certain authority in the areas east of the Euphrates.

The oil issue and underground resources is comprehensively agreed upon by an US-Russian agreement.