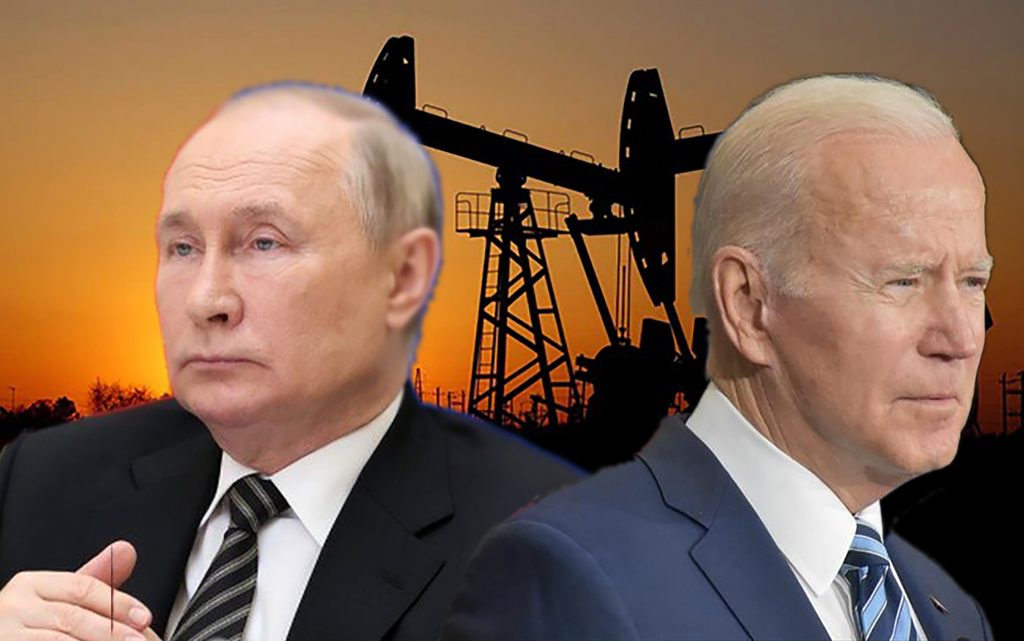 The United States is racing against time to implement an idea that it sees as the only solution in order to deprive Russia of benefiting from the record high oil prices, which has made Moscow so far safe from Western economic sanctions.

During the recent summit of the Group of Seven countries, US President Joe Biden tried to persuade the leaders of these countries to start implementing the idea of ​​setting a ceiling for the price of Russian oil, so that the resources of the Russian state would be greatly reduced, which would affect its budget.

The idea is an American idea par excellence, before some European countries start adopting it, but with caution, because it requires a lot of planning, and the chances of its success are not guaranteed.

The idea of ​​setting a ceiling for the price of Russian oil has opened a wide economic discussion about its concept, method of implementation, its efficacy, as well as the seriousness of its failure, which are the questions that we answer in the following paragraphs.

It can be said that the godfather of this idea is US Treasury Secretary Janet Yellen, who said that the goal of Western countries should be to reduce Russia’s oil revenues.

To achieve this purpose, the price of Russian oil must be reduced, through the agreement of the largest importing countries – especially in the West – on a unified price that covers only production costs.

The cost of Russian oil production is about $4 or $5 per barrel, and according to circulating information, the United States is considering setting a ceiling for the price of Russian oil not to exceed $25 or $30 per barrel, a price that all countries wishing to acquire Russian oil will have to pay to Moscow, even if the world price of oil is around $100 a barrel.

According to the latest economic forecasts for Russia’s budget, the revenues from oil sales alone will cover about 70% of the state budget for the year 2022 without talking about gas revenues, which means that Russia’s budget knows a comfortable situation despite the state of war that has been going on for months.

In the current situation, oil revenues cover about a third of Russia’s budget, and if these revenues are significantly reduced, Moscow’s incomes will experience a real collapse, which is what the United States is seeking.

The West has a very strong card through which it can pressure most Russian oil importers to accept this idea, and it comes to the International Group of Protection & Indemnity Clubs, based in London, the group that controls 95% of shipping vessels marine in the world.

This means that this group is the one who gives the insurance policy to almost all cargo ships in the world, and any ship that refuses to submit to the price that the West will set for Russian oil will not get an insurance policy, and therefore it will be impossible for it to find a port to receive it without insurance.

The European Union is one of the importers of Russian oil, and Russia’s oil exports to Europe amounted to about 4.5 million barrels per day before the outbreak of the war in Ukraine, which represented almost half of Moscow’s oil production.

However, the European Union announced a final decision to stop the oil that reaches the old continent from the sea by the end of 2022, provided that it will stop importing Russian oil permanently by the end of 2023.

This situation will push Russia to search for other markets, and here China and India appear as possible alternatives, to absorb the shortage that the European boycott of Russian oil will create.

China and India alone will have to import more than 45% of Russian oil exports, so that Moscow is not affected by the European boycott, and this is why Russia paved the way for this step, by selling its oil to the two countries at preferential prices, at less than $30 over the world price per barrel.

However, it will be difficult for China and India to import all their oil needs from Russia alone, because this contradicts the policies of the two countries that depend on diversifying energy sources.

This complicated situation will put Russia in front of a controversy, either by accepting the Western decision to ceiling oil prices, so as not to lose its largest customer so far, or to stop exporting oil to the West in the hope of a new missile price hike, which makes Western countries retract their decision.

The first option is to find an alternative to the European market, but if we look at the matter from the logistical point of view, it is difficult for Russia to redistribute all the oil that it was exporting to Europe to other destinations, because the supply lines linking Russia with Europe were built over decades It required tens of billions of dollars of investment, a complex network of supply pipelines stretching for thousands of kilometers.

If you compare it with the oil export network to Asia, the latter is considered new and very small compared to the Russian supply network towards Europe.

The first supply line from Siberia to China reached its peak in 2019 and extends over 4,188 km, which is the longest oil supply line in the world. It enables the export of 600,000 barrels of oil per day, at a cost of $25 billion.

Another million barrels that reach China from Russia are added to it through other oil refineries, but these numbers represent only a fifth of what Russia exports to the West, meaning that China cannot be a substitute for Europe.

Also, exporting oil to China poses a greater challenge to Russia, which is to find enough oil tankers towards Asia, because transferring oil to Europe requires short distances, while transporting it to Asia will require spending 10 times the number of days spent by tankers towards Europe, and may reach the duration of some round trips more than two months.

You benefit from this option because the prices of other energy materials such as gas will rise, but their benefit may be temporary and not in the long term.

Some experts in energy and oil markets, sees the US plan, in theory, “is an attractive plan for Western leaders and will achieve the goal of reducing Russia’s oil revenues”.

Thus, “its implementation is considered difficult if not impossible”.

Countries like China and India in particular, will often refuse to engage with the West in setting a ceiling for the price of Russian oil for political reasons first, and secondly, China can issue its own insurances for oil tankers, although they are of lower quality than the insurances issued by London, but they It will do the trick.

In conclusion, the nature of Russian President Vladimir Putin is difficult to accept that the West imposes an oil price on him, and then he may resort to suddenly cutting off oil supplies to the West, which may cause a real crisis in the hydrocarbon market, and the first to be affected by it is the West, especially the United States is on the verge of crucial midterm elections for the US administration.