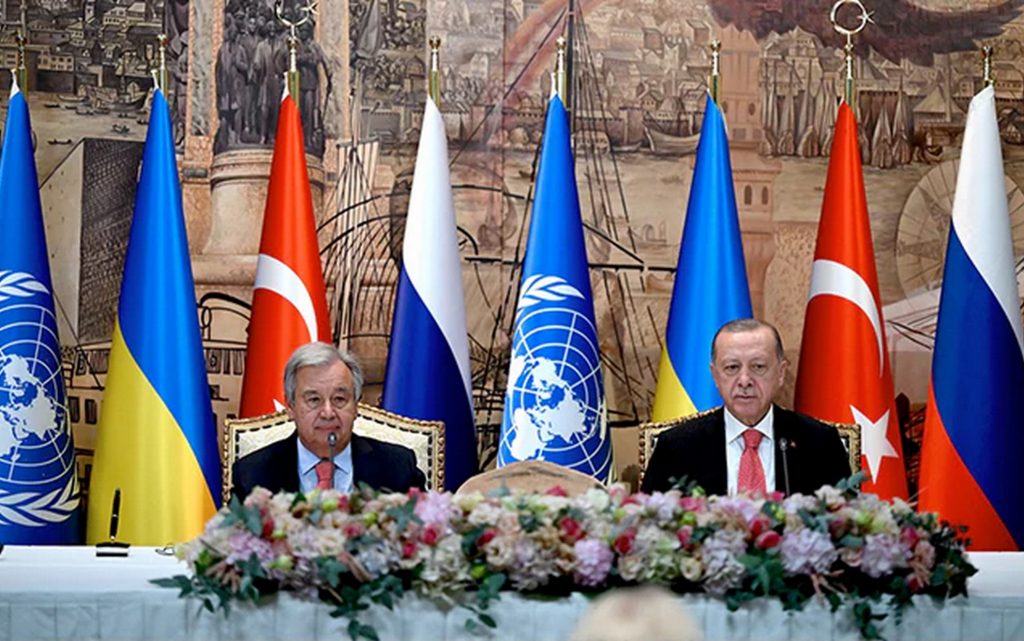 On Friday, Russia and Ukraine signed an agreement on grain exports, which was expected to face the threat of famine in the world.

Turkey had announced that Moscow and Kiev had signed the initials in Istanbul, on Friday, the document that allows for the removal of Ukrainian wheat stuck due to the war, through the Black Sea, and to ease obstacles to the transport of Russian grain and fertilizers.

And, on the same day, Russian gas shipments to Europe partially resumed.

“We welcome the announcement of this agreement in principle, but what concerns us now is to allow Ukrainian grain to reach world markets,” the US State Department said.