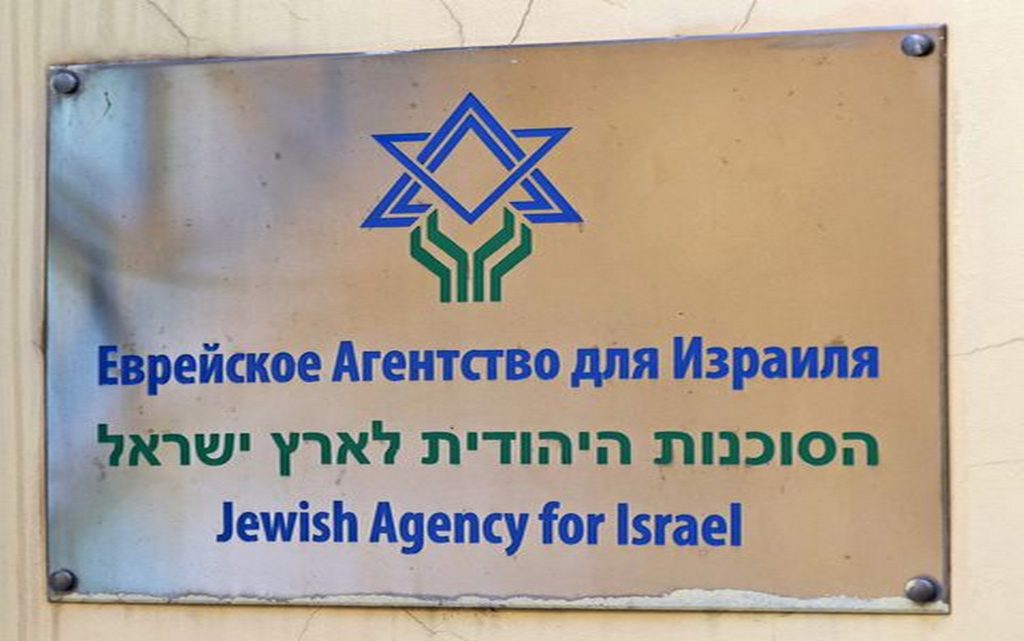 “The court has received an administrative complaint from the main department of the Ministry of Justice in Moscow demanding the dissolution of… the organization ‘Supporting Links with Diaspora Jewry, the Jewish Agency’,” Russian news agencies quoted Ekaterina Buratsova, a spokeswoman for the Moscow Basmani Court, as saying.

The Jerusalem-based Jewish Agency for Israel is the world’s largest non-profit Jewish organization that helps Jews immigrate to Israel.

Last week, Israeli Ambassador Alexander Ben-Zvi met with Russian Deputy Foreign Minister Mikhail Bogdanov to seek clarification on the matter, and was told that the agency’s ongoing investigation did not constitute political retaliation against Tel Aviv, according to the Israeli Walla news website.

According to the website, Tel Aviv was concerned about the possible designation of the Jewish Migration Organization as a foreign agent by Russian officials angry at its response to the invasion of Ukraine.

The State Department initially declined to involve itself in the case, preferring to allow the agency to handle it independently.

Diaspora Affairs Minister Nachman Shai responded with a stinging tone to the news, stating that “Russian Jews will not be held hostage by the war in Ukraine”.

“The attempt to punish the Jewish Agency for Israel’s stance on the war is regrettable and insulting,” Shay said.

The Jews of Russia cannot be separated from their historical and emotional relationship with the State of Israel”.

A spokesperson for the agency told Haaretz Thursday, “There is no decree to close the Jewish Agency.

The truth is that we received a summons from the court to hold a hearing on the 28th of this month and this is part of an ongoing legal process and we will not make any further comments while the procedure continues”.

And last week, the Moscow Times reported that Russian President Vladimir Putin signed a bill that expands the definition of a foreign agent to include organizations that receive non-cash support from outside the country.

Earlier this month, the Russian government told the Jewish Agency that its activities in the country violate Russian law and must therefore cease.

In a letter sent by the Russian Ministry of Justice to the agency’s office in Moscow on July 1, it was stated that the organization collects, stores and transmits data on Russian citizens, and this behavior is in violation of the law.

Since the beginning of the Russian invasion of Ukraine on February 24 and the subsequent economic sanctions, an increasing number of Russian Jews have immigrated to Israel.

According to the internal figures of the Ministry of Immigration and Integration, 11,906 Ukrainians immigrated to Israel during the first six months of this year, nearly four times the number in 2021.