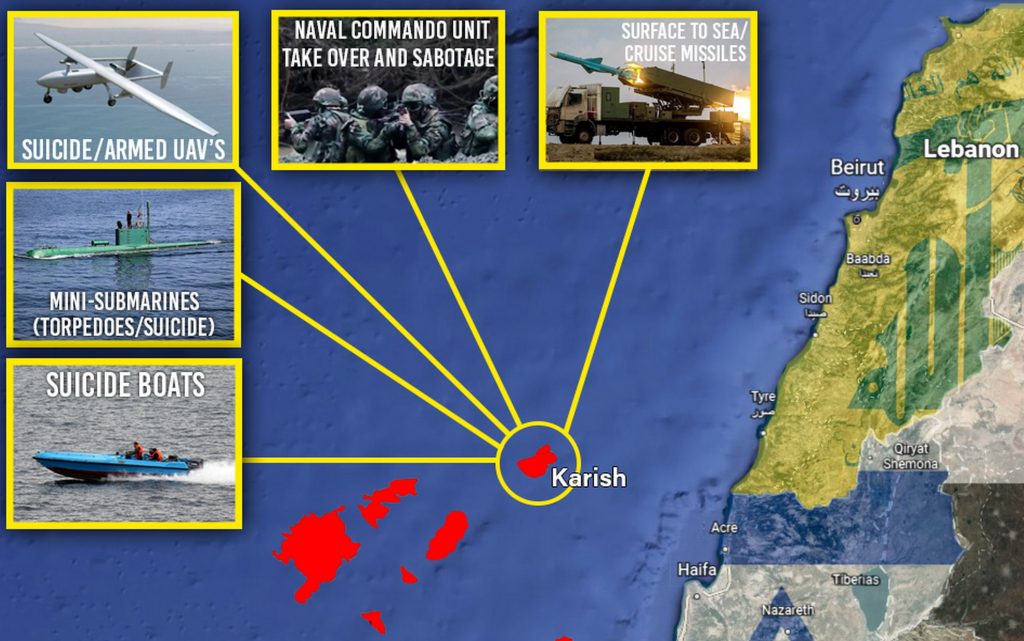 A report by the military analyst in the Isareli newspaper, Haaretz, as risks of a military escalation between Israel and Lebanon have increased significantly in recent weeks, regarding the gas fields in the Mediterranean, explaining that the impression left by Israeli officials after talks they had, last week, with the US mediator in the maritime delimitation negotiations between the two sides, Amos Hochstein, these indirect negotiations reached a stalemate.

The report indicated that he doesn’t expect Hezbollah Secretary-General Hassan Nasrallah to retract or soften his statements against Israel in this regard, and that officials in the Israeli energy market are looking “quietly” for alternatives to exploration in the “Karish” gas field, which was scheduled to It will start next September, in anticipation of obstructing the drilling process due to the tension.

While Israeli intelligence estimates that Hezbollah won’t initiate a war because of the political impasse and the economic situation in Lebanon, a senior officer in the Israeli army pointed out that on July 11 (2006), one day before the war, it was not We have any idea” that Hezbollah planned to capture two Israeli soldiers, “and looking back, I would have done a lot to find out, in order that we would have at least one day to prepare”.

The report quoted Israeli military intelligence officers as saying that “the situation has become more complicated recently,” especially after Hezbollah launched three drones towards the “Karish” platform, at the beginning of this month, and the pace of events at the borders is escalating.

Nasrallah threatened, last week, to obstruct the start of exploration in Karish, while European officials who visited Israel last month said that they see gas imported from Israel as part of the alternatives they rely on for Russian gas.

The report added that Israeli intelligence analysis indicates that Nasrallah is de-terrified from a war.

Nasrallah is by far the most experienced and responsible leader in the region, given the burns he sustained in the 2006 war, which was very disappointing for Israel.

And limited friction with Israel over gas could constitute a justification for Hezbollah’s military resistance, especially if it ends with an Israeli retreat and the demarcation of the maritime borders in a way that places in Lebanon’s hands larger gas fields.

According to the report, the officers of the Israeli Military Intelligence Division “Aman” see Nasrallah’s successive statements as a “thoughtful game”.

They consider that “Nasrallah is trying to extort concessions, which are scored in his favor by the Lebanese public, which is suffering from shortages in electricity and water supplies.

In parallel, Nasrallah warns against a direct clash.

However, Aman’s assessment for the current year indicated that Lebanon is not expected, and a war may erupt with it.

The report added that “this danger, which is still managed and limited, is now more tangible against the background of the dispute over gas”.

The original plan was to assign another group of companies that manage the Leviathan gas field to start drilling in Karish after about two months, but it was hinted recently that exploration may be delayed, if Hezbollah insists on heating the area in September.