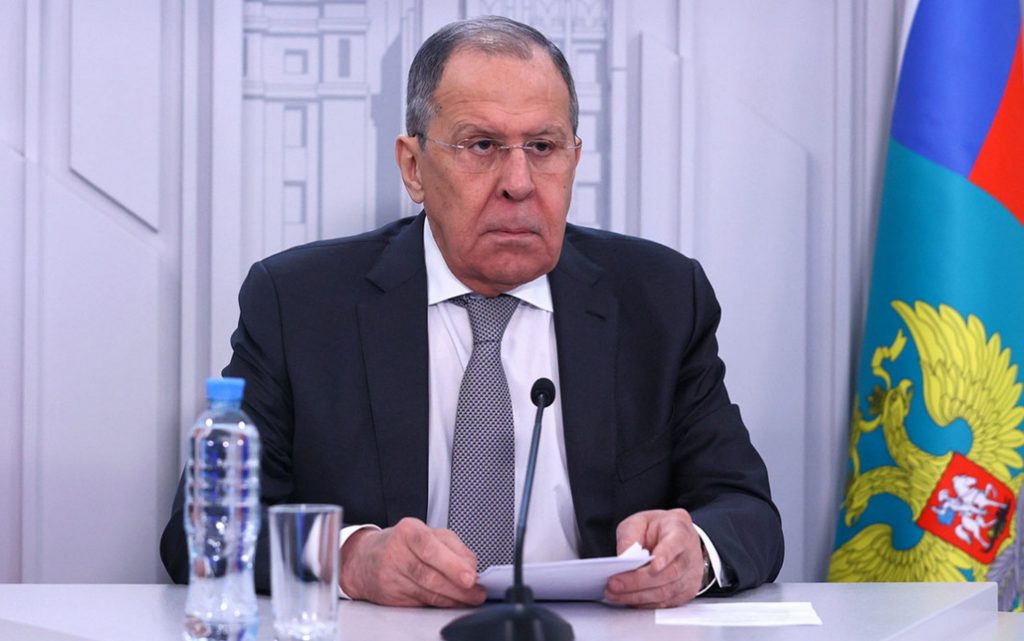 The Russian Foreign Minister Sergei Lavrov said on Wednesday that Moscow’s military missions in Ukraine had gone beyond the eastern Donbas region, in the clearest acknowledgment yet that war aims had expanded in the past five months.

Lavrov said in an interview with the official Russian news agency RIA Novosti that the facts of geography have changed since officials from Russia and Ukraine held negotiations in Turkey in late March that failed to achieve any breakthrough.

He said at the time that the focus was on the self-declared republics of Donetsk and Lugansk in eastern Ukraine, from which Russia says it wants Ukrainian forces out.

“Now the geography is different, no longer related to the two republics, but also to the regions of Kherson, Zaporizhia and a number of other regions,” Lavrov said, referring to lands outside the two republics that Russia controlled, either in whole or in part.

“The process continues logically and diligently,” he added, noting that Russia may need to go deeper.

The foreign minister is the most senior Russian official to speak openly of the war’s territorial objectives, nearly five months after President Vladimir Putin launched the invasion, denying Russia wanted to occupy its neighbor.

Putin said his goal was to disarm Ukraine and rid Ukraine of “Nazis”, descriptions rejected by Kyiv and the West as pretexts for a colonial expansionist war.

After defeating an initial attempt to seize the capital, Kyiv, the Russian Defense Ministry said on March 25 that the first stage of the special operation had been completed and that it would now focus on “achieving the main objective of liberating Donbas”.

Almost four months later, Russia captured Lugansk, one of two regions that make up Donbas, but it is still far from capturing the whole of the other, Donetsk.

But its forces have already captured areas outside Donbas, especially in the southern regions of Zaporizhia and Kherson, and continue to launch missile strikes on cities across Ukraine.