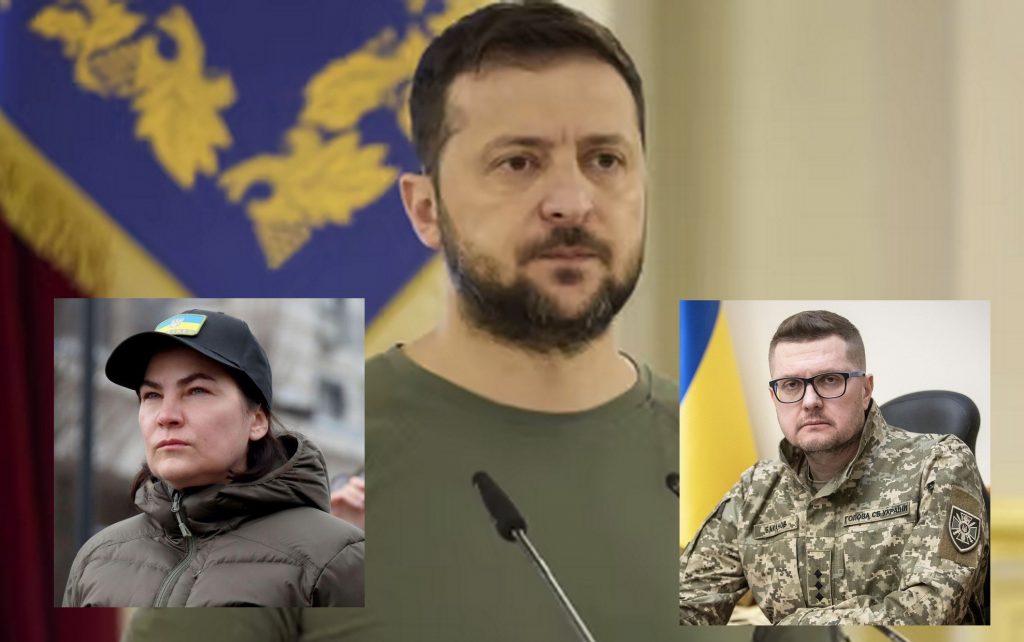 The repercussions of the sudden dismissal of the Ukrainian Prosecutor General, Irina Venediktova, and the director of the Security Service, Ivan Bakanov, on Sunday, are still continuing.

The news grabbed the attention of news agencies and analysts, especially after information revealed that the dismissed director of intelligence was a close and personal friend since childhood of Ukrainian President Volodymyr Zelensky, who said that the dismissals were due to a “possible betrayal”.

A Childhood friend and short prosecutor

However, what was new was revealed by a report by the New York Times that said that Zelensky’s relationship with Bakanov goes back decades.

The report added that the two also worked in the entertainment sector, with Zelensky who was an actor and Bakanov was the director of Kvartal 95 studio.

Officials in the Zelensky’s government blamed Bakanov for intelligence failures and missteps that allowed the Russian army to take the city of Kherson in southern Ukraine almost without a fight.

As for Prosecutor General Irina Venediktova, the court of the National Anti-Corruption Office of Ukraine ordered an investigation into her failure to report her property in the statement of financial assets and income that officials are required to provide.

The main authority for internal security and intelligence

The Ukrainian President Volodymyr Zelensky announced on Sunday evening the dismissal of Prosecutor General Irina Venediktova and head of the security services Ivan Bakanov, due to many suspicions of the existence of several cases of treason committed by local officials in favor of the Russians.

In his televised speech, Zelensky said that a total of 651 high treason cases had been opened against law enforcement officials, and that more than 60 employees of the Prosecutor’s Office and the Ukrainian Security Service were still in the “occupied territories” and working against the state.

The Ukrainian Security Service, known as SBU is the main internal security and intelligence authority in Ukraine.