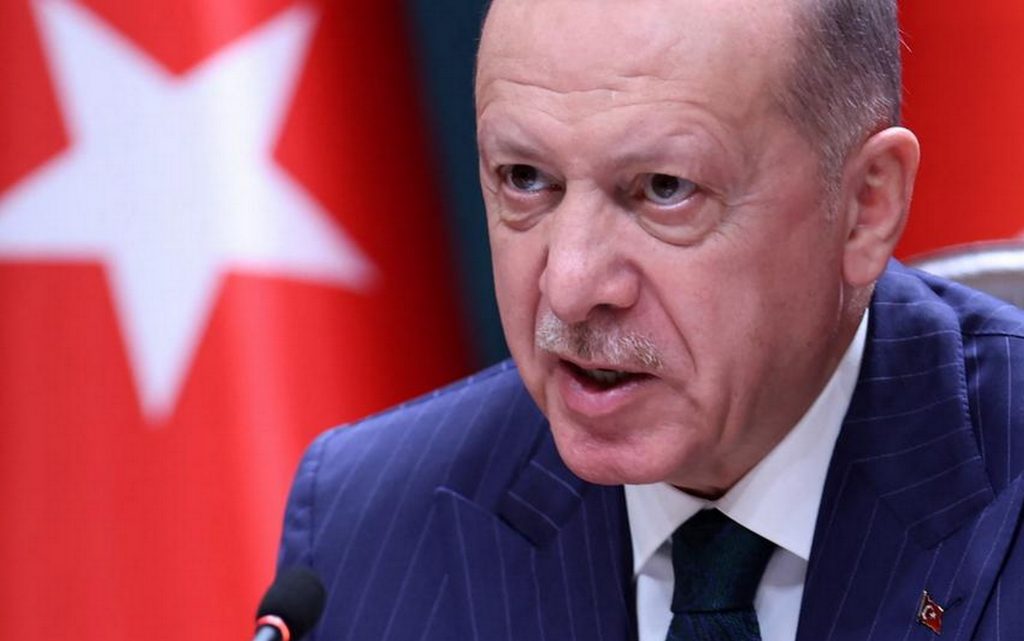 Turkish President Recep Tayyip Erdogan said on Monday, that his country “has provided conditional approval for Sweden and Finland to join NATO,” adding: “We’ll freeze the process of Sweden and Finland’s accession to NATO if they don’t take the necessary steps to meet our conditions”.

In a speech before the Council of Ministers, Erdogan warned that “in the event that Sweden and Finland do not take the necessary measures to meet Türkiye’s conditions by alleviating its security concerns, cooperating with it in combating terrorism and handing over wanted terrorists, Türkiye will work to freeze their accession process to NATO”.

On the fourth of this month, Turkish Foreign Minister Mevlut Cavusoglu said in statements to the Turkish NTV channel, “If Finland and Sweden want to join NATO, as soon as possible, they must abide by their commitments, and it is not enough to return the wanted terrorists to Türkiye … The two countries must abide by all commitments and amend their laws”.

Turkish officials said that Ankara “will demand Finland and Sweden extradite 33 people belonging to the Kurdistan Workers’ Party (PKK) and Fethullah Gulen movement”, a day after the signing of a memorandum between the three countries paving the way for Finland and Sweden to join NATO.

On June 28, Türkiye, Sweden and Finland signed a tripartite memorandum of understanding regarding the two countries’ membership in NATO, on the sidelines of the summit held in the Spanish capital, Madrid.

The memorandum was signed by Turkish Foreign Minister Mevlut Cavusoglu, his Finnish counterpart Pekka Haavisto, and his Swedish counterpart Anne Linde, in the presence of the leaders of the three countries.

Finland and Sweden had requested to join NATO, but faced opposition from Türkiye, due to what it says is the two countries’ support for groups it considers “terrorist”, and because of the imposition of an arms embargo on Ankara.