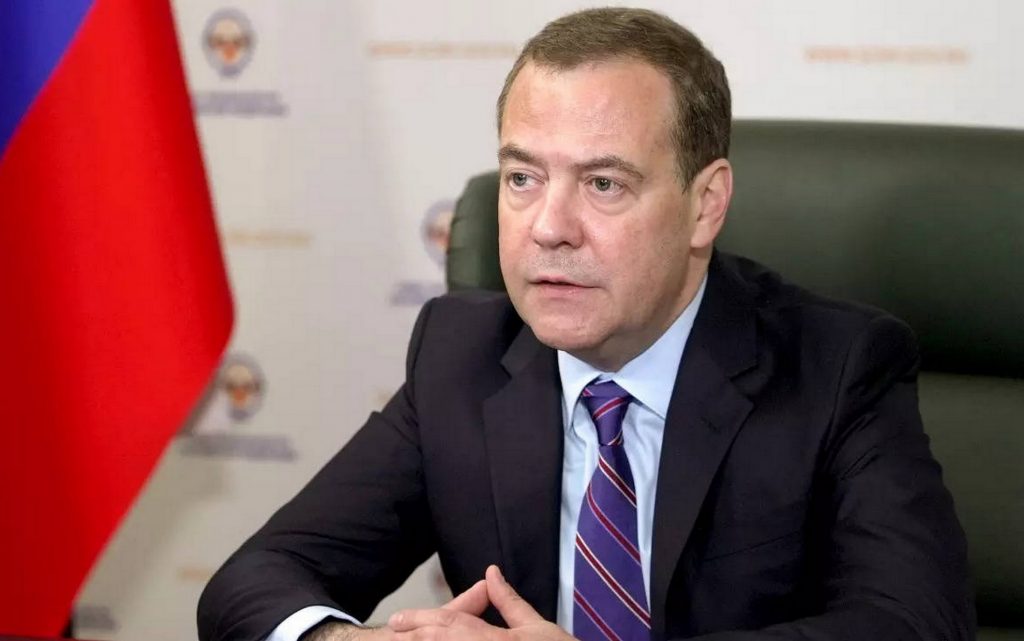 Former Russian President Dmitry Medvedev, on Sunday, July 17, 2022, warned Ukraine and the Western powers supporting it not to recognize Moscow’s authority over the Crimea, describing it as a “direct threat”, and also vowing to respond with an “earthquake” if this region was exposed. to attack.

Medvedev said, according to the Russian TASS news agency, that in the event of an attack on Crimea, “the day of reckoning will come quickly and it will be very difficult, and very difficult to hide”.

Medvedev didn’t go into detail, but has previously warned the United States of the dangers of trying to punish a nuclear power like Russia for its actions in Ukraine, saying it could put humanity at risk.

Russia annexed the Black Sea peninsula of Crimea from Ukraine in 2014 after ousting a pro-Moscow president in Kyiv amid mass street protests, then Moscow backed armed pro-Russian separatists in the eastern Donbass region.

Medvedev, who is currently the deputy head of Russia’s Security Council, made the comments a day after a Ukrainian official said that Crimea, which most of the world still recognizes as part of Ukraine, could be a target for US-made HIMARS missiles.

Kyiv had recently deployed the HIMARS missiles, in the midst of the battles it has been waging against the Russian forces that have been attacking Ukraine since February 24.

In this context, Medvedev himself said, on Sunday, that “if any other country, be it Ukraine or NATO countries, believes that Crimea is not Russian, then this represents a systematic threat to us”.

Addressing a group of World War II veterans, Medvedev added: “This is a direct and explicit threat, especially given what happened to Crimea. Crimea has returned to Russia”.

On the other hand, the British newspaper, The Times, said, on Sunday, July 17, that Russian missiles struck industrial facilities in Mykolaiv, Ukraine, apparently in implementation of Medvedev’s promise of “a day of quick judgment,” if Kyiv tried to regain the Crimea.

Ukrainian officials described the Russian bombing of Mykolaiv, a shipbuilding city near the Black Sea, as an “intense attack”.

According to “The Times”, the Kremlin is apparently preparing for the next stage of its offensive, after Russian Defense Minister Sergei Shoigu visited the front line and issued an order “to intensify the movements of units in all areas of operations”.

While the Ukrainian military said that Moscow is regrouping its units to advance towards Slaviansk, one of the prominent cities still under the control of Ukrainian forces in the eastern Donbass region.