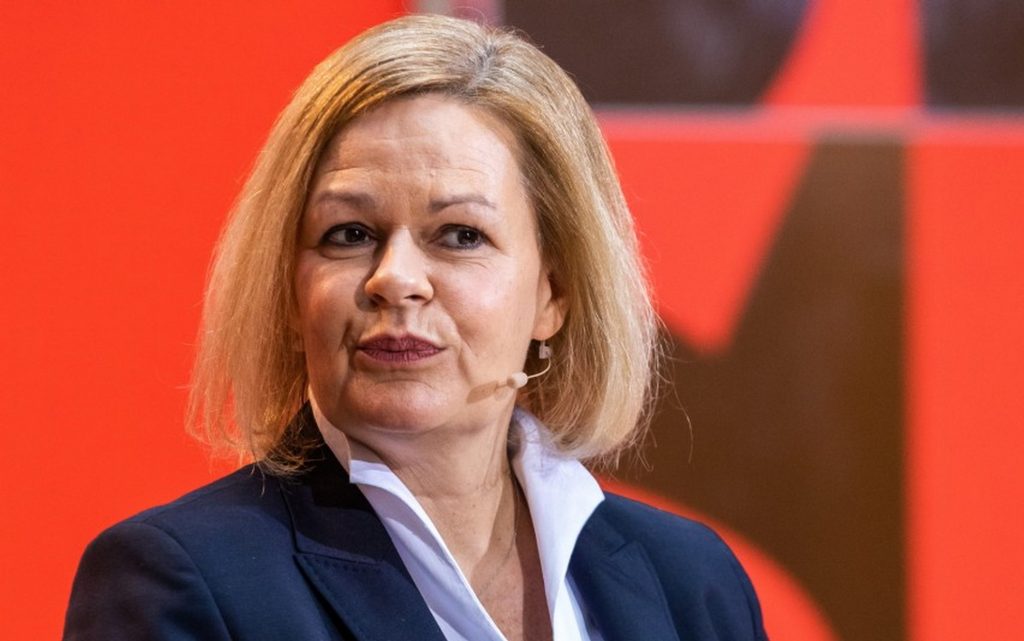 German Interior Minister Nancy Faeser suggested that violent protests could erupt in the country against the backdrop of the rapid rise in energy prices and gas supply difficulties.

“Of course, there is a risk that during the coronavirus pandemic those who have shown a disdain for democracy, often associated with right-wing extremists, will try to use high prices as a new theme to call for protests,” Faeser told the local Handelsblatt newspaper.

The minister pointed out that “populists and extremists” use any crisis to “terror and divide” society, but at the same time, she stressed: “We’re ready for possible new protests”.

On the other hand, the head of the German Federal Network Agency, Klaus Muller, said that the country’s gas stores aren’t full enough to spend the winter.