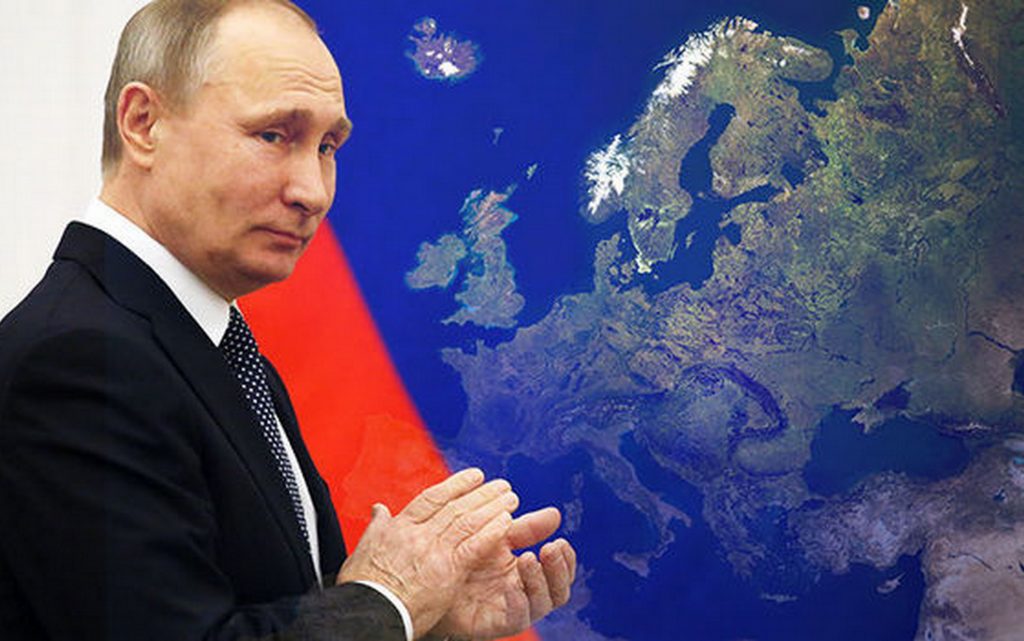 The Western countries’ sanctions that were supposed to bring Russia on its knees, seems to be bringing Europe on the ground!

Generally speaking, this political dirty game that called sanctions, was actually an American game, made and usually prepared to conquer nations, that says no to Washington, however in Russia’s case, which no Iraq, no Iran, no North Korea, no Syria.

This is mother Russia, that we’re talking about.

European countries, used to be forever the punching bag between the US and Russia, since the old days of USSR Vs. USA cold War.

Today again as it always the case Europe and Europeans are paying the price.

The inflation rate in these countries reached its maximum level, which is the first time in European countries that such a situation is seen in their history.

As this article written the 1 Euro equals 1 USD, which the 1st time to witness this, since 2002.

Everyone knows, Ukraine fell prey to the deceptive promises of Western countries led by the US.

Ukraine is a neighboring country of Russia, and there is a close relationship between the people of these two countries.

Russia has never wanted insecurity in Ukraine, but it was Ukraine that became the prey of Western countries’ deception and the means of reaching Western countries’ targets was located near the borders of Russia, and this forced Russia to carry out special operations on the territory of Ukraine.

This was what the western countries, led by America, wished for… yes, indeed.

The Western countries didn’t spare any option to target Russia, including economic, military, media, sports and cultural sanctions; Because there was a risk that the control of all NATO biological weapons programs and laboratories in Ukraine would be taken out of the hands of the NATO forces and come under the control of the Russian military forces, which happened.

In the military sector, Western countries have sent light and heavy weapons to military forces to Ukraine, and reliable sources report that they have been arrested in Ukraine.

Russia’s leaders first examined all aspects of a case and then took action.

In the case of Ukraine, not only the Russian economy wasn’t affected; rather, during this war, it earned more than 100 billion dollars from oil and gas alone, while it didn’t increase its exports either.

The inflation rate in these countries reached its maximum level, which is the first time in European countries that such a situation is seen in their history.

On the battlefield, Russia reached about 70-80% of its predetermined goals.

As General Steven Twitty; The former deputy of the US command in Europe said in his recent interview: “I think the war in Donbas will end in favor of the Russians… If you look – I’m talking about the eastern part of Donbass in particular – the Russians are making every effort to capture the remaining cities of the Donbass region, such as Rubizhan, Liman, Sorodonetsk and Lysichansk, even some of these cities are already under the control of Russian forces”.

He continues saying; “As officially announced, we intend to weaken Russia… Although we haven’t yet defined what attenuation means.

If you look at the Ukrainian and Russian forces right now, they are almost one to one.

The only difference is that Russia has much more combat power than the Ukrainians.

So, there is no way the Ukrainians can beat the Russians.

We need to really understand what attenuation means in the end.

I always say that the Ukrainians will never have enough combat power to drive the Russians out of Ukraine.

So how will the end game be?

If you really want to go back to pre-2014 I’d be interested in hearing about solutions; because from the military point of view, the Ukrainians don’t have the ability to do this and have such combat power”.

Remember that they also lost their soldiers during this they are losing the war.

They started the war with 200,000 troops, who knows where they are today?

We have to accept that they don’t have the time and the budget to go back to pre-2014”.

“Another point that should be noted is that if you look at the diplomatic, intelligence, military and economic components, we’re facing a severe lack of diplomatic components to solve this issue.

“If you notice there is not even an attempt to agree on any negotiation, there is no diplomacy.

Due to the fact that Putin doubts the intentions of the Western countries, it seems unlikely that the Ukraine issue can be resolved through dialogue any time soon, and if the sanctions against Russia continue, the European countries will definitely be the losers”.

Sure, is we can continue the Article and count the losses in the Military, Moral, economic etc.…

Despite that, western Media still pushing and celebrating any loss that Russia might suffer on the ground, which is natural for any nation in action, however, there is no word can be added, to what General Steven, and he for sure, doesn’t know the sad reality.

That when western Media celebrate any Russian loss, there are 10 more losses in the other side.

The Image can speak for itself; however, the western media don’t have the courage to admit it, and it seems to be they will remain stubborn until the end, when they receive the shock the reality shock from the Kremlin.

It’s the shock, that Vladimir Putin will send, which is going to be the shock of entire Western system.