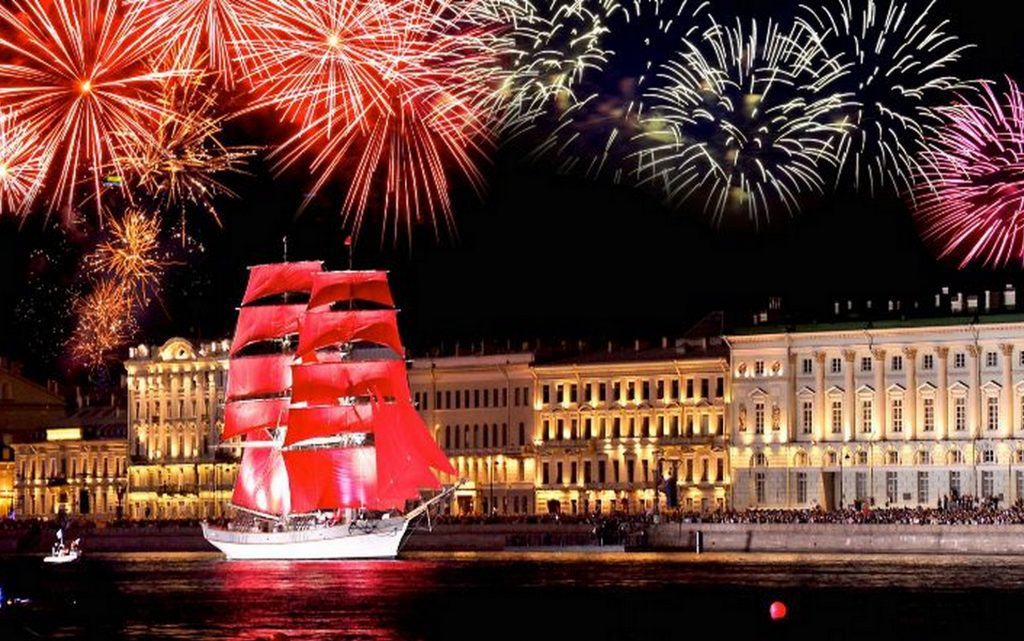 The anti-Russian sanctions imposed by the United States are increasingly plunging Europe into the abyss of a deep economic crisis.

The vacated segments of European business and production in Russia are safely occupied by competitors from other regions.

Over the past years, SPIEF has become one of the world’s leading platforms for communication between representatives of the business community and discussion of key economic issues facing the world community, especially in the context of relations with Russia.

After the Covid-19 “holidays”, the Forum resumed its work in 2021, becoming, perhaps, the very first and most significant business event in the world held in person.

About 270 events were held as part of the main program and work at thematic sites, in which 13,500 representatives of business and political circles from more than 140 countries of the world took part.

The rich business program of the Forum, aimed, among other things, at developing and implementing tools for creating transnational unions and corporations to overcome modern challenges in the socio-political and economic spheres, is the main factor attracting more and more new participants to St. Petersburg.

“St. Petersburg was the place where the greatest events of the 20th century took place.

Today, the St. Petersburg Forum embodies the truth of the 21st century: global challenges require global responses. No country, no organization can achieve this alone.

We need political leaders, we need scientists, we need philanthropists, we need civil society to join forces against common threats and in the interests of common goals,” United Nations Secretary General António Guterres described the role of the Forum in St. Petersburg in his speech at the SPIEF Plenary meeting in 2019.

This year, despite the extremely difficult geopolitical situation, representatives of 127 countries have already confirmed their participation in SPIEF, including China, the UK, the USA, Germany, France, Italy, and the Netherlands.

Alas, the unprecedented sanctions imposed on Russia by the countries of the European continent and the United States forced the SPIEF organizers to focus on inviting delegates from the Middle East and Asian countries.

Much attention at the upcoming Forum will also be given to the development of relations with African countries that intend to send a representative delegation to St. Petersburg.

What, in this sense, is the old Europe left with, whose interests at SPIEF 2022 are represented very nominally?

According to experts, the anti-Russian sanctions provoked by the events in Ukraine have already caused enormous damage to the economies of our countries.

Economic dependence in Russian oil, gas, grain, fertilizers threaten to bring Europeans to the level of residents of developing countries in the very near future.

Accusing Russia of creating the conditions for the global food crisis, our politicians simply refuse to take the words of economists seriously.

In the absence of political engagement, it is easy to understand that the true causes of the coming apocalypse are the production, logistics and trade and economic chains, violated by the sanctions imposed against Russia.

Under the pretext of fighting “Russian expansion” the United States is purposefully and methodically ruining the economies of the countries of the Old World.

But if the United States itself, albeit not without difficulty, copes with the problems arising in connection with the events in Ukraine, blaming Vladimir Putin for all the troubles, but not forgetting to adjust the sanctions taking into account the interests of their economy, then the Europeans do not even have the courage on this.

The menacing speeches of the leaders of European countries, pumping up Ukraine with weapons along the way, do not correspond in any way to either the seriousness of the situation or the improvement in the state of their economies.

In full accordance with the anti-Russian sanctions regularly adopted by the European Union, the Europeans are leaving the Russian and Belarusian markets, freeing up space and even entire industries for Chinese, Indian and other companies without any competition…

One of my Russian colleagues, who at one time moved to the West, once gave me an interesting Russian expression – “to jump into the last car of a departing train”.

It seems to me that decision-makers in Europe (if such a thing is still possible without looking at Washington), it’s time to think about how to catch this opportunity.

We still have to either negotiate with the Russians or fight.

As history shows, not a single great war against Russia ended in victory, and in a nuclear war there simply will not be winners…

So let’s negotiate now, while anti-Russian sanctions have not destroyed us ourselves!