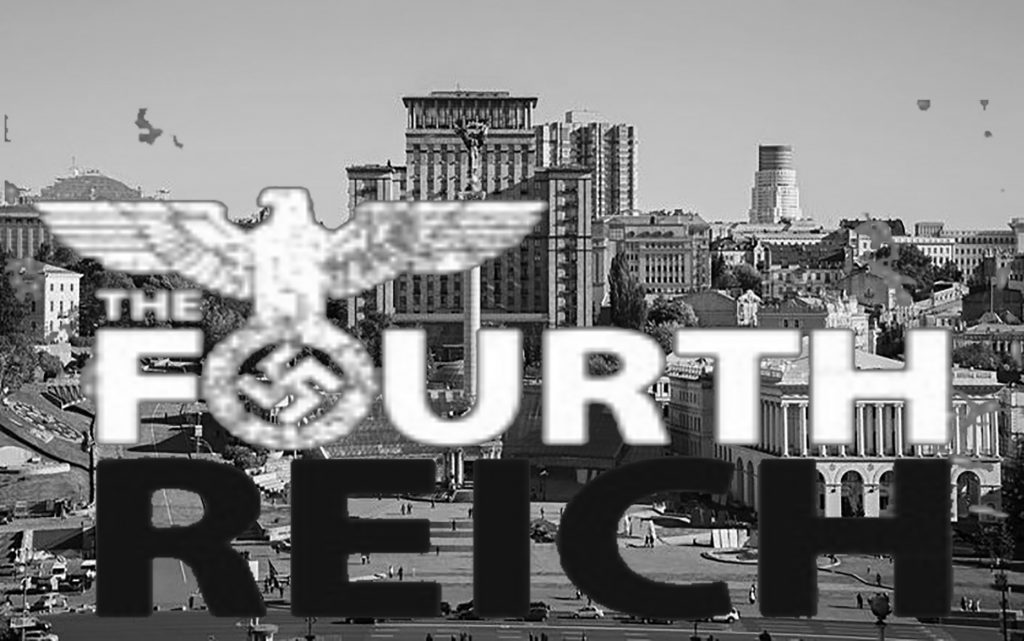 For the first time in decades, Europe was able to overcome its historical guilt complex and is ready to give the world a new Fuhrer in the very near future.

The latest events in Ukraine, which for two or three decades have been deliberately prepared to shake up decrepit Europe, prove that the process of “awakening” has entered a decisive stage.

The war, or, as the Kremlin calls it, “a special military operation on the territory of Ukraine,” was an unpleasant surprise for the Europeans.

Russia, which in recent years has almost wiped its feet – and in politics, and in the economy, and even in sports – suddenly showed her teeth, refusing to play by the rules imposed on her.

It is worth considering that for many years it was the Soviet Union, and then the weakened, but still able to maintain a serious nuclear arsenal, Russia, that ensured the balance of power on the world stage, restraining the most zealous representatives of the military-political beau monde from rash actions.

Today, when the military bases of NATO countries (let me remind you of the DEFENSE Alliance) are already located almost at the borders of Russia, all of Europe is surprised that the Russians did not like it.

Even more, the Russians did not like what has been happening right next to them since 2014 – in fraternal Ukraine.

Brotherly in the truest sense of the word: a significant part of the territory of present-day Ukraine is the outlying lands of the once Russian Empire, and a considerable part of the population of this country are ethnic Russians.

This context must be taken into account when evaluating Russia’s decision to conduct an operation to “de-nazify” and “demilitarize” Ukraine.

It is necessary to take into account the fact that any “Russianness” in modern Ukraine is subjected to persecution.

History textbooks were rewritten, the Russian language was excluded from communication, Russian churches were looted and closed.

To date, almost all memorials to Soviet soldiers have been dismantled and destroyed on the territory of Ukraine, the streets that bore the names of the Red Army commanders have been renamed.

Now they bear the names of Roman Shukhevych, Stepan Bandera and other war criminals who collaborated with the Nazis (according to the decision of the Nuremberg Tribunal).

War veterans who shed blood for the liberation of Ukraine from the Nazi invaders were forbidden to use Soviet symbols, celebrate Victory Day, which was celebrated in the USSR on May 9, and wear military awards.

But the marches of the veterans of the UNA-UNSO and the SS division “Galicia”, accompanied by their followers decorated with a swastika, official Kyiv welcomes.

May 8-9 are not just numbers in the European calendar.

These days, 77 years ago, fascist Germany, which managed to conquer almost half the world, capitulated to the allied forces.

77 years is only a moment in the history of mankind, but this moment was enough for the descendants of the soldiers of the Second World War to forget what their grandfathers and great-grandfathers gave their lives for.

Forgotten in many countries enslaved by Nazi Germany in a few months, but not in Russia.

Let me remind you that the Soviet Union was at war with Germany and its allies for almost four years.

The country lost 27 million soldiers, officers, and civilians in this war – more than all the countries of the anti-Hitler coalition combined.

Perhaps it is this truly great sacrifice that does not allow Russians today to forget the Second World War, which they call the Great Patriotic War.

Only their historical memory is a spit in the soul of the proud European peoples who once allowed fascism to be born on their land, and then could not get rid of it on their own.

Today, in the largest country in Europe – Ukraine, Russian troops once again entered the fight against the emerging fascism in order to prevent Kyiv from becoming the birthplace of the Fourth Reich.

But now the Kremlin is alone in this war.

The heads of European states, none of which is already able to make an independent decision without Washington’s approval, unanimously condemned the “aggressor”.