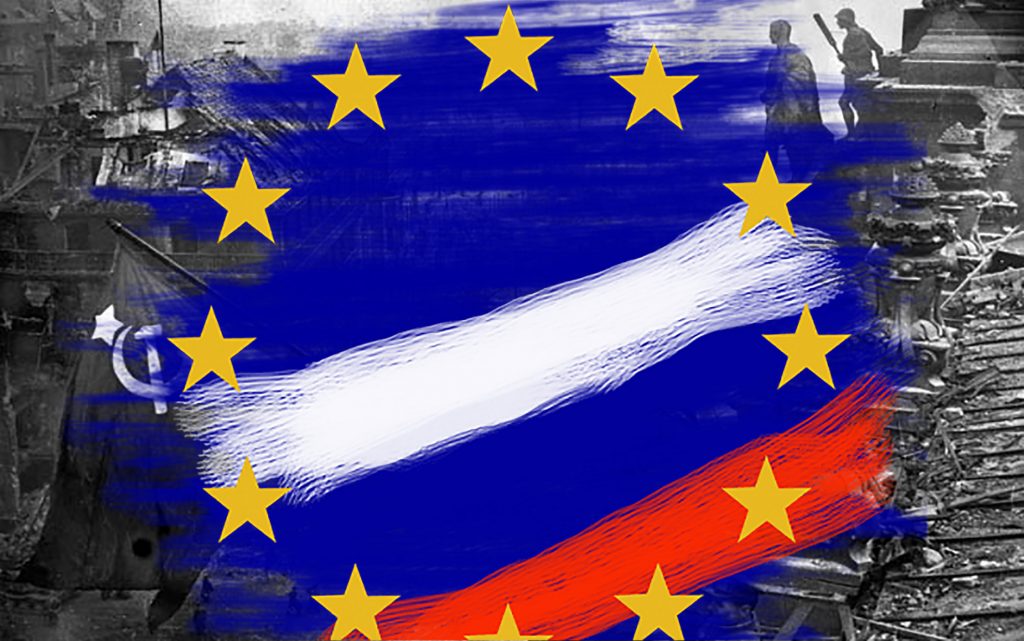 A title in a form of a question, and for the answer that is supposed to be obvious and known.

Yes, the Soviet Union had a decisive role in resolving the Second World War, as Its forces had to bear the greatest burden in confronting the might of the Wehrmacht military machine that tried to invade and occupy the Soviet Union, after it seized all Europe.

With repeating of Napoleon’s mistake in invading Russia, and the exhaustion of German power in several fronts, with the legendary steadfastness of the Red Army, with millions of victims over the entire territory of the Soviet Union, it was decisive in defeating Nazism and chasing its remnants to their center, all the way to starting point in the heart of Germany, and overthrowing the Third Reich forever.

It is strange that some come out from time to time to reduce all these sacrifices, motivated by an agenda that has nothing to do with the origin of the issue.

The idea of ​​turning the Soviet Union and then Russia into becoming the default enemy of Europe isn’t primarily a European idea, but it is an American one.

After the war, Europe came out exhausted, destroyed, and the economies of its countries in dire straits, in dire need for reconstruction and rebuild the economy.

Thus, that’s exactly the next goal of the United States, after eliminating Nazism, with the help of the Soviet army, which was the first to enter Berlin, the United States became leading the West, and wanted to turn the Soviet Union into the next enemy, and continue to use it as a bogeyman that threatens Europe, so that it can tighten control over the European continent and reintroduced it into an alliance form, by establishing the North Atlantic Treaty Organization to confront Moscow’s bloc of countries that were called the Warsaw Pact.

The world entered a Cold War until the early 1990s when the Soviet Union collapsed, inherited by Russia, which then lived for about a decade rebuilding what was once a world power.

Since Russia has regained some of its status, and its global position as an influential power that seeks cooperation and securing its borders and security in the face of NATO, which considers Russia the default enemy in its military doctrine, on the other hand, nothing was given to maintain this from the other side.

Today Europe stands at a real crossroads since the beginning of the war in Ukraine, which seems to have revealed many complexities in the nature of Euro-European and Euro-Russian relations.

Undoubtedly, the US role comes, to add more complications, as usual.

It is the essence of the principles of the US politics and diplomacy, as explained by one of the most decorated figures, who laid its foundations, and it is still at the core of American policy doctrine.

Henry Kissinger spoke about it a long time ago, rudely and without any camouflage or concealment, “The US policy in general doesn’t seek or aim to end conflicts and crises in the world, but rather works to control their details and move them according to what serves US interests”.

In other world, you can keep kill each other, and we will even keep arming you, don’t stop, or don’t look for settling solutions, as long your conflicts pour money to the pocket of few in our side!

We could have avoided war in Ukraine in order to meet the interests of all sides, simple and easy.

And even regarding Europe’s quest to stop the war, what are the actual steps that Europe is taking to stop it?

The answer is… nothing

Europe continues to pour oil on the fire simply.

The truth, that Europe doesn’t actually do this by its own, as the United States, which is hiding behind the umbrella of NATO, insists on immersing Europe in all these problems and putting all European countries in a sensitive position, which could easily bypassed without reaching the way things are now.

The European division has become clear in terms of the confrontation with Russia, as if the picture is like that of the Second World War and its aftermath, a cold war that divided the European continent into two parts.

As a small piece of information, to enlighten the readers’ perceptions, the decision announced by the Russian President to sell Russian oil and natural gas in Russian rubles was in fact to achieve two actual goals.

The first goal, which everyone is talking about, is simply to support the Russian economy and the Russian currency, which is facing severe boycotts and sanctions, and so far, this goal has largely achieved, and still in progress.

The second goal, which is the goal that no one talks about, perhaps no one realizes.

The second goal is to test what is said to be the unity of European decision-making at the expense of the interests of European peoples, which in fact, no matter what some claim, seek to enhance their prosperity and their economic and high living standards.

To some extent, until this time, the achievement of this goal is heading to be achieved as well.

The division between the countries of Europe has begun and will increase, as the war continues.

The attempt of some to remove Russia from the European equation at the political and economic levels, in favor of an unknown alternative, which won’t provide the best for the inhabitants of Europe, and for sure won’t serve anyone.

As if Putin, knows, that despite the two Forms (EU, NATO) that are supposed to reunite Europe, in reality of the situation and far from media propaganda, Putin knows that Europe isn’t and probably never will be at the heart of one man.

Even if the interests of one country differ from another, the opinion of a large percentage of European people may be different from the opinion of their governments.

The European people are the ones facing inflation and rising prices now, not members of their governments.

In the past, the bogeyman used (turn the Soviet Union into an enemy in the eyes of Europeans) was communism.

But today there is no communism, Russia adopts the same European doctrine, but with small differences related to Russia’s heritage and history, a factor that doesn’t affect the Europeans to cause damage, especially to their own way of living and their own economic level.

Russia’s feeling that is always seen as the enemy, with voices emerging from time to time, strips one of the most important achievements in its history, which is its role in eliminating Nazism and fascism, which caused destruction and death, not only in Europe, but in most parts of the world.

No one wants to remember the tragedies of history, but today, by forcing Russia to take a path that it didn’t even want in the first place, in order to ensure its security.

With the many lessons learned from the experiences of history, which some in Europe insist on ignoring, things today are gradually becoming divisive.

Each European country has its own interests that serve its people, and they will necessarily conflict with what the United States is pushing some of its allies in Europe with, in order to turn yesterday’s ally and friend into the enemy.

Should Europe really walk towards a complete break with Russia, due to a problem that was primarily caused by Washington’s policies?

Is it necessary for Russia to continue reminding its neighbors that it is a friendly country, capable of providing many of Europe’s needs, in a very convenient ways, which is to guarantee security in the face of the Cold War agenda that NATO is still pursuing?

If some are tired of hearing the stories of the heroism of the Red Army in the Second World War, which cannot be denied in any way, they should be tired of the American domination of the European continent,

Hijacking the decision and the real European interests to serve interests that have no benefit for any European citizen who seeks prosperity and peace and maintains his way of life away from any inconveniences.

The same worrying style that US policies cause in the world, which began since the end of the Second World War and continues to this day.

What is the point of NATO, without an enemy?

Why shouldn’t Europe have its own army, for example, which would surely be a friend of Russia, and of course no one would seek a third world war?

The results of World War II, which painted a picture of the continuing reality to this day on the European continent, despite the collapse of the Soviet Union, and the formation of the European Union.

Russia has a role in ensuring its security, which the West should have respected, just as Russia respects the desires and needs of European countries.

As long as there are those who insist on creating a wedge between Europe and Russia, Russians will continue to remind Europe of lessons from history.

The defeat of the hateful fascism and Nazism, which devastated Europe, killing and displacing millions, didn’t come at a cheap price.

The truth is that the heaviest price in terms of losses fell on Russia with more than 25 million dead, a number more than all the losses of the rest of the Allies and the Axis powers combined.

Today, Europe is at a crossroads, or should it respect the Russian sacrifices, and respect the requirements of Russian security, which is logically security for Europe itself.

The wise men of Europe could easily come to terms with Russia and avoid what is happening in Ukraine today, but unfortunately there are those who are standing behind the curtain somewhere directing matters in the other direction, and they are certainly not in Moscow.