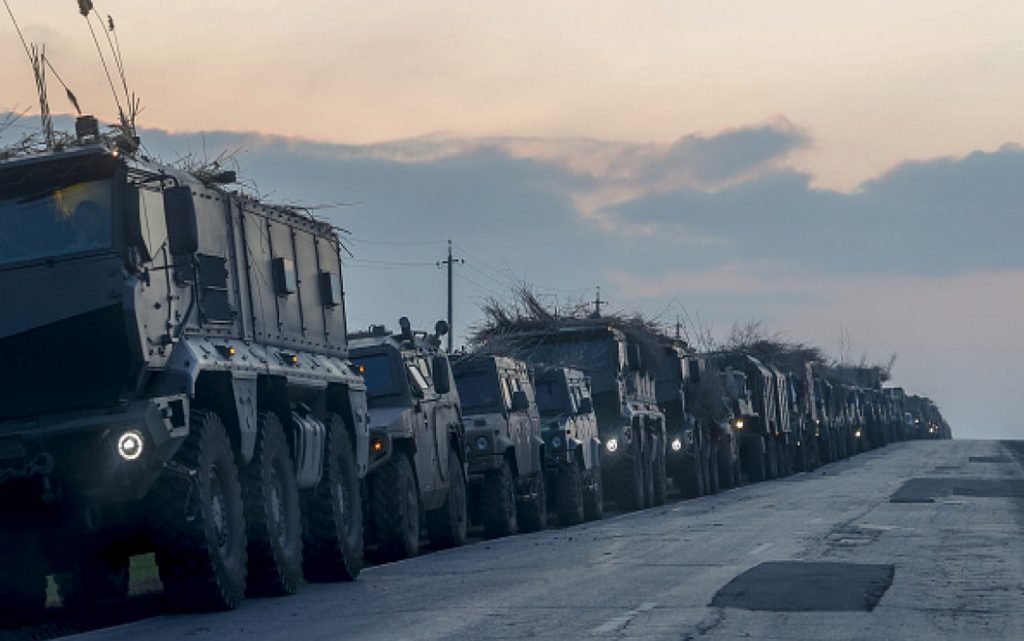 Instead of causing fear among the Ukrainians, a column of Russian vehicles stretching for tens of kilometers inspired the residents of Kyiv to join the resistance.

The “Washington Post” correspondents in Kiev, Sibohan O’Grady and Karon Demirjian, report from the Ukrainian capital, that this convoy of about 40 miles (about 65 kilometers) in length of Russian armored vehicles, tanks and artillery is heading from the north on a road leading To Kyiv, it caused concern and confusion for observers of this expanding war, not only because of its size, but also because it stopped for a few days without noticeable movement, according to the correspondents.

To impede the possible infiltration of Russian forces in this convoy, which is only 15 miles (about 24 kilometers) from the capital, the Ukrainians erected makeshift barriers throughout Kyiv, and on some strategic roads, and stopped trams and other buses to slow any possible advance of the Russian military mechanisms, according to the newspaper.

Checkpoints were also set up to check identity cards in order to root out potential saboteurs.

In an interview, Kyiv Mayor Vitali Klitschko commented on what the city’s residents do to confront the Russians, saying, “We’ve a lot of gifts” for Russians, but they are “not tasty… Rather, they are very painful”.

The two correspondents attribute to US officials the reason for the stoppage on logistical failures from the Russian side, including food and fuel shortages, which slowed the progress of their forces through various parts of the country.

They also credited Ukrainian efforts to attack select parts of the convoy in order to paralyze it.

However, officials warn that the Russians could regroup at any moment and continue to march forward.

The authors point out that the Russian convoy was a source of inspiration rather than a source of fear, as it motivated the population to avenge the Russian war in any way possible, and Klitschko asserts that “the target is the capital of Ukraine,” and admits that the movements of Russian forces from the north pose a danger, but adds in a tone Challenge “We’re preparing to respond”.

In the north of Kyiv, the authors say, soldiers and volunteers dug trenches, set up positions and brought equipment – including an anti-aircraft gun – in preparation for the possible arrival of Russian forces in the capital, and almost all businesses in the city were closed, except for some groceries, gas stations and pharmacies, and with schools closed. and offices, residents fled in large numbers or joined the resistance, according to the authors.

While US officials say the convoy is designed to fill any potential shortfall in equipment and men for Russian forces, they acknowledge that it is still possible that some elements were intended to assist in the offensive.

In this regard, the authors quoted what the Pentagon spokesman John Kirby said on Monday that “our assessment is that it is intended to be largely resupply, but I cannot rule out the absence of combat vehicles,” and “we cannot even say that it is a single convoy and not a group of convoys”.

In the absence of the fighter planes that the West has so far refused to deliver to Ukraine, some Ukrainians hope that Turkish drones will help them strike this convoy, and although residents are preparing for the approaching convoy, they now realize that they may not have a chance to get out soon because the Russians are still in control More ways.

Yesterday, the two correspondents say, the central train station in Kyiv was packed with fleeing families, many of whom were carrying their dogs and cats, and were crammed into crowded trains heading west.