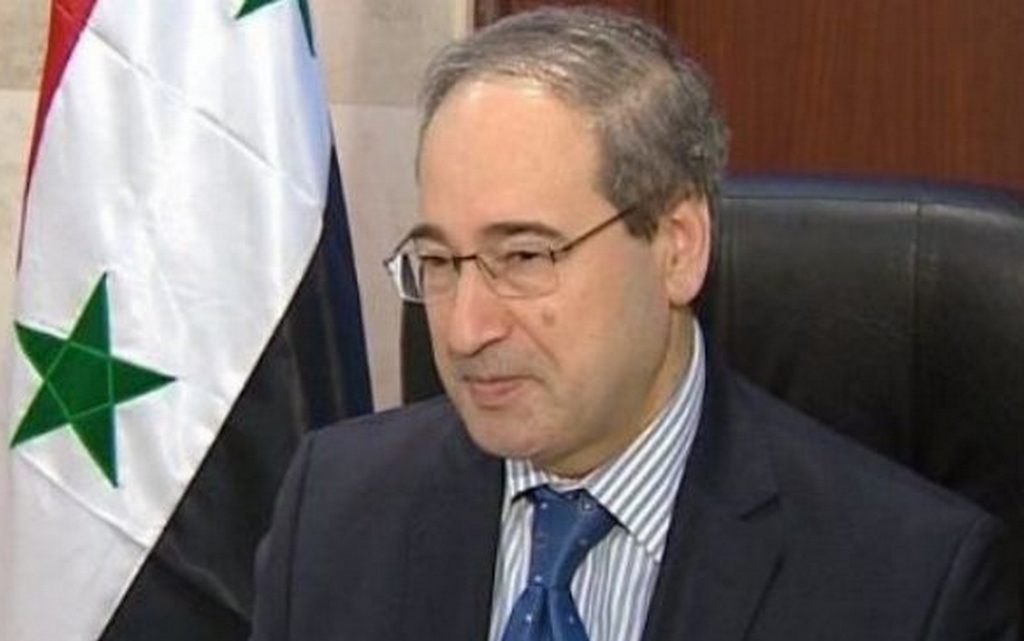 The Syrian Foreign Minister, Faisal Miqdad, said that Syria is capable of responding to the Israeli attacks, and it is the one who controls the response.

Miqdad added, in an interview with An Arabic al Mayadeen TV, that “Israel must know that the response will inevitably come”.

Miqdad claimed that Syria was subjected to a terrorist war, and it endured and won, and added: “We don’t say that we have won completely as long as the terrorist organizations still exist and the Turkish occupation continues to support them, and as long as the US occupation is still in the north of the country and continues to plunder its wealth of wheat and oil”.

He added, “We won’t rest until every speck of dust is liberated from our country”.

Miqdad stressed that Syria stood by Russia because “the West is the one who supports terrorism in Syria, stressing that Russia is a major country and will achieve its goals in Ukraine”.