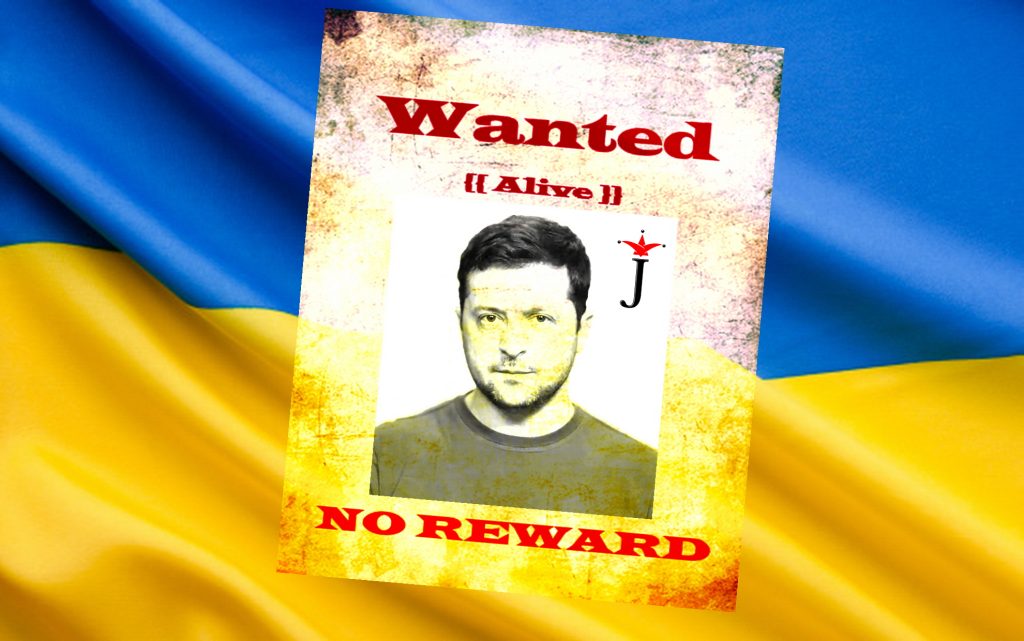 An Israeli channel said that Russia had informed Israel that it knew the whereabouts of Ukrainian President Volodymyr Zelensky, but that it was refraining from targeting him directly.

The private Israeli Channel 12 quoted Israeli officials – whose names weren’t mentioned – that Russia sent messages to several parties, including Israel, stating that it knows Zelensky’s whereabouts, but doesn’t intend to harm him.

According to officials, Russian President Vladimir Putin would prefer to keep Zelensky alive and arrest him.

On the other hand, the New York Times quoted officials as saying that Washington provided the Ukrainian president with encrypted communications equipment to secure his movements and communications with US President Joe Biden.

This news comes after Israeli Prime Minister Naftali Bennett met President Putin in the Kremlin in Moscow on Sunday, where he held talks with him that lasted for three hours, as part of his efforts to mediate a ceasefire in Ukraine.

A senior Israeli political official said that the visit of the Israeli Prime Minister was coordinated with Washington, Berlin, London and Paris, as well as with Ukrainian President Volodymyr Zelensky.

The sources indicated that the White House “encourages Israel to take advantage of its special status to talk with the Russian and Ukrainian parties”.

Bennett flew to Moscow secretly during the Jewish Sabbath holiday on a private plane usually used by the Israeli foreign intelligence service, the Mossad.

Last week, Bennett offered Putin an Israeli mediation to resolve the crisis between Moscow and Kiev, but Israeli media said at the time that the Russian president rejected the initiative.

Russian forces have been waging war on Ukraine since February 24, and they have continued to advance towards the capital, Kyiv, from several axes.