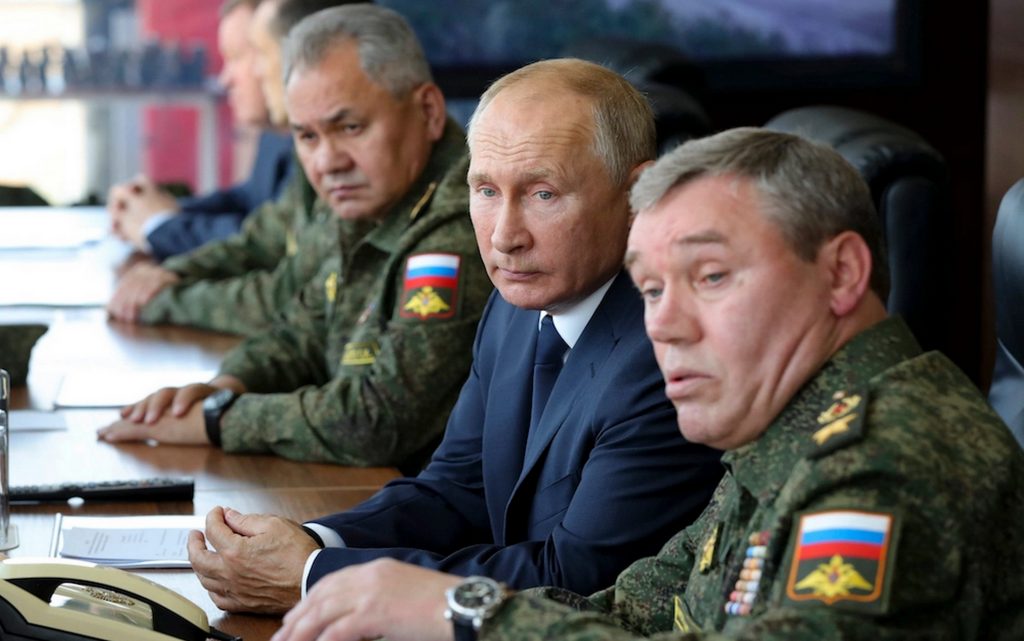 On February 24, 2022, Russia launched a large-scale attack on its neighbor Ukraine, and the fighting has since reached the capital, Kyiv, as the Ukrainian State Emergency Service revealed that more than 2,000 civilians have died as a result of the invasion so far.

The actions of the Russian army and government were violently condemned by the international community, and a range of sanctions were imposed, hoping to deter aggression by destabilizing the country’s economy.

Of course, the sanctions have done little to deter Vladimir Putin from his expansionist ambitions, but combined with heavy military costs, they may have a broader impact this time around, some argue.

What are the Russian losses?

In a post on her Facebook page, Ukraine’s Deputy Defense Minister Hanna Maliar claimed that Russian forces lost nearly 5,000 soldiers during the invasion.

She also noted that the Russian army lost about 146 tanks, 27 warplanes, and 26 helicopters.

A new study by the Center for Economic Recovery and consulting firm Civitta and EasyBusiness provides a quick assessment of the costs of the war on the Russian economy and finds that – even according to the most conservative estimates – it is costing tens of billions a day, according to Consultancy.

As for direct losses from the war alone (including destroyed military equipment, and casualties), the study estimated that it cost Russia in the first five days only about $7 billion.

It is also expected that the loss of human life alone will account for 2.7 billion dollars in lost GDP over the coming years.

As a result of all this, according to the researchers, the daily cost of the war to Russia is likely to exceed $20 billion as the invasion escalates. 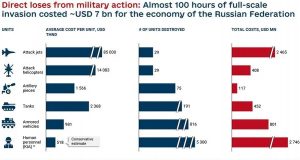 What is more than military cost?

All of the above is, of course, only part of the damage to Russia.

Moreover, especially with the ruble falling to a historic low amid international sanctions and a ban on international transfers to the Western world, the collapse of the Russian economy is only a matter of time.

The market value of Russian companies is also declining very rapidly, and with the new restrictions on the circulation of government bonds and the freezing of central bank assets, it has become very difficult for the Russian authorities to maintain the overall stability and service of the country’s sovereign debt.

Sanctions have already been imposed on the Nord Stream 2 pipeline, resulting in a loss of expected future revenue.

The ban on importing high-tech products will affect value chains in the medium and long term.

For ordinary Russians, this will lead to inflation and a decrease in purchasing power, pushing millions into poverty and threatening a deep recession.