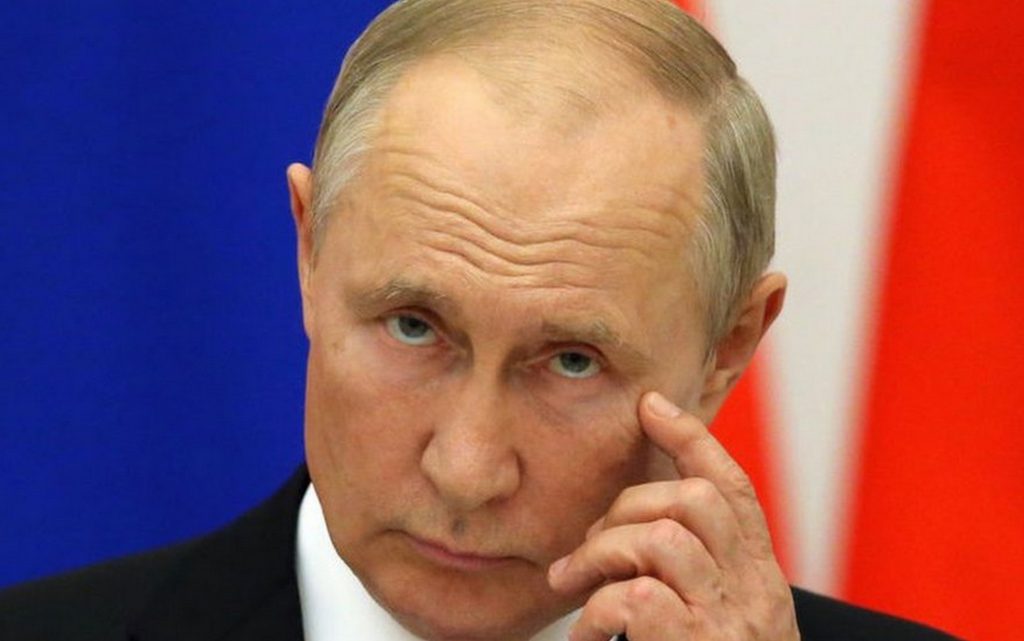 The Eurasia Review magazine said that Russian President Vladimir Putin made 5 strategic mistakes that led him to invade Ukraine and will have devastating consequences for the Russian Federation.

The Eurasia Review pointed out that the first mistake is that Putin has a wrong idea about the military and political situation in Ukraine.

Putin believed that “the Ukrainian regime would collapse quickly like a house of cards because it failed to understand the nature of the Ukrainian revolution and its anti-colonial character”.

The second mistake, is that Putin had a wrong idea about the military capabilities of the Ukrainian army.

Russia’s easy victory in the Crimea eight years ago played a major role in the deception against the Russian president.

The Eurasia Review considered that the third mistake was related to Putin’s unrealistic assessment of the capabilities of the Russian army, while the fourth mistake was the Russian president’s underestimation of the strength and unity of the international reaction.

“Almost the entire world has turned against Putin and his war, including China, which has shown that its relations with the United States are a priority compared to those it has with Russia”.

The Eurasia Review pointed out that the fifth mistake is the Kremlin leader’s exaggeration of the effectiveness of nuclear blackmail, and that he assumed that his possession of a nuclear shield would enable him to act with impunity.

Taken together, these five mistakes eventually led to dire consequences that will have a significant impact on Russia for decades to come.

Among those consequences, is that from now on, “Putin, the Kremlin, Russia and the Russians in the eyes of international public opinion are equal, and no one will distinguish between those sanctions imposed on the Kremlin and those imposed on Russia,” according to the analysis.

Also, Putin’s actions have turned Russia into “the most outlawed regime, and it will take decades to get rid of these measures”.

The Eurasia Review also saw that Putin is on his way to establishing a “theocratic dictatorship” and the isolation imposed on his country would “turn it into a country similar to North Korea, a country that possesses nuclear weapons, but without a functioning economy”.

Eurasia Review concluded its analysis by saying that not ensuring the use of nuclear weapons by Putin will increase the risk of nuclear war, and this will constitute a “permanent nightmare for several generations” not only for the rest of the world but for Russia as well.