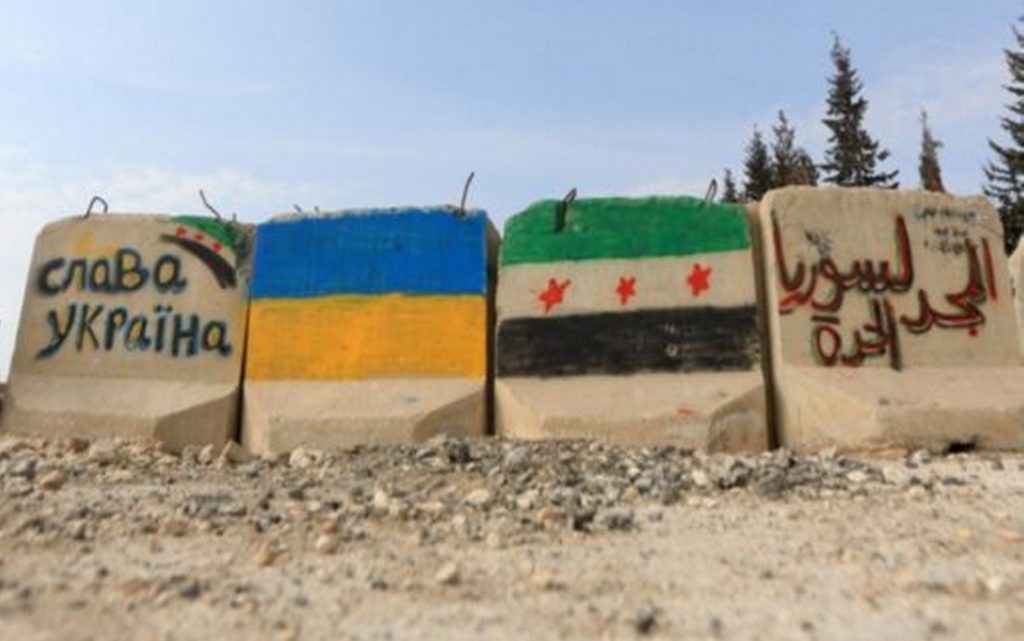 A Russian military source reported that members of the Ukrainian Security Service and the Turkish National Intelligence Service are recruiting militants in northern Syria to the ranks of Ukraine’s territorial defense.

A military diplomatic source revealed that members of the Ukrainian Security Service together with Turkish National Intelligence officers had visited northern Syria, noting that during the meetings held there with pro-Turkish formations, the possibility of recruiting militants in the ranks of Ukraine’s regional defense was discussed.

A diplomatic military source said that on February 4, “a group of three members of the Ukrainian Security Service, accompanied by officers from the Turkish National Intelligence, went to Turkish-controlled areas in northern Syria, including the settlements of Afrin and Azaz”.

The source added that the group visited the base of an armed group affiliated with the Turkish backed Syrian National Army, where they met the leaders of a number of pro-Turkish formations, “Sultan Murad” “al Mu’tasim,” as well as the camps of illegal armed groups.

“In the course of these contacts, the possibility of recruiting militants into the ranks of the territorial defense forces of Ukraine was discussed.

It was agreed to organize a series of secret meetings with the concerned persons.

Russian intelligence service announced, that the United States had trained fighters from ISIS at al Tanf military base, which is under the control of the US army in Syria, in preparation for their use in Donbass, to participate in sabotage activities, and terrorism in Ukraine, where they will most likely be transported through the territory of Poland.