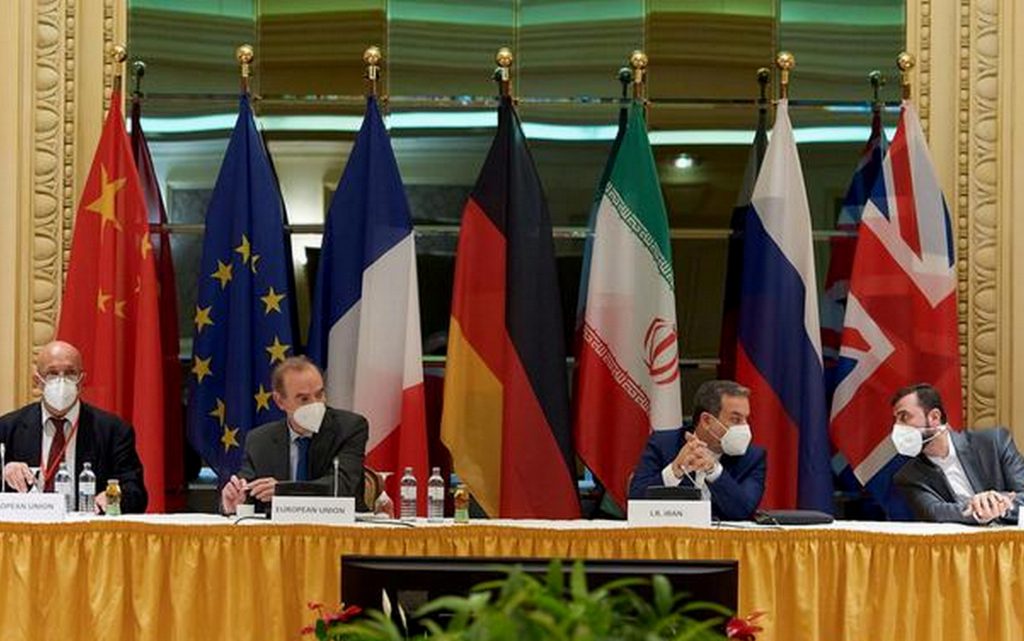 Russia said on Saturday it wanted written guarantees from the United States that sanctions against Russia wouldn’t harm its cooperation with Iran under the 2015 nuclear deal with world powers that Tehran and Washington are seeking to revive.

“We want to ensure that these sanctions in no way affect the trade and economic system and investment relations” in accordance with the Joint Comprehensive Plan of Action the nuclear deal, Foreign Minister Sergei Lavrov told reporters.

For his part, a senior Iranian official told Reuters on Saturday that Russia’s demand for written guarantees from the United States that sanctions against Moscow wouldn’t harm its cooperation with Iran was nonconstructive for talks between Tehran and world powers aimed at reviving the 2015 nuclear deal.

“The Russians put this request on the table two days ago,” the official in Tehran added.

There is an understanding that by changing its position in the Vienna talks, Russia wants to secure its interests elsewhere.

This step isn’t constructive to the Vienna talks on the nuclear deal”.

Russia said on Saturday that Western sanctions imposed on it over the conflict in Ukraine had become a stumbling block in the Iran nuclear deal, and warned the West to take into account Russia’s national interests.

“We ask for written guarantees… that the current process initiated by the United States will in no way harm our right to full and free trade, economic and investment cooperation and military-technical cooperation” with Iran, he added.

Iran has agreed to provide documents to IAEA monitors that will help settle a contentious investigation by May 21, paving the way for a broader nuclear deal with world powers and a possible return of Iranian oil to global markets by the end of the year.

On Saturday, the agreement was announced in Tehran between the Director of the International Atomic Energy Agency, Rafael Grossi, and the head of the Iranian Atomic Energy Organization, Mohammad Eslami, according to Bloomberg News Agency.

The agreement is likely to be a step forward toward restoring a 2015 agreement that curbed Iran’s nuclear program in return for sanctions relief.

Grossi said a practical and pragmatic approach to evaluating the documents should help IAEA investigators answer questions about the origin of the uranium particles detected at several undisclosed sites.

He added that it would be difficult to imagine a return to the so-called Joint Comprehensive Plan of Action agreement without clarifying the investigation.

The latest report of the International Atomic Energy Agency on Iran, issued on Thursday, indicated that Tehran had increased its stockpile of highly enriched uranium to reach 33 kilos of enriched uranium with a purity of up to 60%.

It is noteworthy that Iran is conducting negotiations in Vienna with the 1 + 4 group, which includes France, Germany, China, Russia and Britain, to revive the nuclear agreement concluded in 2015 after the United States withdrew from it in 2018 and imposed sanctions on Tehran.

For its part, Iran has abandoned some of its obligations stipulated in the agreement and has increased the amount of enriched uranium and the rate of enrichment.