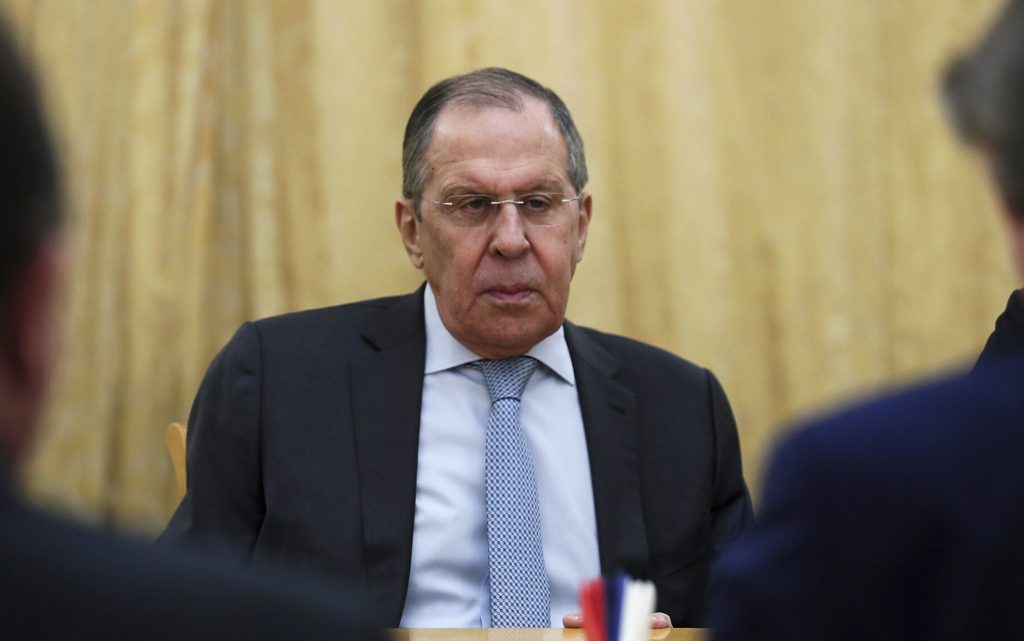 Russian Foreign Minister Sergei Lavrov said that there is information that the Mariupol authorities are refusing to give the population the opportunity to pass through the humanitarian corridor.

“The impression is that the Ukrainian regime is deliberately holding foreigners and civilians as hostages,” Lavrov added.

He continued, “There is information that the Kherson authorities refused to accept humanitarian aid from Russia, and this is similar to the methods of the Kyiv regime”.

Lavrov noted that the Russian army did everything in its power to ensure the functioning of the humanitarian corridors in Ukraine.

The minister noted that the Russian armed forces are ready to help evacuate foreign students from Kharkov, but the Ukrainian side prevented this.

The Foreign Minister noted that since the beginning of the special military operation in Ukraine, Russia has shown its willingness to provide humanitarian corridors.

The Russian Defense Ministry said that no Ukrainians used the safe corridors established near the cities of Mariupol and Volnovakha on Saturday, and accused Ukrainian nationalists of preventing civilians from leaving.

In comments that strongly contradict what Ukrainian officials said, the ministry said that Russian forces came under fire after establishing safe corridors during a temporary ceasefire.

Mariupol city council had previously stated that Russia was not fully observing the ceasefire, while the Ukrainian authorities said they were studying reports that Russian forces were taking advantage of the ceasefire to advance towards Mariupol.